Letters To The Editor: Toronto’s heritage is the best form of free art

NOW readers weigh in on how to keep art accessible for all Torontonians, Truth and Reconciliation and why Morrissey is still a dick 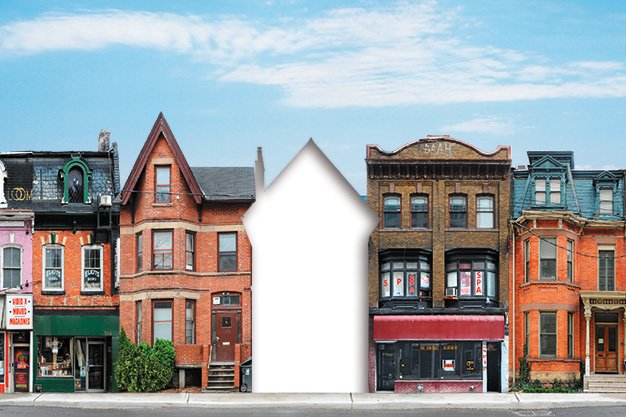 Keeping art accessible for all Torontonians

As a regular visitor to the Art Gallery of Ontario on its free Wednesday nights, I really appreciated Kevin Ritchie’s article on the cost of visiting Toronto’s museums (NOW Magazine, May 9-15).

I appreciate the AGO’s efforts to lower prices and attract more visitors, but considering that admission only accounts for 10 per cent of revenue, Canadian museums and art galleries should move to free admission, like in Britain or Washington, DC. You just have to see how busy the AGO gift shop is on a Wednesday night to realize how much of a revenue booster it is.

Ironically, also in the same issue of NOW, Richard Longley has another interesting article on gentrification and Toronto’s disappearing heritage. When it comes to free art, I think the best comes in the form of city heritage.

New York and so many other great world cities that preserve their heritage boast amazing streetscapes. But here in Toronto we’re busy laying waste to heritage preservation laws with rampant condo development. Just look at the destruction of Yonge Street and its fast-fading late-19th- and early-20th-century architecture.

Art comes in many different forms, from architecture to Monet, Tom Thomson and Emily Carr. Let’s keep it as accessible as possible.

College spot “Ten” is worth a look-see

Regarding your cover story on best new restaurants (NOW, May 16-22).You missed a just-opened, innovative new spot: Ten at 1132 College, chef Julian Bentivegna’s ode to plant-based simplicity. It offers 10 courses in an intimate setting for 10 diners.  As a largish male used to protein off the hoof, I confess to a fear that the five-course tasting menu I tried wouldn’t fill me up. I was very wrong, very satisfied and quite full. Worth a look.

Reconciliation efforts stalled in the Senate

With the clock running out on the current session of Parliament, I’m paying close attention to whether the Senate passes a long-overdue bill on reconciliation.

Bill C-262 was approved by the House of Commons last year but it’s gotten held up in the Senate. What the bill does is set out a framework for the federal government to work with First Nations, Inuit and Métis people to implement standards set out in the United Nations Declaration on the Rights of Indigenous Peoples. It’s a goal that’s been supported by politicians of all political stripes but there’s still a danger that Bill C-262 could remain stalled in the Senate.

We should all be following this story and asking our political leaders and all Senators to do the right thing. Bill C-262 must be passed before this session of Parliament ends. Reconciliation is too important for an opportunity like this to be wasted.

A defence of socialism

Letter-writer Moses Shuldiner claims that “Marxist” countries don’t work (NOW, May 2-8). What he doesn’t mention or maybe doesn’t understand is that any nation that has decided to pursue Communist or Socialist (“Marxist”) policies on a large scale in the past decades has had to face the wrath of the U.S. and Western powers in general.

I’m sure he remembers Vietnam and the ongoing aggression against Cuba, which by the way has a lower infant mortality rate and higher life expectancy than its bully the U.S.

Libya was a socialist powerhouse, being the most prosperous nation in all of Africa, with living standards as high as (and higher than) some European nations. But we know what happened to Libya.

We should take into consideration all the “Marxist” nations the West has destroyed before we make certain claims. Btw, Scandinavian nations do quite well with their “Marxist” policies.

Morrissey is still a dick

Just read Kevin Hegge’s review of the Morrissey show (NOW Online, April 28), and while I applaud the willingness to publicly wade through a complicated “relationship” with an admired (major former fan here!) and problematic artist, I’m actually left with confusion over the 4N rating.

Is that for the music or the Faith Goldy name-check? Or for Moz fanning anti-immigration paranoia?

Just being bratty here, but let’s get real: in what universe would Morrissey bring up Bruce McArthur’s case? That’s like hoping Doug Ford will talk about climate change or poverty or, hell, any important social issue.

Hegge broke up with Moz in 2017 and they got back together for a one-nighter in 2019 – his right to choose of course! Moz is “still a dick,” but I humbly think you forgot to add “racist” and “xenophobic.” We hate it when our friends become racist (or do we?).

We’re not all mirror-busting radicals

I hate to say this, but maybe a particularly irritated cyclist ripped off letter-writer Elizabeth Block’s side mirror when she had to leave her vehicle in a bike lane because of a dead engine (NOW, May 9-15). A note under the wiper blade might have been more appropriate. Not all cyclists are unreasonable, mirror-busting radicals. Most of us just want to get home safely using the three or four feet of road space allotted to us here and there.