Plus, a word to the wise voter, broken promises on climate action, and what a great Bob Dylan musical looks like in Letters To The Editor 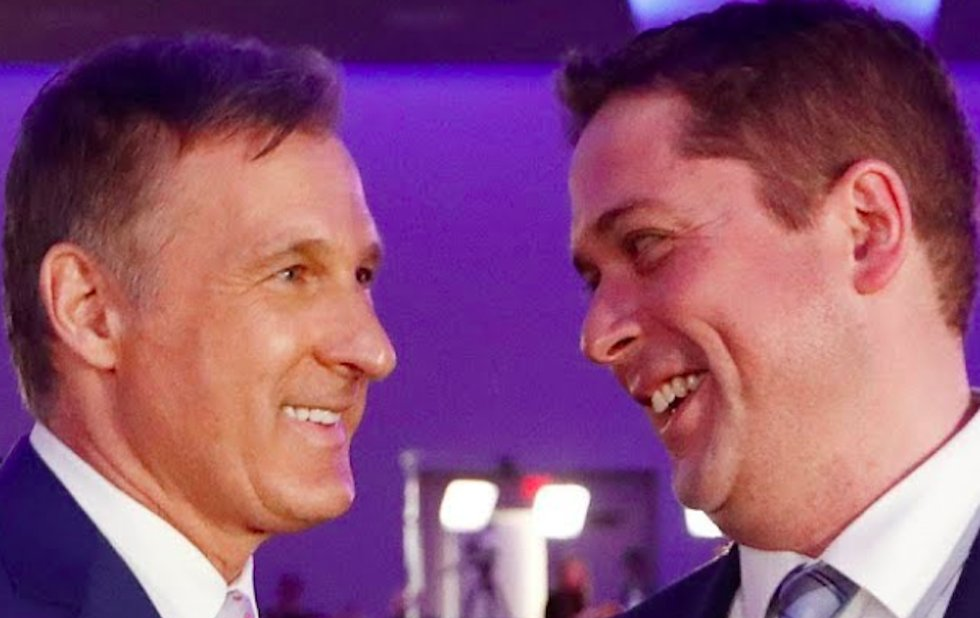 Re: Scheer Warning (NOW, October 10-16). We should be paying more attention not so much as to what Andrew Scheer is saying, but to what he is not saying. Every regressive Conservative government has had a secret agenda. Doug Ford is a perfect example.

That Scheer released his economic platform late on a Friday afternoon before the Thanksgiving long weekend speaks volumes.

A vote for Scheer means a return to xenophobia, division, fear-mongering, cutbacks, rollbacks and other Draconian measures. Do we really want to return to the Harris/Harper/Ford Canada?

Things can only get worse from here

I was disappointed to hear of the actions that have betrayed Trudeau’s desired image. However, my fear is that we only have a choice between two parties this election. The answer is to vote strategically. I am confident that we will get much worse with the Conservatives.

Justin Trudeau may not be perfect, but he’s a darn sight more palatable than the homophobic, bigoted, misogynist Scheer. Do we want to go down the same path as the U.S.? I thought we as a nation had grown up from the days when we always seemed to follow what they did down there.

Scheer is an American citizen along with being an evangelical. We up here like to be smug and think that what’s happening with the religious right in the U.S. can’t happen here. Don’t fool yourselves. Some of us may have to hold our noses and vote Liberal this time (I usually vote NDP) but think of the alternative. Be wise, Canada.

Canada’s per capita emissions are currently 22 tonnes per person – pretty much the highest in the world. To dial that down to 2.1 tonnes is about a 90 per cent reduction. The NDP claims they’ll cut about 11 tonnes per person, taking population growth into account. The Green Party says they’d reduce emissions by 60 per cent – which is 7.3 tonnes per capita. Just for the record, that’s considerably higher than Sweden’s current per capita emissions, which sparked Greta Thunberg’s school strike. And, of course, it’s more than three times higher than is consistent with a livable climate.

Nobody should be surprised that our political parties are happily trashing the future of humanity (and a few million other species). They are, after all, the managers of the economic and political system that has caused the climate crisis.

It’s true that politicians break their promises, but even if they were as good as their word in this case, the consequences would be disastrous.

I’m writing in response to Susan Cole’s ludicrous, bitter tripe about Girl From The North Country (NOW Online, October 7) for fear a single person might honestly miss this show based on her bile. This is what a great musical can be. This is a great musical. This is great theatre. Cole should stick to her books.

Building on our Indigenous history

Regarding letter-writer Ted Turner’s Acknowledging The Roots Of Racism (NOW, October 3-9). Let’s do some more examination. What about Marie de l’Incarnation opening a school (1642) for both Indigenous and French Canadian girls? What about the Europeans and Indigenous peoples making alliances they were commercial and led to wars, but what else is new? How about the Great Peace of Montréal (1701) and the intercultural exchanges there? What about the original peoples’ allegiances in the face of the American Revolution? What about the British negotiating territory for Indigenous peoples at the Treaty of Ghent (1814), which was dishonoured by the Americans? This list could be quite long. Acknowledging the mistakes of the past is very good. It is even better to build on that which is positive in our past.