NOW MagazineNewsLetters To The EditorWhy treat the injustices against animals differently?

Why treat the injustices against animals differently?

Plus, returning the Conservative Party to pre-Harper levels of credibility, the real endgame in Iran and an honest review of the Cats movie 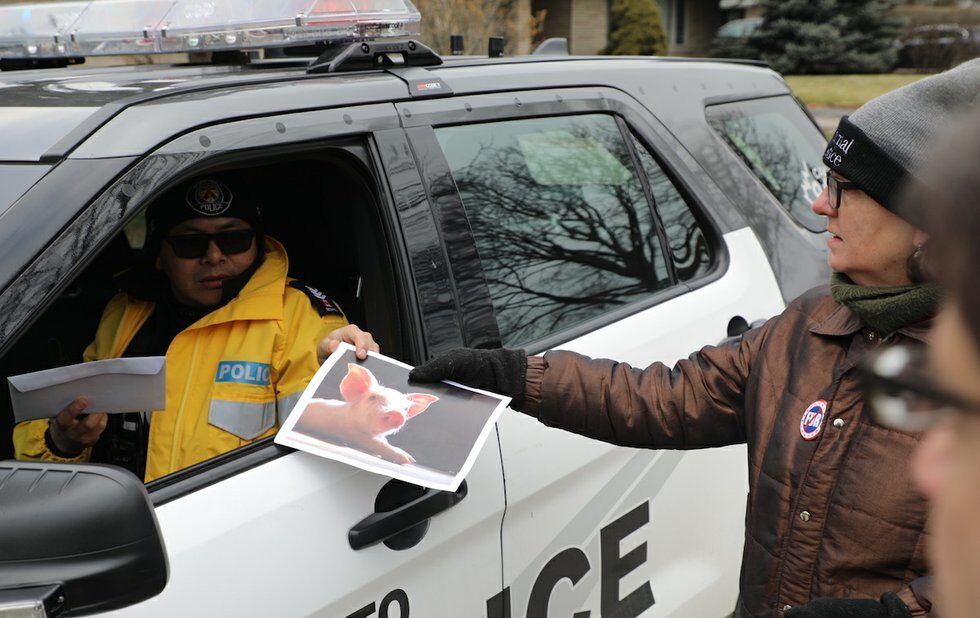 All forms of direct action, civil disobedience and the like are necessary, and have been necessary in social movements throughout history, so why should we treat the injustice against non-humans any differently?

Bill 156 is speciesist legislation to continue to keep the inherent violence against animals in the dark and out of sight. I applaud anyone willing and able to speak out non-violently against injustices.

Think of the real victims of this industry, the non-humans bred into existence merely to be a means to an end.

In 2020, it is unacceptable and unnecessary to exploit anyone for any reason. Reject speciesism.

Not enough shovels to dig out Scheer’s BS

Thank you for another thoughtful insight into the inner workings of the Conservative Party (NOW, January 9-15).

In my mind, if the Cons are ever going to return to their pre-Harper levels of credibility, they need to draft Danny Williams to clean house. He could expose and clear all the teeming piles of political filth that fester in the party’s dark corners, and rebuild a federal Tory party with some hope of having a positive impact on Canada’s future.

The trouble is that there’s so much shit that there might not be enough shovels in Newfoundland for the task.

Election could have been worse for NDP

It was good to see Jagmeet Singh get some positive coverage post-election, but why has the NDP federal council, at the urging of Singh, cancelled the NDP federal convention, which the party constitution requires be held in 2020? Instead, the council put off the convention to late 2021.

NDP conventions are typically money-makers. Moreover, they are vital venues for members to have their say. Future funding and internal democracy are two elements that the NDP now desperately needs.

Is fear of a leadership review a reason for the cancellation? The loss of 20 seats since the 2015 election is bad, but may have been even worse had Singh not turned a little to the left to differentiate himself from the Liberal Party.

The real endgame in Iran

Re In Photos: No War With Iran Protest (NOW Online, January 5).

After three decades of news consumption, I still have yet to come across a mainstream media outlet to note that one of the main reasons the Iranian Revolution occurred was due to foreign oil companies, notably those of the U.S., exploiting their resources.

Trump is king of the world

How astonishing to see the American people so conflicted over the actions of their president, whose behaviour only illustrates the deep constitutional flaws and moral shortcomings of the United States.

Under the right political conditions, and with a fanatical administration behind him as these Republicans, a president like Donald Trump becomes an elected king.

He ordered the killing of an Iranian general and terror group mastermind – triggering the demand U.S troops leave Iraq – and then boasted he has no duty to consult Congress about war decisions.

The Democrat minority has no ability to impeach Trump or limit his war-making powers. Ipso facto, Trump is king.

The only way to keep fossil fuels in the ground, stop billions in subsidies to the auto industry and help our climate is getting people out of their cars and onto public transit. Canadians consume the second-highest amount of gasoline per capita after the United States.

Thanks to Glenn Sumi for his honest review of the Cats movie (NOW Online, December 19, 2019). I liked his examples and felt he did a good job putting some of my feelings into words. It was reviewed with respect rather than just tearing it apart like some other reviews. Well done!