Plus, why a recent court ruling on prostitution should be a warning to the feds and an argument for Doug Ford's Ontario line in Letters To The Editor this week 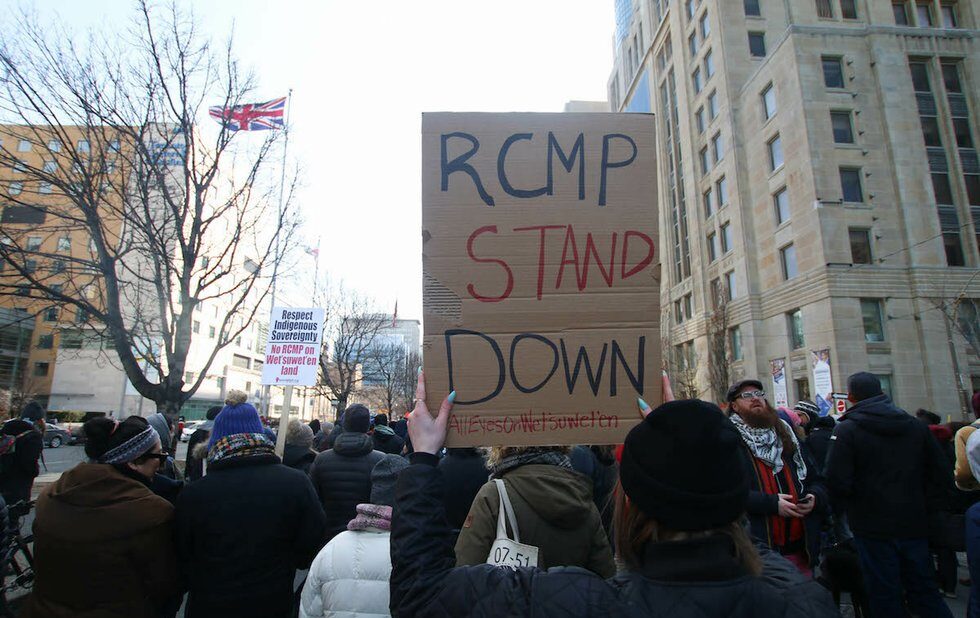 Hitting the snooze button on reconciliation?

I was a bit bemused by the cover line for Pamela Palmater’s article regarding the Wet’suwet’en solidarity protests (NOW, February 27-March 4). While I fully agree with her and am highly supportive of Indigenous rights, it must be pointed out that we’ve had several of these “wake-up calls” since the 1885 Northwest Rebellion, which have either been repressed and/or dismissed by past governments, history books and society.

Have we also forgotten, in more recent times, the Idle No More and MMIWG movements, to the Oka Crisis 30 years ago? I keep wondering how many more of these wake-up calls it’s going to take before we do something. After 154 years of Confederation, Canadians should know better by now about offering real reconciliation with First Nations communities instead of hitting the snooze button.

I found your cover story on the Wet’suwet’en pipeline conflict and ensuing protests interesting, but predictable.

Most people in Canada know that Indigenous people have been treated horribly and most Canadians believe in reconciliation.

But this is indeed a wake-up call for Canada. For many, it’s time to move on. Make amends where we can and compensate where justified, but I don’t think a comprehensive solution is in sight.

There are no easy solutions on this file, but protest actions by Indigenous groups and their supporters erode public support and alienate Canadians.

Lots for settler-Canadians to consider

Settler-Canadians appreciate the need to correct centuries of wrongs done to Indigenous peoples (NOW, February 27-March 4). Many also see the need to actively reach agreements on unceded lands, where negotiations are still “nation to nation,” with the Indigenous nations governed as they were.

At the same time, we should be trying to ensure equal social and educational treatment on reserve lands. Lots to open ourselves to and discuss and negotiate. It will be very interesting, worthwhile and challenging for everyone in Canada.

Prostitution ruling a warning for the feds

The recent Ontario court ruling that three provisions of the Criminal Code relating to prostitution are unconstitutional (NOW Online, February 25) should serve as a warning to the federal government.

Just as lawyers, accountants and architects have been able to organize and market their services directly to the public without being employed or managed by anyone outside of their profession, prostitutes have enough skill, talent and initiative to do the same.

Keep good weed ideas to yourself

The details that are left to hammer out on cannabis cafes (NOW, February 27-March 4) are principally how to enable the same corporate exploiters of retail cannabis to run anyone else who plans to open a place out of town. If you have a good idea, keep it to yourself or lose it to the same corporate scum. They’re just fishing.

I write to you having worn many hats as an actors’ agent. I always attended opening nights as family and friends were wanted to convey positive responses and energy in the house.

I do not remember any standing ovations (NOW, February 27-March 4) back in the day. Enthusiastic applause, but not much more.

Ontario Line is not perfect but necessary

The Ontario Line, however imperfect, is a badly needed fix to our transit system (NOW, February 6-12).

Toronto faces a twofold problem. First, our history of poor municipal transit planning, and second, urban intensification. There are simply too few trains and too few lines to handle a growing population.

Consider its efficiencies. An alternative north-south line will ease the people crunch, especially between Yonge and Dundas stations.

People will also have flexibility in reaching alternative departure points along the Lakeshore GO train lines. Exhibition, the Ontario Line’s terminal station, will ease the number of riders swelling Union Station. Metrolinx, however, must address the communal and environmental impacts, especially along Flemingdon Park.