NOW MagazineNewsLetters To The EditorConcert Hall known for some tough crowds: Reader Love and Hate

Plus: Flipping the switch on recent flooding 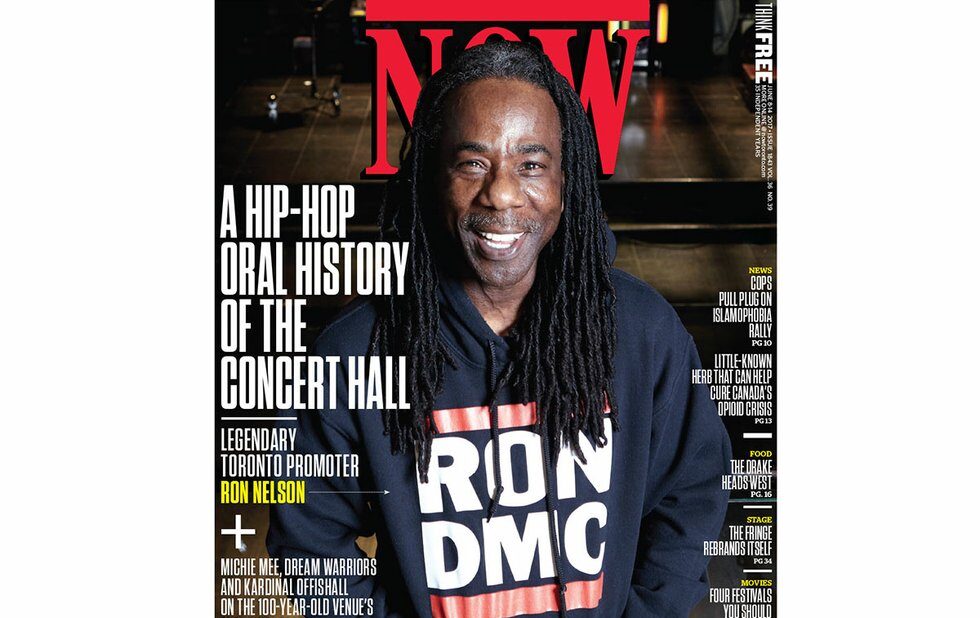 I loved reading The Untold History Of Hip-hop At The Concert Hall, with Ron Nelson (NOW, June 8-14).

It brought back tons of memories. I used to faithfully listen to the Fantastic Voyage program with Ron Nelson every Saturday. Just as Kardinal Offishall described, I had my fingers on the record button of my boom box to tape the freshest stuff. I still have one cassette from the program.

The first concert I attended sans parents was LL Cool J at the Concert Hall. LL was really late hitting the stage, and they put out a young beatbox duo to appease the crowd. I was impressed. But the crowd was antsy and someone threw a can of 7 Up on the stage, and they stormed off in a huff. Tough crowd.

I witnessed the ascent of Ron Nelson as Toronto’s hip-hop “it guy” during the early 1980s. I attended my first Nelson-promoted show at the Concert Hall in 1987. Dubbed Rap Attack ’87, it featured headliner MC Shan, with opening acts Heavy D & the Boyz and Salt-N-Pepa. The show was memorable, to say the least. Kudos to Nelson.

Re How High Is Too High In High Park by Lisa Ferguson (NOW, June 8-14). Since when did NOW Magazine start hustling for developers?

Yes, there are many renters in High Park. Ferguson should have spoken about how their homes will be ruined by the developments that profit-driven developers and their shareholders have planned for the area.

The whole of Bloor-Danforth needs affordable housing, but Minto and GWL know High Park is desirable. Well, not for much longer, if they get their way.

The whinging about high-density (or any) development in High Park is amusing. I guess the High Park “angridents” (dibs on this new word) assume that someone at City Hall has developed a magic fairy dust to sprinkle over our fair city and poof!!!, housing for the 100,000 plus people moving into the GTA every year miraculously appears without impact.

Toronto is a world-class city run by kindergarten-class politicians who seem oblivious to the economic realities of our new popularity. Grabbing back control of development (OMB changes), spurred on by the local horse-and-buggy crowd, will apparently lead us back to the leafy, low-density 1960s.

It’s 2017, folks. Either build housing and infrastructure for the future or put up a Trump-inspired wall with a flashing neon “Keep Out” sign at the city limits.

Greenpeace’s Battle Royal Over The Boreal (NOW, June 1-7) identifies the Sustainable Forestry Initiative (SFI) as “industry-backed.” SFI is an independent, non-profit sustainability organization. We work with a variety of environmental and community organizations including the International Union for Conservation of Nature (IUCN), Nature Conservancy Canada, NatureServe, Ducks Unlimited Canada and Habitat for Humanity Canada. More than 115 million hectares of forestland is certified to the SFI Forest Management Standard. SFI also meets the rigorous third-party assessment of the Programme for the Endorsement of Forest Certification.

Flipping the switch on recent flooding

These human actions are to blame for the current lake level situation causing damage to property, since proper reaction to the spell of heavy rain was not carried out.

Tammy Thorne’s article on the lack of bike lanes in the John Street corridor redesign (NOW, June 1-7) raises a couple of points that made me go “hmm.” The author laments the fact that the new “transit first” plan for King Street doesn’t call for the removal of any vehicle lanes. What I’ve witnessed is that removing traffic lanes does not make the cars go away. It just has them burning fuel in traffic jams for twice as long.