Letters To The Editor: Most Islamophobes aren’t bad people they’re just being misled

Regarding Canada, Your Islamophobia Is Showing by Ishmael N. Daro (NOW, April 18-24). The far-right is strategizing and exploiting existing. 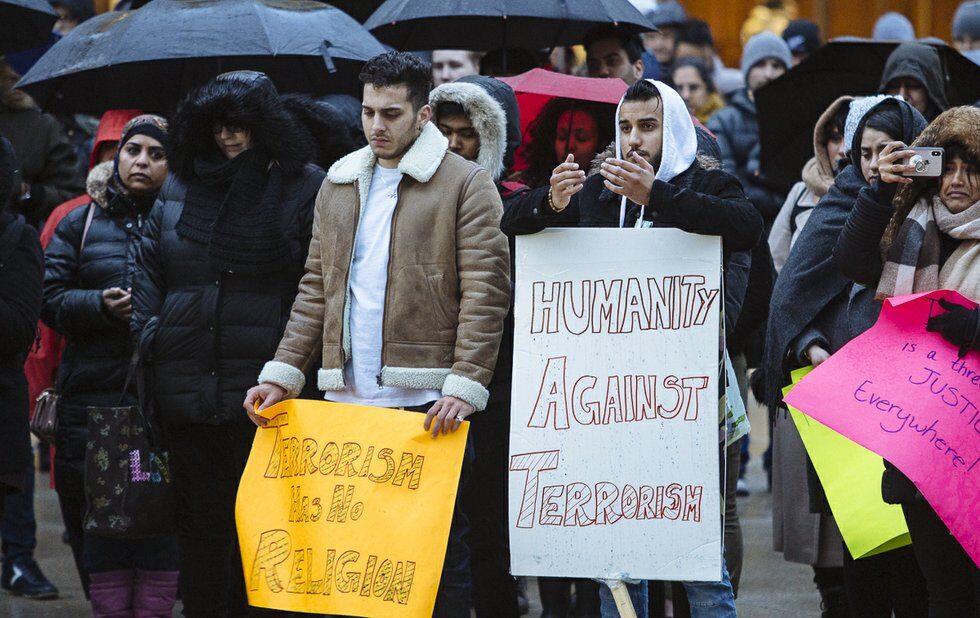 Regarding Canada, Your Islamophobia Is Showing by Ishmael N. Daro (NOW, April 18-24).

The far-right is strategizing and exploiting existing fears and its working very well for them, but I would bet many of the people falling into this thinking arent bad people. Theyre just misled and uneducated in the ways that matter here, and dont fully understand the effect of these ideas, opinions and words. Ive seen this first-hand with my own friends.

Do people not read history books anymore? The right in Canada is saying the same thing that was said with the mass immigration of the Catholic Irish the Italians more than 80 years ago. Within two generations, these groups were all Canadians consuming products en masse. And around we go again.

Regarding Barbara J. Perrys article on the rise of right-wing extremism in Canada (NOW, April 18-24). There are many in toxic corporate culture who subscribe to degenerate beliefs espoused by extremists on the right. You will find them in IT, police and military, in the government, etc. It is more prevalent than we think.

Thanks so much for John Semleys very nice (and overall balanced) review of the Jordan Peterson versus Slavoj Zizek debate at the Sony Centre (NOW Online, April 20). Obviously Semley liked Zizeks shtick much more than Petersons, but you failed to mention Zizeks lobster critique, which Peterson ignored.

You also did not mention Petersons response to Zizeks post-modernist neo-Marxist critique, which is unfortunate.

Zizek is a philosopher and Peterson is a clinical psychologist, but it is not clear why Semley needs to denigrate Peterson because of that. After all, Zizek is also known for the leaps he often takes in his reasoning, which seem to weaken with contradictions and not strengthen his theses.

Certainly Hegel is also known for the same kind of contradictory opinions, and when that happens, cherry-picking occurs to conform to just about anything.

I agree with John Semley that Slavoj Zizek seemed more informed than Jordan Peterson, but I didnt see him actually offer any real defense of Marxism. He actually praised economic capitalism under an authoritarian regime. And thats what actually turned the event into a friendly discussion instead of a debate.

You cant objectively test someones ideas without pushing them. Petersons oversimplified approach was a sincere attempt to reach a conclusion.

His question about the existence of any alternative offered by Zizek was left unanswered, in my opinion. They both agreed about the need to dismiss the simplified oppressor vs oppressed narrative that seems to be against the necessity they both see for revolutionary change in society.

Regarding Jason Kenneys Alberta election win (NOW Online, April 16). Ive always found Kenneys position on abortion rather amusing considering this is a man who has never had a kid himself, never been married and was reportedly a virgin into at least his 30s.

There is something hilarious about this man and what he represents, but the notion that he alone is some sort of panacea of what ails Alberta is ludicrous.

To build pipelines requires federal will to make it happen and so this clown may start wars with BC or Quebec and Ottawa but how will that get him beyond the rhetoric?

The author is right about one thing though that Alberta needs to start getting serious about diversifying its economy. It seems that when the good times roll, and the cash along with it to the treasury, there is never any serious discussion about what happens when that resource runs out or demand lessens. In the bust cycles, its always about assigning blame elsewhere. Its also high time the province starts getting serious about a sales tax if it wants to avoid huge deficits and the cycle of massive spending followed by massive cuts to balance the books.

I find a parallel in the controversy surrounding Jody Wilson-Raybould, an Indigenous leader who was demoted as justice minister and attorney general over the SNC-Lavalin affair, and Guy Favreau.

The former Quebec justice minister and attorney general was forced to resign in 1965 over his handling of the so-called Rivard Affair, the case of a drug smuggler who escaped from a Montreal prison amid allegations of bribery. Both demotions were unwarranted. Sadly, Mr. Favreau died a broken man at the age of only 50.