NOW MagazineNewsLetters To The EditorJodie Emery’s 15 minutes of fame: Reader love and hate 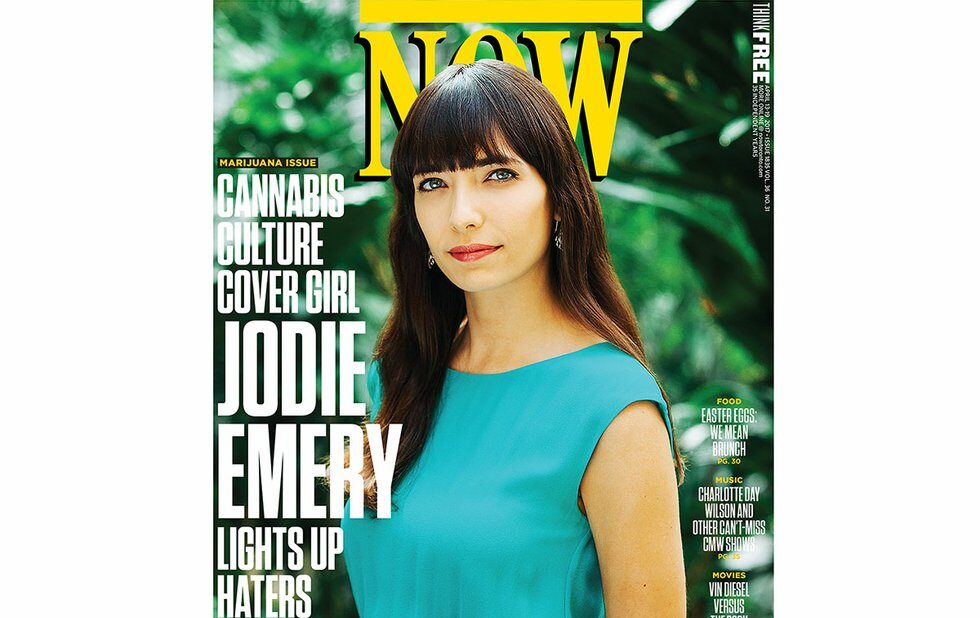 Enjoy your 15 minutes, Jodie. Have you been so high you couldn’t read the medical studies detailing the hazards of smoking up for anyone under 25? Do you just not care? Or is it all just a big conspiracy to prevent your making money? I can’t imagine you ran a non-profit and sold at cost?

Why is the press giving so much positive coverage to a drug pusher? The government will be putting them all out of business.

I hope all the taxes they collect will cover all the medical treatments that all the drug losers, er, users will cost the taxpayer in the long run.

I see the benefits of medical Mary Jane. But Canadian laws, Ontario laws and the bylaws of Toronto are clear. So all you 420ers should think twice before you light up in public.

Another window on the TTC

Re Not All Commutes Are Created Equal, by Kevin Ritchie (NOW, April 6-12). I started taking the TTC as my primary mode of transportation six years ago. I’d like one summertime annoyance remedied, though. On surface vehicles it seems some people, a small minority, don’t like air conditioning and feel they have a right to open windows to let outside air in, no matter how hot it is outside.

The real simple solution (provided anyone thinks it’s a problem) is for the driver to take a minute to close them at the end of each route. Also, could a scrolling message, “AC is on, keep windows closed,” on the street message prompter in between streets or “AC is not working” be managed?

A cool bus on a hot, humid day is a welcome experience for most people.

Re Cops Silent On Sanctuary, by Alok Mukherjee (NOW, April 6-12). How can anyone take seriously a group that calls itself No One Is Illegal?

Why shouldn’t the police run immigration status checks? If you’re in the country illegally, you’re committing a crime.

How would you like it if a loved one of yours was murdered by someone who was here illegally? This has happened plenty of times in the U.S., often with minorities as the victims – so don’t try playing the race card.

Re Goodbye, HMV On Yonge Street (NOW, April 13). Five years of my life were spent working at HMV, guarding the alley door while it was still under construction, watching the crazy Wednesday night tweakers, the Barenaked Ladies and Ani Difranco dropping off their cassettes, and people jamming the street for both Blue Jays World Series wins, or just chillin’ with pitchers with the coolest damn bunch of people you could ever work with at the Library around the corner.

I didn’t take a transfer with a promotion when it was offered me, because I didn’t want to lose my connection to the vitality of the Toronto music scene. One of my most absurd memories: late-night riffraff guy knocking things off the shelves and basically bent on wrecking the place throwing money in that night’s manager’s face while yelling, “Take my money!”

Another side of T.O.’s bathroom problem

Re Will Toronto Ever Lose Its Basement Bathroom Problem? by Aaron Broverman (NOW, March 29). Thanks for the article. This is certainly a long-standing blight, and Toronto is lagging unnecessarily far behind in accessibility for this type of physical (mobility-based) disability. It must be addressed. It is going to lag even further behind for those with permanent physical disabilities based on chemical injury and exposure. No one is talking about that. I may be lucky enough to be able to walk down all those stairs to basement bathrooms, and for that I am grateful. However, the air freshener and other chemicals that I almost invariably encounter down there are debilitating and can trigger serious physical and neural reactions.

I read with interest (Vinterest?) about Radheyan Simonpillai’s distaste for Vin Diesel (NOW, April 13-19). I’m no Vin fanboy, but I did feel it’s worth noting that the Diesel is an avid Dungeons & Dragons player. This doesn’t negate his rudeness to interviewers or his inane feuds, but it does offer a different angle on the man. After all, he is only human (or maybe an orc-halfling bard).