Letters To The Editor | February 7-13, 2019: The trouble with journalism in the internet age

Plus, Doug Ford's subway plan won't get you on a bus 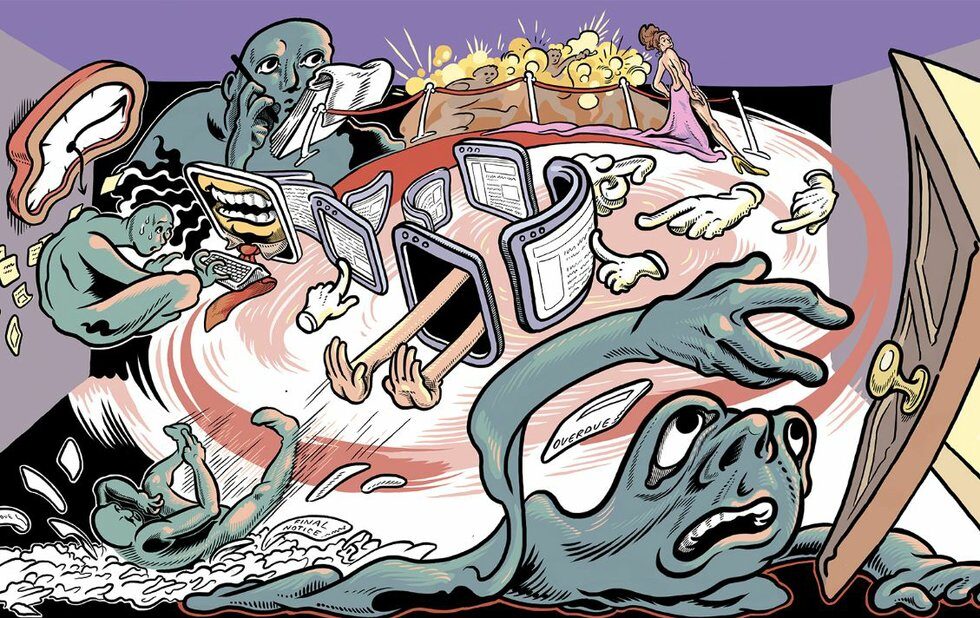 The trouble with journalism

Geisler, chewing on his cottage cheese and staring at Fink: “Look, you confused? You need guidance? Talk to another writer!”

Geisler: “Jesus, throw a rock in here, you’ll hit one. And do me a favour, Fink, throw it hard.”

Brown is correct when he writes that “schools keep pumping out wide-eyed millennials willing to work for essentially nothing to keep content mills churning.” Of course, it’s all about self–pro-motion in the internet (and self-publishing) age.

Great piece by Richard Longley on saving Ontario Place (NOW, January 24-30). Not to be picky, but Ontario licence plates between 1971 and 1973 read “Keep It Beautiful,” not “Yours to Discover,” which you have to admit is a far more appropriately ironic slogan given the current threat to this once iconic piece of urban architecture on Toronto’s waterfront.

Ford’s subway plan won’t get you on a bus

Ricardo Tranjan’s article asks Should Toronto’s Subway System Be Taken Over By The Province? (NOW Online, January 27). I say no. I’d rather the operation of Toronto’s subways stay with the TTC. Under Ford’s plan, operation of our subways could be sold to private interests and turn us into a system like New York City’s, where you pay for the subway but can’t transfer to a bus – or vice versa. If you’re travelling from downtown to Scarborough, that would mean one $3 fare to get on the subway and another $3 to get on the bus at the other end for most people.

Some food for thought on cannabis edibles

Samantha Edwards’s cover story on how to throw your own “weed-infused dinner party” forgets to mention who the evening’s designated driver for the marijuana-intoxicated guests will be. Perhaps Messrs. Trudeau, Ford and/or Blair? Just asking.

The cop side of racial profiling

I certainly do sympathize with Knia Singh (NOW, January 31-February 6). I’m also a victim of carding. I’ve been randomly stopped by police at least 20 times, and each time I’ve been asked for my identification.

I was in my car when stopped, but that shouldn’t make any difference, right?

Judge Michael Tulloch says random stops and street checks have no effect whatsoever on preventing crime. So if that’s the case, shouldn’t the RIDE program for drunk driving, the cornerstone of which is random stops and checks, be stopped immediately? Hmm, then again….

Canada could learn from First Nations

Regarding Whose Land Is It Anyway? by Declan Keogh (NOW, January 17-23). Hopefully, Canada can grow up and not only meet its obligations under the law when it comes to First Nations fighting TransCanada’s pipeline in northern BC, but act in good faith instead of just propping up the honour of the Crown. Canada should open up to what can be learned from older cultures that think more in terms of generations than in quarterly profits. That would be a fine thing indeed.

I am writing in response to Vexing Vegan Messaging by Helen Armstrong (NOW, January 10-16).

Vegans, who make up about 1 per cent of the population, are subjected to ridicule by the other 99 per cent in a society dominated by animal products. It’s not sustainable to eat meat multiple times per day.

The recent publication of the Canada Food Guide, which was prepared without the participation of lobbyists from the meat and dairy industries, recommends a diet based on vegetables, fruits, grains and proteins.

Armstrong may benefit from reading Dr. Michael Greger’s How Not To Die, which discusses the benefits of a plant-based diet in stopping (and even reversing) health concerns.