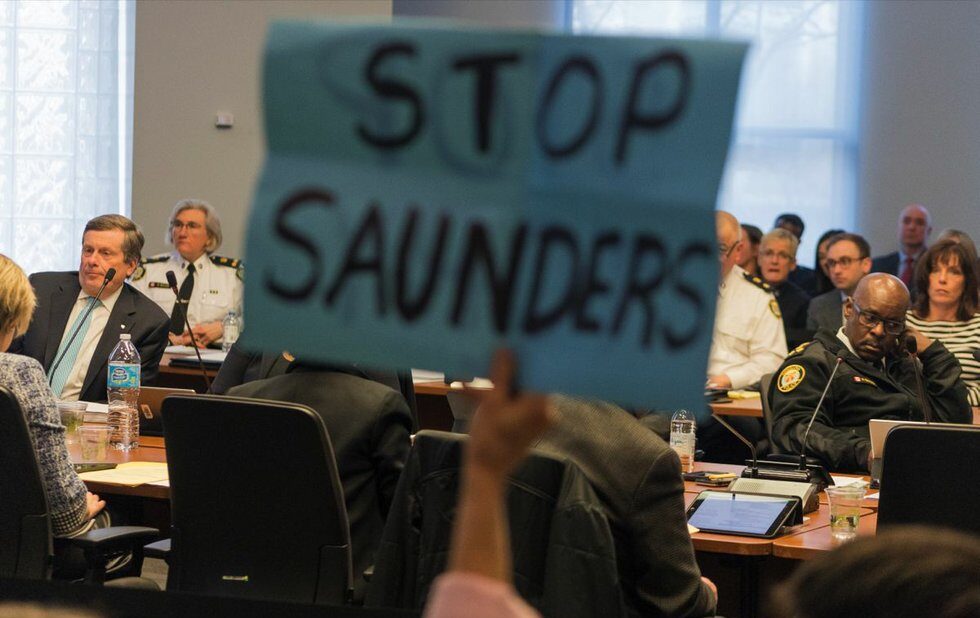 Regarding Toronto’s Serial Killer Shame by Jane Doe (NOW, March 29-April 4). I was with you, until you had to toss around the eternal refrain of mindless critical theory lemmings – “where the intersections of rape and race, colonialism and queerness are dismissed or relegated as secondary priorities.” The mark of the beast right there.

To make a great filter for biased virtue-signalling nonsense, just use the words “intersection” and “colonialism.”

My problem with this is not just the hyperbole. Zundel was a vicious propagandist of international proportions who made millions over years and years with his frauds and hate propaganda in many languages, but Kevin Johnston is IMO more or less a reactionary crank.

Whether his presumed venom went over the line to wilful promotion of hatred hasn’t yet been determined in court, so we shouldnot be describing him like a convicted felon.

Mixed up on Mixie And The Half Breeds

I read with interest Samantha Edwards’s sensitive and insightful review of Mixie And The Half Breeds (NOW, March 29-April), and look forward to attending the play during its run.

However, it is a bit disconcerting that the play and the review appear to overlook or disregard all the new information and insights about our complex racial and ethnic heritages. Massive analyses of human DNA over the past decade or so has shown that we are all “mixies” in one form or another (or “mutts,” as Obama once noted). The recent book by A. J. Jacobs, It’s All Relative, recounts some unexpected (and often amusing) outcomes from genetic testing of individuals and groups.

It would seem timely and appropriate to cease using misleading characterizations like “white” for those of dominantly Caucasian ancestry. This might also help break down the perceived (and false) sharp divide between different ethnic and racial groups, and help more visible mixies feel better understood and more accepted.

Susan G. Cole’s interview with Alan Hollinghurst (NOW, March 29-April 4) claims that by 1988, when the British writer published his first gay novel, “there were almost no queer novels, let alone a gay canon.” She quotes Hollinghurst saying, “In 1984, I realized that no one had done this before.”

When compiling the (amazingly, still) standard bibliography of classic gay books The Male Homosexual In Literature, I was able to find more than 4,000 volumes in “the gay canon,” including such openly gay novels as Gore Vidal’s The City And The Pillar (1948), James Barr’s Quatrefoil (1950), Rodney Garland’s The Heart In Exile and Mary Renault’s The Charioteer (both 1953), James Baldwin’s Giovanni’s Room (1956) and John Rechy’s City Of Night (1963) to name a few. Hollinghurst admits to a “flagging libido.” Could his memory be flagging a bit, too?

When condo can’t stop you from toking

If you have an Access to Cannabis for Medical Purposes licence to grow your own, your landlord or condo corporation can’t stop you. It is a medical treatment and nobody can stop you from using or growing it.

Thanks for your recent coverage of our architectural heritage and its loss (NOW, March 15-21). Let me give you one example of this ongoing problem.

Currently, there is a development proposal to move the Mental Health and Addiction service at 410 Sherbourne to a new facility to be built at 155 Wellesley East. There is an obvious need for this service in Toronto’s downtown core.

I attended the community consultation, and when I asked if there was any thought given in the design of the facility to reflect the local century homes, specifically the nearby Banting House on Homewood Avenue, it was apparent that this was not considered at all. In fact, the architect’s response was, “The client asked us for a glass box so we gave them a glass box.”

I have since followed up my concerns with the city planner in charge of this proposal and with my city councillor. The latter’s office has responded to inform me that the city seems to have no viable way to reflect the local architectural heritage.

So this is the current state of affairs in trying to preserve or even reflect our architectural heritage: it’s like hitting your head against the wall except that before you know it, the wall has been torn down and we only have a photo, if we are even lucky enough to have that.