It's that time of year again for a lesson on bike lanes for motorists plus, some hard questions for PC voters 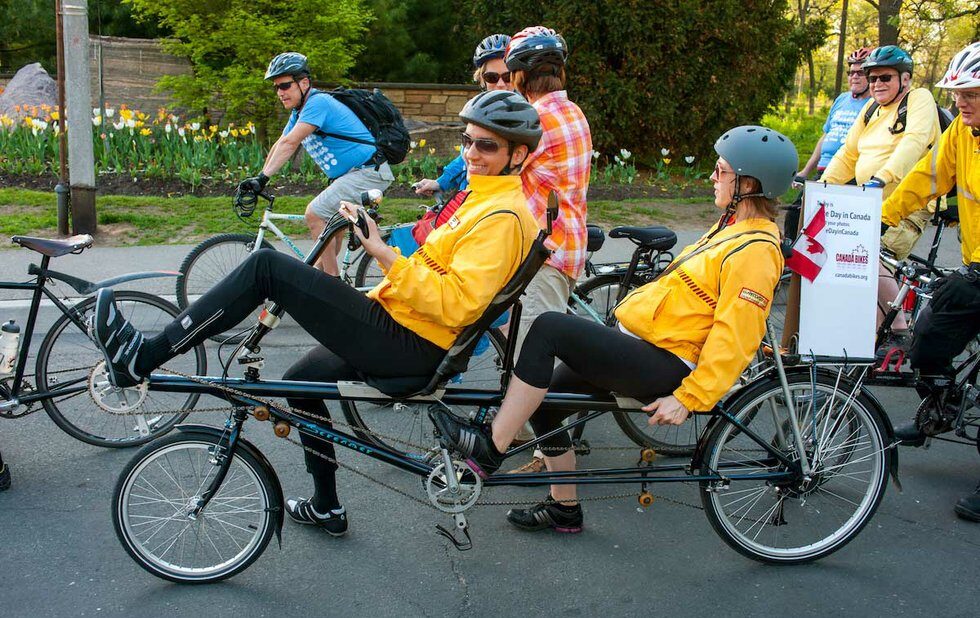 Now that it’s definitely spring and officially Bike Month (NOW, May 24-30), a little refresher for drivers on bike lanes is timely.

Bike lanes are not parking spa-ces, turning lanes, idling zones or drop-off/pickup spots. That goes for taxis and Ubers, too. Bike lanes are a space for cyclists to ride unobstructed by cars.

Hope this review was helpful. It seems a shocking number of local drivers really need it!

Some hard questions for PC voters

Re All Of A Sudden, Doug Ford Is Slip Sliding Away (NOW Online, May 25). To all conservative voters, a question: how much bigger will your bank account be once a PC government has closed down social services, deregulated laws designed to protect people, and lowered taxes for corporations, who will then lay off workers, reduce salaries and benefits and give CEOs raises?

While you’re at it, tell us all about how poor you’ll be under a Liberal or NDP government. No dessert for the kids? No new gas guzzler every other year? Exactly what don’t you have that you will have under a PC slash-and-burn regime? I already know the answer. You will notice no changes to your personal finances whatsoever. But your feelings of self-righteous indignation will make it all worth it.

Your coverage of the Ontario election ignores a recent poll showing that a large number of immigrants plan to vote for the PCs on June 7.

A letter to millennials on Ontario election

Dear millennials, please go out and vote. Just like when you helped get pot legalized on a federal level, we especially need your help this election to stop a certain asshat huckster from taking power over this fine province of ours.

From pipeline politics to minority rule

Thanks to George Elliott Clarke for reminding us about Canada’s history on pipelines and Liberal governments (NOW, May 17-23).

I well remember the Berger Commission and the Mackenzie Delta Pipeline Inquiry. Years later, it occurred to me to wonder why the government chose Justice Thomas Berger. They knew his record. They must have known that he would actually do the job he was appointed to do rather than sitting in Ottawa and writing a report that would gather dust on a shelf and have no effect.

I asked a savvy friend. “Don’t you remember?” he said. “We had a minority government. It was a sop to the NDP.”

We have an election coming up, which may end in Ontario getting a minority government. Would that be so bad?

Re Feds Hint At Amnesty On Marijuana Charges (NOW, May 17-23). When growing pot is legal, towns and cities will be vying for the Pot Hall of Fame, just like some of them are vying now to attract Amazon HQ2.

To win the competition, they will have to offer “Home Free Zones,” with no cops, no taxes and lots of potheads exchanging and buying freely. Let the nominations begin. I nominate Osoyoos, BC.

The anti-harassment stickers being displayed on the TTC as part of its anti-harassment campaign are doing more damage to women and others by presenting them as victims, when it’s those doing the harassing who should be shamed for not valuing life.

So, let’s reverse it: This is where Jack was yelled at for being an ape instead of a man who values life and others this is where Ada and Neo realized that broader awareness is better than mocking people.

Having people see the reality would make the TTC much safer.