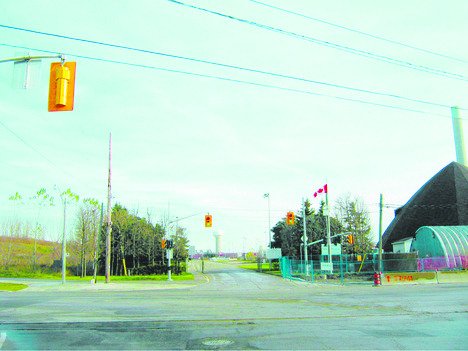 What a lot of us don’t like about the Toronto Port Authority land deal with the city (NOW, December 3-9) is that the Ashbridges Bay lands were part of city lands that were transferred to the Toronto Harbour Commission in 1911.

Then, 80 years later, they were transferred to the city. The TPA objected and wanted $1 billion for the lands. Which was crazy. Why former mayor Mel Lastman caved in to that one, I don’t know.

He agreed to give the TPA $50 million, $11 million of which is part of this deal.

Nevertheless, the TPA’s “right” to them is suspect. It was, and is, a pure cash grab.

These are public lands, folks, not the TPA’s.

Why are our governments and agencies even fighting over our property? What will the TPA do with the money? There are only two public representatives on the TPA board (city and province), while private businessmen (read Tory cronies) have seven spots.

Hangars up in the air

Thank you for your article on efforts to repurpose the Downsview hangars on the east boundary of Parc Downsview Park (NOW, December 3-9). I would add to your list of opportunities that of education. What a marvellous location for Toronto and GTA school boards to teach aircraft maintenance, airframes and air engines, especially for small planes such as those essential to northern and aboriginal fly-in communities.

There are teachers eager and willing to teach and high school students who need to explore aviation as a career. The only Toronto high school program at Central Technical School was closed a few years ago.

How about some collaboration and consideration for the high school students, their parents and anyone else who wants a hands-on education?

The most troubling part of George Monbiot’s lecture at U of T (NOW, December 3-9) was the audience cheers, some yelling “For shame!” every time Monbiot mentioned a corporation reputedly abusing the environment.

If individuals, not corporations, were responsible for largely contributing to global warming, would they lower their consumption of greenhouse gases or would they try to blame something else?

It does seem that accountability is not the driving force of one’s protest when Monbiot flies across the Atlantic to say, in my opinion, what has already been brilliantly and concisely defined in his book.

Ironically, Monbiot is polluting the atmosphere by producing and distributing millions books of great redundancy.

So it ended on Sunday, not with a bang but a whimper, as an old poet may have put it.

Carlton Cinemas, that trusty, characterful throwback nestled into the curve of Carlton off Yonge (NOW Daily Online, November 18), which opened in 1981, quietly closed its doors for the last time. It really is a profound shame.

Early on Sunday afternoon, I sat in one of the small auditoriums completely alone, right at the back, before anyone else came in. During that “visitation” I listened to the wind howl down the vents and shafts. I thought of all the people who exited the glass doors into the night a little more enriched every time they came to watch a film.

I understand that most people with the requisite time and dollars yearn for the blockbuster, the passive surround-sound escapism that we’ve “evolved” to. But I’m sure there are still enough of us left who felt truly part of the intimate experience when we settled into those old chairs.

During the Soviet-Afghan War, it was of course the Red Army that was allied with the Northern Alliance and doing fierce battle with the Western-backed southern tribes and foreign mujahedeen. Although the Russians are long gone now, the situation of the present war is otherwise effectively a reversal.

We can picture a future Canadian history student being asked which side the West supported in the Afghan war (i.e., who were the heroes and who were the “scumbags”). They would first have to clarify which decade they were talking about.

More than an interesting quirk of history, this rapid switch in allegiances must surely be a significant factor in explaining the deep currents of contempt and mistrust that are thwarting our current ambitions in that sorry country.

Employees have made the Street Health board aware numerous times that the agency is in crisis.

But when staff approached the board for help to address an increasingly toxic work environment, we were told that the board communicates with the executive director and that according to her everything is fine.

The board only got behind the CUPE contract negotiations after receiving many letters from the community following a union decertification effort by a newly hired staff.

The board only started to “listen” to staff concerns a month ago, again no doubt as a result of community pressure.

There has been more staff turnover in the last year and a half than there are staff. Many are on sick leave, not a sign of a healthy or well-run agency.

Gaetan Heroux isn’t the problem. Relocating him is his punishment for daring to support the unionizing efforts of his long-time colleagues.

If anyone is to be blamed for bringing down the Edgewater Hotel sign (NOW, November 19-25), it’s me. It was my decision not to continue the contract after I discovered the internal structure had completely rotted.