Cop union diversity-averse? From your last. 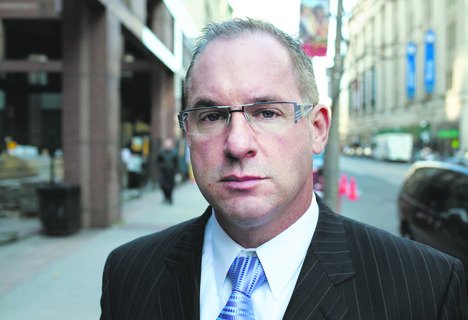 From your last issue comes the little gem from the new head of the Toronto Police Association, Mike McCormack, about the pace of new police-visible-minority recruiting being too much too fast (NOW, DECEMBER 24-30).

Funny, “too much too fast” was also said of the civil rights movement.

If the visible-minority recruits are equally qualified as their white counterparts, what is the problem? Why the brakes? Isn’t Toronto the city of diversity?

Seems the old white boys of the TPA are not quite embracing our new diver-city.

Seems a bit strange that there is an inherent bias in Ballot Boxing (NOW, DECEMBER 24-30) implying that if there were a different voting system, councillors opposing the mayor might not get elected.

The bias being that a rational voter would not vote for an opponent of the mayor’s party.

Nothing is “up” in Etobicoke. They just want responsible and accountable leaders, which they haven’t had for the last six years.

NDP in harmony on this tax

A tax shift that sees the poor and working class paying more for such necessities as heat and hydro? Why would the NDP oppose that?

The Tories’ opposition is based on a combination of opportunism and pleasing their rabid anti-tax fringe.

But I think it is totally appropriate for a left-wing party to oppose the transfer of the tax burden to the poor.

The Centre for Policy Alternatives report builds its case on the premise that by reducing costs for business, the HST will create jobs. Hasn’t that been the job creation strategy for two decades now? Has it worked?

Please let me know what I am missing or misinterpreting in Silenced At Street Level (NOW, DECEMBER 24-30), because I cannot see how the facts reported relate to the fuss made.

The lead question in the article about Gaetan Heroux is, “Why would any poverty organization fire him?” The obvious answer is, “Because he wouldn’t do the job he was paid to do.”

Near as I can tell, Neighbourhood Link did not say to Heroux, “Here’s a grant of money. Do whatever you think is best for the community.” Rather, it signed an employment contract with him.

OCAP and NOW might believe he was given the wrong work to do, but they were not paying his salary. They don’t get to determine his work.

Regarding your reality check on Climategate (NOW, December 10-16). In your desperation to downplay the significance of the damning disclosures at the Climate Research Unit of East Anglia University, home base of global warming science, you are quick to condemn global warming “deniers” for taking money from Big Oil, but fail to mention that CRU itself has been funded by Big Oil, namely Shell and BP. If only understanding the world were as simple as you make it out to be.

When Paul Terefenko composed his article demanding that Canada be shamed into committing to higher emissions cuts (NOW, December 10-16), did he write it on a computer? Was it sent via the Internet to NOW’s network server?

How many copies went to press on an industrial printer? Did he then eat dinner made from food preserved in his refrigerator, cooked in a microwave or on an electric or gas stove, and sit on his couch to watch TV or a DVD or listen to a CD (all manufactured on industrial assembly lines)?

Did he run his (machine-tailored) clothes through a washing machine and then a dryer?

Did he read a book (printed on a press and shipped to the bookstore) before turning out his (electric) lights and falling asleep in his (centrally heated) home?

How much of all this does Terefenko consider justified once it becomes obvious that the savings of efficiency and conservation are not going to balance off 3.5 billion people fighting their way out of poverty?

It may not be entirely reasonable to assume that people who write for a news magazine that is so Toronto-centric have any kind of agricultural background. However, I would expect your writers to have the ability to undertake research before misleading the masses.

By suggesting to your urban readers that tree fruit is somehow more carbon-friendly than tomatoes or potatoes (NOW, December 10-16), you are misleading them and contributing to their agricultural ignorance.

There is virtually no connection between eating tree fruits (versus vegetables) when it comes to releasing more or less carbon from the soil. Horticultural practices vary widely.

There is no meaningful “carbon sequestration” in the wood of those orchards, since orchards are routinely replaced on a 10- to 20-year schedule.

Typically, all of the wood is pushed together, burned in huge piles and then the soil is ploughed, sometimes fumigated with chemicals, and new orchards are planted.

Since the TTC announced the price hike for monthly transit passes, I have encountered not better customer service, as one might expect, but instead contempt, neglect and simple indifference.

I don’t know whether it’s general crankiness from the turning of the weather or a feeling of added security due to the plexiglass shields that have recently popped up in TTC vehicles.

Obviously, the TTC being a complete monopoly is the root cause of this. Thousands of people have no choice but to use public transit and put up with the vile treatment served to them by the very ticks who feed off their financial blood.

The only solution I can see is starting up a rival transit force. Perhaps we could call it something like the People’s Transit Commission.