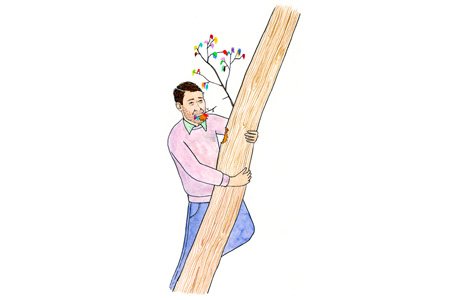 Steven Davey’s “I resolve to give myself a royal flush” (NOW, December 31-January 6) is a sad aberration for an otherwise fine journalist.

He seems to be following an ancient belief. Wikipedia says, “The premise of body cleansing is based on the Ancient Egyptian and Greek idea of autointoxication….”

But “the science behind the detox theory is deeply flawed,” says Peter Pressman, MD, an internal medicine specialist at Cedars-Sinai Medical Center in Los Angeles. There is no evidence that these detox diets in any way augment the body’s natural elimination mechanisms.

Davey’s only support for the “magical” power of enzymes in raw food comes from a chef. Had he spoken to a dietitian, physiologist or doctor, he would have been told that enzymes are proteins. And proteins are mostly denatured in the stomach. Therefore, these enzymes would have no effect on the absorption of nutrients, which occurs mainly after food leaves the stomach.

I can only speculate that Davey feels guilty about eating large quantities of fine and expensive food while many people in the world go hungry or subsist on simpler fare.

It is interesting to note, even as I recognize the subjective nature of this list, that the 1.5 million starving people of Gaza are not included. This crisis is totally preventable, and it is a disgrace that the U.S. and European Union continue to permit this crime against humanity to fester.

Mining at the barricades

On page 10 of this week’s paper (NOW, December 31-January 6), the last item in the Barometer is about Vancouver-based Pacific Rim’s alleged connection to the assassination of anti-mining activists in El Salvador.

Sadly, on December 26 a third activist, Dora “Alicia” Sorto Recinos, was killed. The other two were Ramiro Rivera, killed December 20, and Marcelo Rivera (no relation), killed in June. For more info see cispes.org.

Tragic as the Rupert Hotel fire (NOW, December 24-30) was, we haven’t learned much from it.

The tenants had smashed the central smoke detector box that would have activated the alarm. Other tenants neglected to keep the fire doors closed.

What would it have cost the city to educate tenants about their responsibilities? Less than the cost of one inspector in the army of fire and building inspectors that was hired in the drive to “crack down” on landlords.

The crackdown was huge. Landlords went out of business, causing thousands of affordable units to disappear.

Later, in a federal election, Paul Martin was named as the cause of homeless people freezing to death in Toronto, where he has never been a councillor. Learned anything yet?

Regarding COP15 cock-up (NOW, December 31-January 6), I do not see the letters “PhD” beside letter writer Max Ewing’s name.

The average Joe, or Max, thinks he knows everything about the earth, the universe and how it works, and of course world-class scientists who spend years studying such things as global warming know nothing.

Maybe Max knows the secret of life, too.

Any moron who thinks that dumping trillions of tons of emissions into our atmosphere will not affect the weather is, well, a moron.

What is the point of red ucing CO2 and CFCs when we’re putting thousands of tons of dust into the atmosphere through our bombing of deserts? Something for our PM to think about.

I am writing regarding a letter to the editor from Martin Groover (NOW, December 24-30). The letter suggests that I took the position that the pace of new police visible-minority recruiting is occurring too quickly. I was shocked and disappointed by Groover’s comments. I am certainly not diversity-averse.

The Toronto Police Service is experiencing serious challenges in relation to how quickly the ranks are being filled with young, inexperienced recruits.

The lack of experienced officers at the street level is something that the organization needs to look at in order to ensure that we serve and protect our city in a safe and effective manner.

At no time did “visible-minority” status play a role in any position that I took during my interview with NOW. The TPA understands the importance of diversity within police services and strongly supports responsible initiatives in these areas.

A rat loose in Parliament

If I was half asleep during the recent political goings-on, hearing that Parliament would be prorogued until after the Olympics certainly woke me up.

What on god’s green earth do the Olympics have to do with the running of our government?

Stephen Harper and Michaëlle Jean should be ashamed of themselves. Our tax dollars are given to see our elected officials work and move things forward, not to take extended paid holidays.

In this time when so many are out of work, this move is truly shocking.

I smell a rat, whatever the clever reasons for this latest proroguing.