Putting Haiti on hold Reading your coverage of. 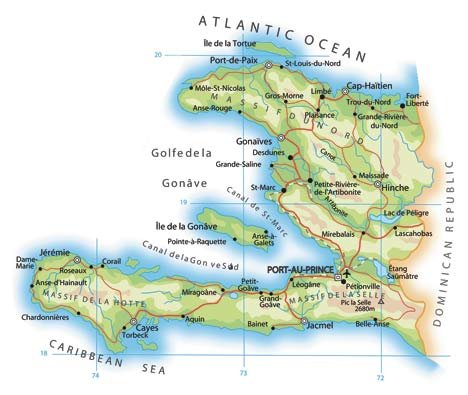 Reading your coverage of the Haiti earthquake relief efforts (NOW, January 21-27), as well as following the coverage through various other media sources, left me with a feeling of futility. Not because it drove home how much Canada has been involved in preventing Haiti from becoming a stronger nation, but because it reminded me of how we are continuously reacting rather than acting.

As various groups rush to help those in Haiti, somewhere else in the world other nations are in similarly prone positions.

Even the “independent” media never focus on prevention. I haven’t read anything about how CIDA only commits 1 per cent of its budget to micro-finance, a proven measure to help the very poor who live on $1.25 or less a day (a little less than the $3 a day mentioned in Yves Engler’s article).

The media could push these issues, but probably won’t because focusing on earthquakes and what has gone wrong is far sexier.

Disaster of the month club

I read with great interest your different articles on the Haiti crisis and how we can improve the lives of Haitians following the devastating earthquake.

It’s hard, though, not to be a touch cynical about the flavour-of-the-month mentality that grips our response to humanitarian disasters.

Think back to the Asian tsunami. Many of the aid organizations and NGOs left once the world media disappeared.

It’s important that we helped then and that we help now in Haiti with reconstruction in the short and long term. That said, where are the telethons and all the stars when it comes to helping the poor here?

When foreign aid’s no help

I truly appreciate Alice Klein’s reporting on the goings-on in Haiti. I was born and raised in Africa. I’ve been in Canada since 1995 and am moving back home next month for good.

I’ve seen since childhood how the West gets involved with my people’s “well being,” but what they do is much worse than what they are supposed to be fixing.

It helps Haiti more to write and report honestly than to give fake love like self-centred celebrities who get air time to sell their image. Thanks for your great article.

Okay, stop, stop, stop! What makes you think that promoting a $900 poplar kitchen chair (NOW, January 21-27) will encourage us to support locally made sustainable objects?

Who are you speaking to when you include it in “Design Week debuts that are ripe for the purchasing”?

After working through the barrage of digs and jokes that were dealt my way the last couple days as a TTC collector (NOW Daily Online, January 22), I thought it was time to focus those cell cameras on much more interesting things that we as collectors do in our daily routines.

Toronto’s newly formed transit paparazzi need help to focus on other forms of embarrassment and degradation, so I’m listing a few here:

I scratch myself in awkward places I get a variety of that day’s booth menu all over my beard I scratch my nose but never pick, no matter what customers think they see.

Sometimes when it gets really busy and Tim Hortons is my wingman in the booth, I drink a little too fast and slop some of what I like to call my lifeline to sanity, my triple-triple extra-large Timmy’s, all over my impeccable TTC uniform.

On rare occasions it even shoots out my nose.

And, hey! If you stay long enough to witness me serving our customers, you can actually snap a picture of me smiling as I thank them and wish them a nice day.

The sculpture featured in your photo in Witty, Wild Junk (NOW, January 21-27) looks suspiciously like a Richard Preston. He’s only shown locally, for years, at Gallery 1313, Propeller, Linux Caffe and with many Noxious Art shows and as a member of the Broken Fence Society.

But it is his work that should be featured at the Power Plant. I’m sure the similarity is coincidental, but with all due respect to Kara Uzelman, Richard does do it better.

Cyndi Lauper said it best: Money Changes Everything. Your art coverage sucks big time. This week’s edition had a review of the show up at the Power Plant, and underneath it a big old fat-ass ad from Harbourfront.

I’m not saying there’s any connection, but if you listen hard enough, you can hear Cyndi. The Power Plant deserves a review – but this is all you can give us?

Most art spaces don’t have the funds for fat-ass ads, nor should they dedicate money from their budget to pay for fat-ass ads. I’d rather the money went to artist fees and more art.

But really, you can’t claim any cultural cachet in this city when art is limited to a third of a page.

We tried to attend the Toronto Centre All-Candidates debate for St. James Town at the Wellesley Community Centre last week. After arriving early and waiting patiently in a line of at least 150 people, we were told the room only held 50 and were turned away.

We find it appalling that a larger space was not provided for such an important debate.

So many people came out to have their voices heard and gather information about the candidates before making a very important decision.

There is always a great deal reported in the media about low voter turnout and lack of citizen participation in politics.

It’s very disappointing that so many of us made an effort to get involved only to literally have the door slammed in our faces.