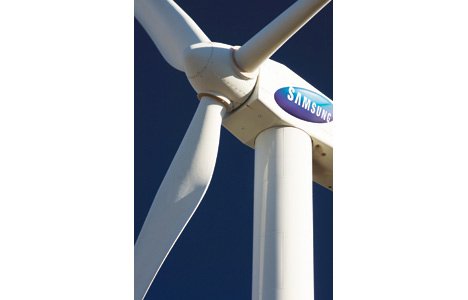 If more were charged for electricity

The Ontario Liberals deserve credit for getting it half right. The Samsung sweetheart deal and the Green Energy Act are good for the planet (NOW, January 28-February 3) but bad for the economy.

Coal-generated electricity is subsidized by hidden climate change costs and by the health care costs resulting from dirty air.

Nuclear is subsidized by the cost of past nuke debt, limited liability, future decommissioning costs, etc.

If Ontario charged the accurate cost of electricity, wind power would not require feed-in tariffs, other renewables would be much closer to viability, and revenue from true-cost electricity accounting could be used to reduce income taxes.

Past Leader, Green Party of Ontario

The TTC’s Transit Planner (NOW, January 28-February 3) is honestly the worst, most user-unintuitive piece of Web 1.0. I’ve ever experienced. It looks like borrowed travel database tech.

I’m an Adam Giambrone fan. He is fresh blood, and he has to promote himself as an innovator, not chained to traditional divisions on council.

What has happened to the TTC since 2006? More buses have air conditioning, the St. Clair right-of-way is expanding, and in the suburbs more buses come late at night. What more do you want? Do you think ticket collectors never snoozed on the job under Mel Lastman?

All the whiners who complain about the TTC should go to NYC and ride on the trains that smell like urine, or go to Montreal and wait 15 minutes for the next subway car on a Sunday afternoon. With the budget Giambrone has, the TTC is a pretty damn fine service.

But I will say that his “I’m ready” video is lame. Whoever is working on the Giambrone campaign, please produce more polished and sophisticated material.

It’s funny that in your article Paisan Primer (NOW, January 28-February 3), you praise Rocco Rossi for being “a working-class kid from [the] wrong side of the tracks” but consider it a liability that Rossi’s success equates to a “WASP-wannabe sensibility complete with midtown digs.”

I have to admit that I know very little about Rossi.

But the thing about NOW is that despite its well-written and often insightful articles, it blatantly caters to a lazy readership that identifies with the NDP.

You’ll probably keep your editorializing style to retain the readership. Hmm… sounds like a very Torstar thing to do. Are you sure you’re not really Conservatives in disguise?

What next for Citytv?

Apparently not when it comes to Rogers Communications. They claim the recent firings of on-air staff “are necessary to align our operations with the economic and regulatory realities of our industry.”

It seems to me what they are really saying is they need a few extra dollars to wrap their millions in at the expense of Torontonians.

Is Citytv now the Sears or Walmart of our local community news programming?

Citytv has been our community glue, our place where we could check in and get in touch with local (and international) happenings, not put more cash into already rich pockets.

The boot to Blundstone

Your Store Of The Week (NOW, January 28-February 3), the Australian Boot Company, should be renamed the Thailand Boot Company. Blundstone manufacturing was moved there a few years back. Their prices did not go down, so should we think the company is paying its new workers the same wage?

I think it’s great that you featured Jia Zhang-ke’s retrospective at Cinematheque Ontario in your Movies section (NOW, January 21-27), especially since his films are rare in his own country.

Yet I can’t help but find it rather ironic that your coverage of Peter Mettler’s new film was so scarce. It reminded me of the exact same conditions Jia faces.

Sure, Petropolis is only 45 minutes long and was released for just one week, but it does deal with the most important issue presently facing Canada, parliamentary dramas aside.

Not only is Mettler a Toronto-born resident, but he’s easily one of the most significant filmmakers of his generation. Yet you are more interested by Drew Barrymore and Brendan Fraser, which seems rather odd for a so-called “independent” news source. But, hey, I’m no movie critic.

The fact is, within free-market capitalism, fully realized sustainable design is only a pipe dream kept alive by hopeful yet ill-informed college students. Creating more products, however green, is not a solution to our problems with over-consumption.

Designers have to get over themselves and their trendy “innovations.” They need to look for alternatives to the system that demands endless consumption.

Any designers out there working to inspire the political will?

Regarding your art review Bear With Drever: Neon Grizzlies Show Fierce Power (NOW, January 14-20). Either one of your writers is still on holidays or fact-checking in general has gone the way of “our world is moving too fast and we can’t keep up.” Lazy Google searches can’t be our media future. For immediate clarification: the bears are Kodiaks, not grizzlies.

Thank you, NOW, for finally stapling your magazine together! You have made my subway rides much less cumbersome.