Chewing the fat on obesity It was with. 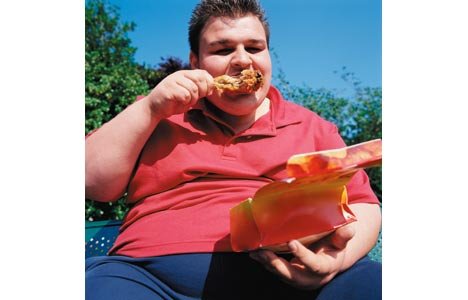 Chewing the fat on obesity

It was with some dismay that I read the The Skinny On What’s Eating Us (NOW, February 4-10).

While it’s true that the public will pay for the contamination of the environment caused by overproduction of animal products, people do have a choice about what they put into their mouths and stomachs.

Also, it is patently untrue that there is a lack of inexpensive, healthy food in Toronto, according to your article, that is accessible to the poor.

It costs less to buy a 20-pound bag of lentils and a bag of Chinese greens (available in abundance in Chinatown and Kensington Market) than it does to fill one’s shopping cart with frozen pizzas, white bread, processed animal parts and other convenience foods.

However, the difference is that you actually have to spend some time preparing and cooking the lentils and greens.

He claims that “netbooks didn’t actually do much,” but Cellular-News reports that “netbook vendors shipped 30.2 million units worldwide during 2009, as global volumes grew 79 per cent annually.”

Fanboi Errett cannot type Microsoft terms, so he neglects to mention that the difficulty in adding applications on netbooks does not apply to those running Windows XP.

Let’s look at some of the iPad’s shortcomings in comparison to a typical netbook:

It can’t multi-task – you can’t edit a document on your hard drive while you surf the Web.

It doesn’t have a built-in camera, so there’s no video messaging or conferencing.

There’s no physical keyboard built in, so it’s inconvenient to enter any content longer than a paragraph.

It doesn’t have a user-replaceable battery, so be prepared to shell out extra bucks and time when you need a new battery.

The iPad hardly sounds like a replacement for a netbook, let alone for a desktop computer.

Did anyone else notice that a lot of people’s hands this winter, mine included, are being warmed by red Olympic gloves?

They’re only $10, and some of the money actually goes to the Canadian Olympic team. They’re also warm and attractive, not to mention they have a maple leaf on the palm.

They’re even sold at the oldest Canadian store: Hudson’s Bay Company (NOW, February 4-10). Can’t get more Canadian than that, eh? There’s only one problem I found when I turned my gloves inside out: they’re made in China. Come on!

Pedestrian to the metal

I am concerned that the latest edition of your Newsfront poll (NOW, February 4-10) perpetuates the false dichotomy between drivers and pedestrians.

Each accident is unique. Sometimes motorists are at fault. Sometimes pedestrians are to blame. Lack of crosswalks, stop signs and traffic lights may be contributing factors.

More to the point, your poll fails to acknowledge the fact that most drivers walk the streets from time to time, and some pedestrians have been known to drive cars on occasion.

In my mind, you don’t become a different person when you step into or out of a vehicle.

In short, both motorists and pedestrians can be guilty of inattentiveness and disregard for the law.

Only by framing this discussion in such terms will we be able to remedy the situation, hopefully before another person is killed.

Was pretty bummed out to see you guys waste valuable space on that no-talent jackass Steve Aoki (NOW, January 28-February 3).

That dude makes Perry Farrell look like a good DJ in comparison. I had the misfortune of seeing this tool play at Coachella last year. He seems to revel in the call-and-response aspect of a live show, as well as jumping off the stage, crowd-surfing and screaming ear-piercing rubbish into a microphone.

Not exactly elements you’d expect from a so-called DJ, but Steve Aoki is not a DJ. He’s the Jersey Shore equivalent of a celebrity – famous for not really doing anything.

Maybe I’m too old to understand. I prefer a DJ to play a decent set, rather than pouring vodka down the throats of barely legal teenage girls who slut it up onstage. Don’t encourage this clown by giving him more press.

I just had a look at the Thursday (February 4) Toronto Centre by-election results, and my suspicions were confirmed.

My complaint is about the pathetic state of democracy reflected in the voter turnout. The numbers are scandalous!

At the voting site I was assigned to, I had a chance to see two voters lists, and out of 93,198 eligible voters, only 26,204, or 28.1 per cent, availed themselves of [the chance to] express who they wanted to represent them at Queen’s Park.

I was also a campaigner and scrutineer at the provincial by-election in St. Paul’s in September and encountered some of the same voter cynicism.

How can Glen Murray – or any other candidate who might have won – say he has a mandate?

What are we as a society going to do about this?

I am not a member of any lobby group for proportional representation, but I think some form of PR would be the beginning of a solution.

Regarding The Star’s Rossi-coloured Glasses (NOW Daily Online, February 4). The Star loves Rossi? Not so sure, but they sure are giving him an easy ride.

They’re asking, “Does his momentum have staying power?” when they should be asking, “Where’s the beef?”

Rossi’s platform is all about taking away, regardless of what he says about his mother enjoying the benefits of an ESL program decades ago.

Friends at the Star? That’s true, too, or at least connections.

He was new media VP when the Star launched Toronto.com, and he has the Globe’s business gossip columnist on staff.

Rossi’s type is so transparently duplicitous, I just don’t see why the otherwise smart folks at the papers aren’t calling him out. Then again, maybe they’re just giving him enough rope to hang himself.

Regarding your cover story on Arthur Simeon (NOW, February 4-10). Simeon is one of the nicest guys on the comedy scene. A gentleman and a scholar. And very fun to hang out with. He will go far.