Eco fascism till cows come It is. 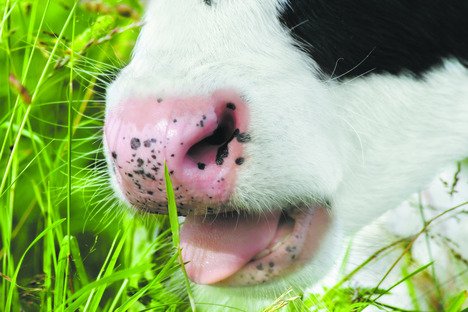 It is disappointing that NOW would promote a form of cattle-raising over veganism as an environmental good in your Green Issue (NOW, February 25-March 3).

This so-called “green idea” ignores the well-being of cows whose violent end can never be considered humane. It reflects a disturbing speciesist bias that views the environment as existing only to serve human desires.

Isn’t that the anthropocentric attitude that caused the climate crisis in the first place?

We can use a term coined by ethicist Tom Regan to describe the grassland-fed cow idea: environmental fascism. A vegan diet is better for the planet and for people, and is far more humane as well. True environmentalism requires us to act with compassion toward all living beings.

Much as I laud any article dealing with the subject of saving the planet, I am aghast that NOW failed to mention the elephant in the room in your Green Issue: overpopulation!

Its direct correlation to the fight for quickly disappearing resources and accompanying climate change is so obvious it’s a travesty!

This is a global problem. We share the same planet, we are all “peeing in the same pool,” breathing the same polluted air.

The number-one thing we can all do, especially here in the West, with our humongous resource-gobbling entitled culture, is to take a break on having babies for a while. I beg of you.

I enjoyed reading 10 ideas to save the planet in your Green Issue, in particular idea number eight, Rip Up The Pavement, which requires no technological fixes or innovations. It is simple and could be easily implemented – if enough people demanded it should be done.

And considering that we’re heading into a city election, I wish the topic would, at a minimum, be discussed.

In your next Green Issue, could you mention my Toronto-based green non-profit, Greenscroll?

It’s a way for people who own or visit websites to invest in green energy projects to alleviate some of the damage the Web does to the planet through server farms, brown electricity, etc.

People who join get a certificate to show on their website, demonstrating to visitors that it is offsetting its carbon footprint.

As usage of the Internet ramps up at amazing speed, we feel it’s important to try and ensure that it becomes sustainable.

Every time I read about the expansion of the Island Airport (NOW, February 25-March 3), I get angry. David Miller was elected on a clear mandate to halt its expansion, but he has been unable to shake the entrenched power of the Toronto Port Authority.

In the 1800s, Toronto suffered under the rule of the Family Compact, Crown-appointed gentlemen whose only interest was maintaining power for themselves and their families. They cared nothing for the people, which led to the Rebellion of 1837.

The TPA is like today’s Family Compact, friends of the government who care nothing for the environment or the people who live around Toronto Bay.

But who’s going to be the William Lyon Mackenzie to lead a new rebellion?

I worked with groups like METRAC to oppose the light boxes, based on safety concerns. Reduced visibility in a narrow space like a phone booth creates an increased risk of assault. Of course, when has safety ever gotten in the way of more ads? City staff have repeatedly told council that video billboards are dangerous because they distract drivers.

Although I was thrilled to see dance artist Peggy Baker featured in NOW Magazine, I was dismayed by Glenn Sumi’s sidebar that asked the question Who will be “the next Baker?”

Sumi’s idea of looking for something or someone to replace what already exists is counterintuitive to contemporary art-making. We are not up-and-coming.

We are here, NOW, igniting this city’s arts scene and representing Toronto across Canada and abroad. (Insert applause here).

I am quite mystified at the member of Parliament for Edmonton East and his comments about Louis Riel being a traitor (NOW Daily Online, February 22).

As a proud member of the Iroquois First Nation of Ontario and now a citizen of Alberta, I cannot believe that in the 21st century we still have such racial zealotry in the House of Commons, especially when you consider that the prime minister apologized to native and Metis tribes with a formal healing and signing ceremony.

We are a proud community and add a rich cultural mosaic to Canada’s socio-economic fabric.

Is Israel above criticism?

Letter writer David Modlin (NOW, February 25-March 3) seems to equate anti-Semitism with being anti-Israel when he asks, “Why does tiny Israel attract so much negative attention when places like Darfur, where people suffer incomparably horrific human rights violations on a huge scale, go relatively unnoticed?”

Does he believe that Israel should be above criticism? Israel continues to build on Palestinian land, has systems of roads, health care, housing and education that favour Jewish people.

As Israel is an ethnocracy (not a democracy), anyone who is not Jewish cannot ever achieve full citizenship and the rights that go along with it.

Its war on Gaza was condemned by the Red Cross, Amnesty International and the United Nations with measured criticism. The findings of these respected, impartial organizations were met with accusations of anti-Semitism.

By the way, Darfur did get noticed by the world.