Plus, term limits for councillors, the elephant in the room on climate change and Scarborough's best BBQ secret in reader mail

A reasonable compromise on Remembrance Day

Re Remembrance Day and reconciliation: Is it time to raise the flag? (NOW Online, November 4).

Raising the flag late on November 7 and lowering it again every Indigenous Veterans Day on November 8 and every National Truth and Reconciliation Day after that is a reasonable compromise.

When the flag was initially lowered, Trudeau should have announced that it would be for a specific period of time such as one month or until some important anniversary date related to Indigenous history. Lowering it indefinitely subject to negotiations was an unwise move.

By international standards, Trudeau has an unusual approach to the flag. Any country which has had colonies or slavery has enough anniversaries of injustices, killings and unnecessary deaths to keep its flag at half-mast more or less permanently.

Albany not the oldest private club in Canada

Your articles on Hidden Toronto are great, but the second line in print on the Albany Club (NOW, November 7-14) should read that the club is “among” Canada’s oldest private clubs. The St. James Club in Montreal was established in 1857, pre-dating Confederation.

Re Hidden Toronto: Graymar House (NOW Online, November 7). Maybe we should consider changing the name of Jarvis Street back to its original New Street?

Your list for the best places to eat starts out OK, but the best Italian food is Terroni? And the best Japanese is Kinton Ramen? The Keg for best Steakhouse?

Scarborough the place for BBQ

Oh, horsefeathers! Art of BBQ Smokehouse in Scarborough is the darn best barbecue joint in the GTA.

I’d like you to consider a “community” category for Readers’ Choice so the public can vote on the best respite centres and facilities offering social services in the city. This will help top shelters or drop-ins get support or bad ones improve meals, service or insensitive staff. I’ve great things to say about St. Stephen’s Community House!

The elephant in the room is a cow

Thank you for this informed and timely article about the literal cow in the room. We absolutely cannot meet climate targets with ongoing animal agriculture and the concomitant methane emissions, deforestation, and biodiversity loss.

Joe Cressy does the honourable thing

Councillor Joe Cressy has done the honourable thing to not run for re-election (NOW Online, October 30). It needs to be enshrined in law that councillors can only serve two terms, otherwise, the trend for councillors to be lifers will continue and stagnation will be the result

The core message from Dune (NOW Online, October 4) is that a planet can be the protagonist in a life or death drama.

Climate change is a disease that is infecting our biosphere and causing mortality at an increasing rate. The successes in controlling the spread of COVID-19 came from unprecedented global cooperation. Safe and effective vaccines were developed. Perhaps treating climate change as a global public health issue would enable us to successfully control climate change. 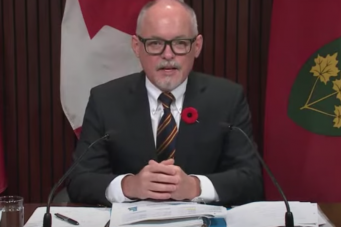 Letters to the editor: A cowardly failure of leadership on COVID

Plus, pushing park encampments, radio silence on Doug Ford's daughter's anti-vaxx views and the magic of Betty White in reader. 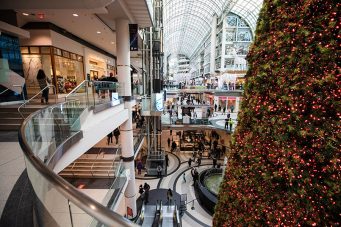 Plus, white people laughing at Asian jokes, say goodbye to New Year's Eve celebrations this year and there goes the.

Letters to the editor: And Just Like That… another whiny review

Plus, Tom Holland makes a crappy Spider-Man, Doug Ford’s COVID deflection and tenants get a free ride on rising costs.