NOW MagazineNewsLetters To The EditorMuslim prayer in schools is political: Reader love and hate

Muslim prayer in schools is political: Reader love and hate

Plus: Neglect is catching up to our transit system 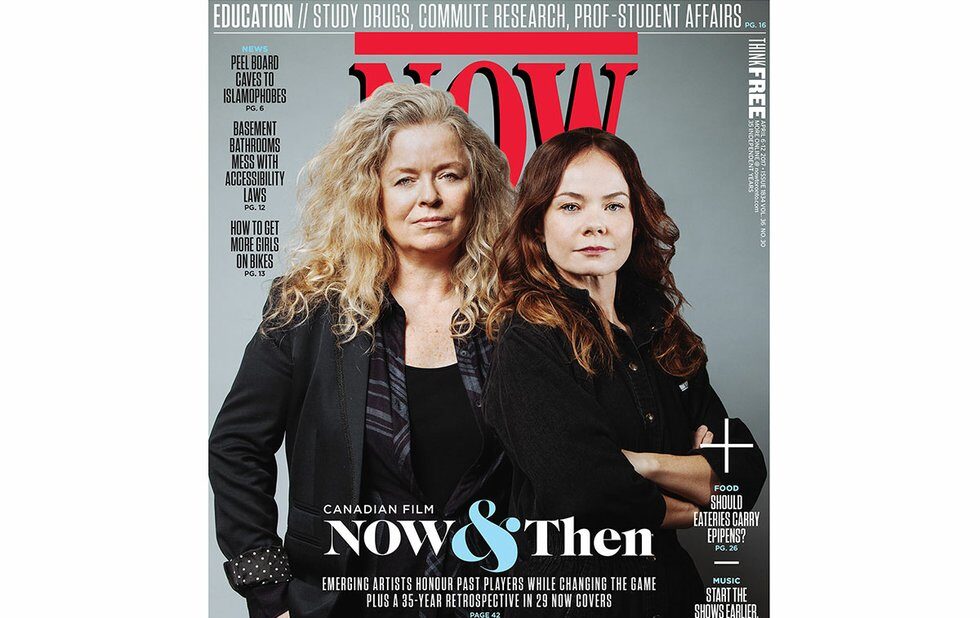 Muslim prayer in schools is political

Re Peel Board’s Muslim Prayer Mix-Up, by Abdullah Shihipar (NOW, April 6-12). I’m one of the parents supporting the petition against Muslim prayer in school. It clearly creates segregation. Nothing against the religion, but school is not a place for this. For that matter, there are many who say that Friday prayers are not compulsory for children and that they can be combined with the evening prayers. All these organized gatherings of faith in public schools leave a bad taste and clearly appear to be political rather than spiritual practices. We will continue to spread awareness, with dignity. There is no place for hatred, bigotry and racism in this movement.

The other side of Islam

You folks seem to do a good job keeping the world informed about every aspect of women’s rights. But I see almost nothing about that issue in regard to the Islamic world. Also, I just read that Islam is the fastest-growing religion in the Western world. Would someone please help me understand how this can be?

Neglect is catching up to our transit system

Re Not All Commutes Are Created Equal, by Kevin Ritchie (NOW, April 6-12).

Richer people get on and off the subway closer to the downtown core, do not have long waits and rides on dirty and often-late buses or long walks from their stop. If they use GO Transit, it’s a drive to the station and a short walk or subway ride from Union in many cases.

I’ve noticed a significant wage/ class divide on the Bloor line. Tired, weary-looking people – not executives, not professionals, not white-collar workers – get on at Yonge and Bloor and don’t really start streaming off the train until Victoria Park or Warden. Then it’s one or two buses to their homes in a rapid transit desert. Fifty years of neglect is catching up. I do not expect to see improvement in my lifetime.

A lesson in the real meaning of genocide

Murray is the one who needs a dictionary to look up the meaning of cultural genocide.

Better still, he should look up the UN’s definition. Physical annihilation is only one tiny piece of genocide.

I had exactly the same thoughts as letter-writer Chris Orbz (NOW, April 6-12) on your Kent Monkman cover. Why not reposition the text right on the faces of the white guys in the portrait? I would love to see this cover as a political statement, not a “decoration” on the first page. This said, I was happy to read Indigenous voices in the issue.

I shudder at the prospect of one more Aboriginal generation sacrificed on the altar of the Canadian government’s failure to take “steps to make amends” (Pamela Palmater) or provide “significant investment in health and education” (Dawn Lavell-Harvard) as a solution to the myriad ills that have been in the news (NOW, March 30-April 5).

If the wrongs of the past can be helped by boycotting or protesting Canada 150 celebrations, go ahead.

But if we are to realistically see any progress in First Nations communities, we need to go beyond more funding.

Let’s not invest the oppressor with magical powers to right all wrongs let’s have faith in the self-determination of those wronged, too.

Bad idea from councillor with too much time

Whoever has food allergies should carry their own.

Do we force school cafeterias to do the same?! Councillor James Pasternak has way too much time on his hands!

A different way for bar owners to do business

Why don’t club owners run dinner shows for older folks from 7 to, say, 11 pm – and a DJ event for the younger crowd after that? With talk of bars being able to stay open to 4 am, this opens a whole new way to do business.

One other thing that is a must for successful clubs: a savvy promoter.