NOW MagazineNewsLetters To The EditorTake the Canadian out of the song: Reader love and hate

Take the Canadian out of the song: Reader love and hate

Take the Canadian out of the song Perhaps Denise. 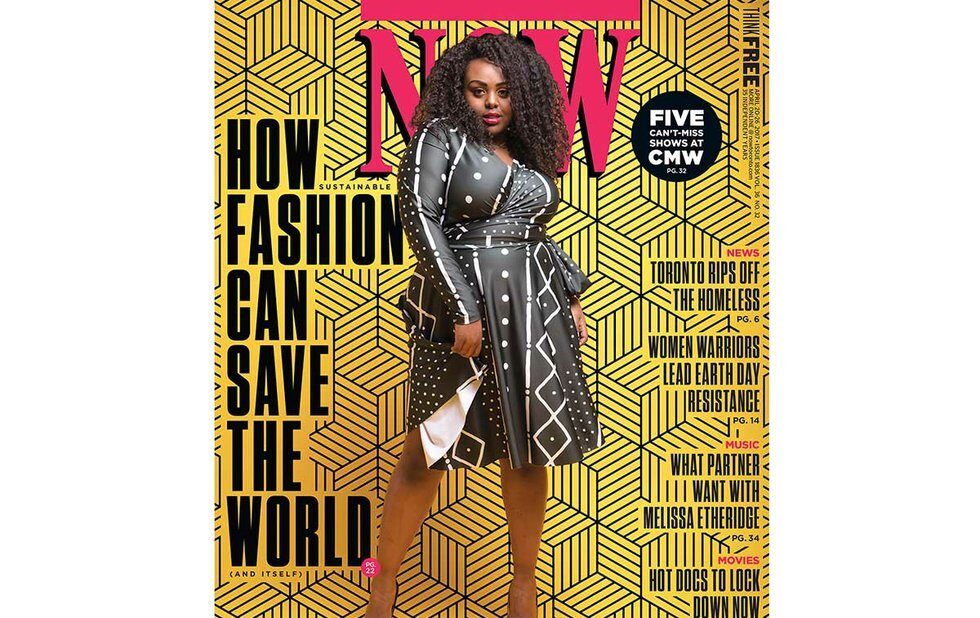 Take the Canadian out of the song

Perhaps Denise Donlon is suffering from a case of amnesia when she says Canadian artists “wouldn’t put a Canadian place name in a song back in the 80s because they were afraid it would hurt their chances for success in America” (NOW, April 20-26).

Of the many songs on heavy rotation on radio and MuchMusic during the 1980s and 90s were the Kings’ This Beat Goes On/Switchin’ To Glide, whose lyrics include “You said to ring you up when I was in Toronto” Rush’s Spirit Of Radio, proudly about alternative radio station CFNY 102.1 Lorraine Segato’s unabashedly Canadian Parachute Club and Bruce Cockburn’s If A Tree Falls, which referred to “mangy BC hills.”

Similarly, the Barenaked Ladies and Moxy Früvous had numerous Canadian themes in their songs. And last but not least, Mendelson Joe, in Let’s Party, 1981, sang, “My love for you is fuller than a Bay bus in rush hour.”

I remember visiting HMV (NOW, April 20-26) the first year it opened. For a teenager visiting from northern Ontario, there were so many unique details to the shopping experience that I’d never seen before.

I’d never been to any event with dancing searchlights. Yet there on top of the roof were a group of four moving around like every night was a night to remember.

Meanwhile, in the front window, a man and woman were paid to dance up a sweat to the music, importing a little bit of MuchMusic’s Electric Circus atmosphere. And who can forget the wall of television sets beaming out the window on the third floor. That might not seem impressive these days, but it felt pretty special back then.

Letter-writer MB must be high on something (NOW, April 20-26). Jodie Emery’s hard work on legalization will benefit young people. At least now they and everyone else will be buying products of known potency cultivated by reputable growers without harmful pesticides or other contaminants, rather than buying from the black market.

We ought to give consideration to legalizing all drugs. There would be a lot fewer overdoses if users of hard drugs could buy drugs of a known purity with professional advice on dosage from pharmacists. Methinks Emery cares about people and MB cares more about moral turpitude.

We make a simple thing like legalizing marijuana brutally bureaucratic (NOW, April 13-19). The hypocrisy is amazing.

What about the effects of sugar on childhood obesity rates, and global warming on the health of billions? Unfortunately, we can’t tax stupidity.

Dispensaries not good for your mental health

Reading your issue on cannabis, I was hoping to find more information on how to use marijuana medicinally.

Even through online research it’s incredibly difficult to find out something as basic as proper dosing.

Do people behind the counter of a dispensary know how to educate customers on the proper medicinal use for anxiety? Can they tell if customers are psychologically addicted? Do they even care?

Marijuana has a lot of potential for treatment. It’s helped me with my own mental health issues, but a lot of mentally ill people out there may be desperate for help and could easily be exploited.

Re your story on meat rabbit production in Canada (NOW, April 16). The article cites two spokespeople from animal rights organizations who depict rabbit producers as irresponsible and cruel to the rabbits they raise. The “facts” lack context and detail.

A National Code of Practice for rabbits was initiated over two years ago by a group representing Quebec rabbit farmers.

Like all the other codes, it focuses on all aspects of animal care, from housing design and behavioural development to stress reduction and euthanasia.

Animal rights organizations work toward the complete elimination of animal agriculture in all forms. Consequently, they may not make the best impartial analysts.

The Silver Dollar will be missed. I’ve always considered it Toronto’s answer to CBGB.

There’s a fashion app for sustainability

Just wanted to let your readers know about the Good On You app, which provides ethical/sustainability ratings for more than 1,100 fashion brands.