NOW MagazineNewsLetters To The EditorThank you, Jon Kaplan: Reader love and hate

Plus: Big up for Charles Officer's Black activism 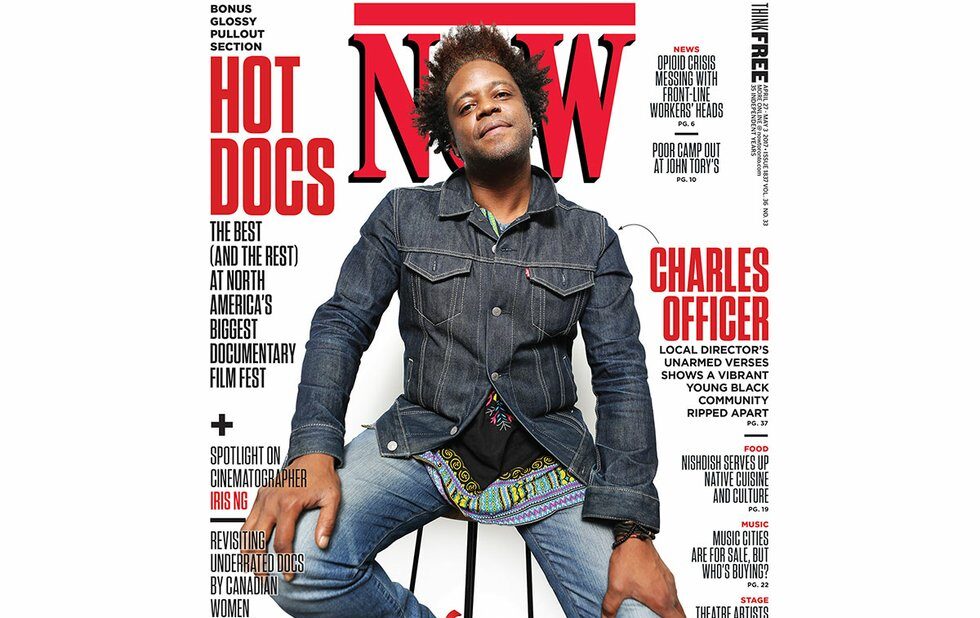 Re In memoriam: Jon Kaplan (NOW, April 28). I am remembering decades of Thursdays when I’d race to open the stage section of the fresh issue of NOW Magazine.

Jon Kaplan knew theatre. He lived, breathed and celebrated theatre. He clearly loved, respected and adored theatre artists. I saw him so many times in Fringe and SummerWorks festival lineups, eyes twinkling, excited to discover the next breakout writer, director, actor or designer.

If he mentioned me in the Theatre Scenes column, in a review or an Artists To Watch list, it made me feel such validation as an actor. The news of his death has shaken me, as I know it has many of us. His generosity, his encouragement, his fairness and his passion will never be forgotten. May we all carry on his beautiful, encouraging spirit.

Jon Kaplan lifted us all up

As I read the memoriam about Jon from my home in St. John’s, Newfoundland, my heart is pounding. I am wishing that his were pounding, too. Because it did. Jon was full of passion, wisdom and generosity.

I met him in 2009 when I was performing at Tarragon. We became friends and mutual fans. But I’d been reading his reviews since the late 1980s, so I knew that he loved theatre like I did. I can’t imagine the loss felt by those closest to him. He lifted us all up. Please know that together we can lift you, in his memory.

(Editor’s note: Read Susan G. Cole’s and Glenn Sumi’s appreciations, as well as tributes to Jon Kaplan from readers and members of the theatre community.)

I just want to say great article by Radheyan Simonpillai (NOW, April 27-May 3) and cover photo of filmmaker Charles Officer. His community activism gives solace to the voiceless. By the way, Charles, The Skin We’re In, your made-for-TV documentary on Desmond Cole, was gold.

Fentanyl in more than just heroin

It’s good to see the fentanyl overdose crisis being covered (NOW, April 27-May 3). I just want to get the word out, especially to recreational drug users, that fentanyl is being found in almost all drugs, from cocaine to ketamine and MDMA (molly).

And because of the way drugs are cut and distributed, it gets into otherwise harmless party drugs.

People are dying. If you or your friends use drugs, please get naloxone (a drug that can reverse an opioid overdose). It’s available at pharmacies across Toronto and at the Works, you don’t have to show any ID, and it’s legal to carry and easy to use.

All you need is a 20-minute training session. Please party safe.

No one’s claiming all Muslims are terrorists

Re Anti-Islam Crusade In The Name Of Christianity Gets Uglier, by Michael Coren (NOW, April 27-May 3). Hyperbole again from Coren. What BS. He alleges there’s an “anti-Muslim crusade in the name of Christianity.” Who has ever claimed that all Muslims or all Palestinians or all of any group commit murder and mayhem? But he did manage to trot out his imaginary Jewish connection with a shot at the “ultra-Zionists.”

Please fire the editor who made the decision to feature Hamilton stores in your Record Day column (NOW, April 20-26).

What an insult to your advertisers, readers and Toronto residents and tourists! I hate this type of journalistic toadying to increase market share.

In defence of Denise Donlon

Yeah, dude – excellent examples from letter-writer Andy Manahan of Canadian artists who mention Canada in their songs (NOW, April 27-May 3).

I don’t think Denise Donlon said that didn’t happen, just that artists knew it limited their appeal outside Canada – and every single artist you mentioned found that to be true, as none of them made much of an impact outside this country. Except maybe Rush, and not for songs that were Canada-centric. Oh, and you left out Blue Rodeo and the Tragically Hip, both great bands, but pretty much only in Canada.

Why do you publish your opening film capsule reviews (set against green) in the smallest possible text? The point size is smaller than the older capsule reviews nearby that are months old.

You are straining my reading glasses prescription.

A shout-out to NOW for identifying obstacles to establishments in your drinks and food reviews. This very simple inclusion gives potential customers one more critical piece of info toward their decision, whether one has a mobility issue or not.