Plus, Toronto Media Arts Centre faces eviction and Toronto cookie magnate's haunted mansion in Letters To The Editor this week 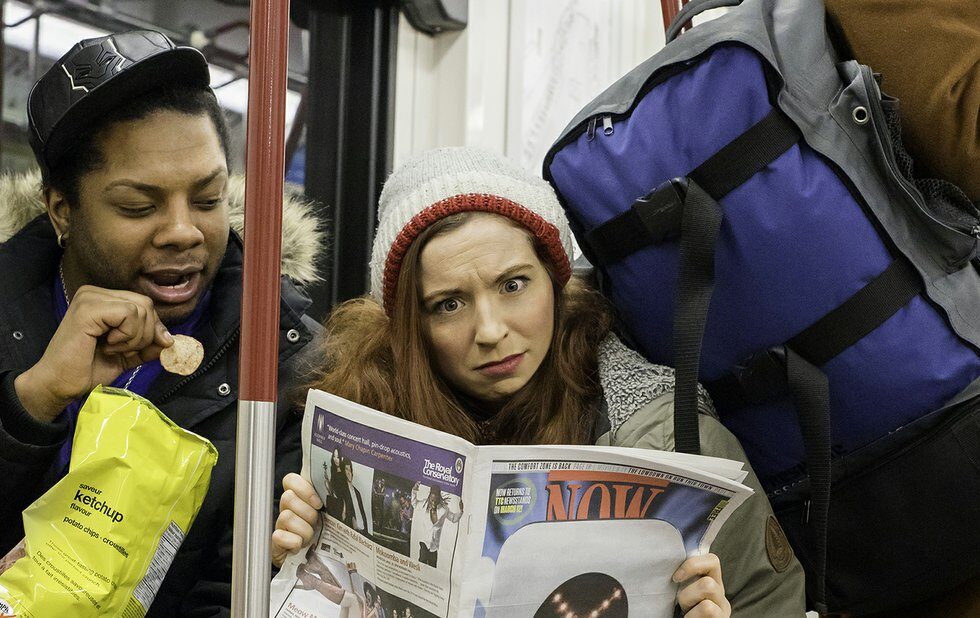 Your recent TTC Survival Guide was great (NOW, March 12-18), but you neglected to mention the many licensed musicians on the TTC who work hard to improve people’s lives and entertain busy commuters.

As a licensed musician for several years, I’ve had many people thank me (verbally and financially) for “making their day.” Sometimes it feels like a calling, and I feel lucky to be able to have this work. Many of us buskers perform in bars and night-spots as well – we have JUNO nominees and winners among our ranks!

We musicians do help calm and inspire people and give a real, live, cultural experience in this distracted world. Thank you for continuing to cover the arts in Toronto.

The number of people letting their dogs sit on seats on the TTC has escalated in the last few years. The TTC needs to have ads stating that dogs and other animals must be in carriers or sitting on the floor out of the way.

Express subways an idea we should copy

I recently returned from a trip to England. I was thinking of your recent issue of NOW devoted to the TTC.  Over a century ago, the New York subway system built tracks running express and local trains across all its routes. The TTC should have copied this, saving time for subway riders.

For example, the Yonge line could have had a local line stopping at every station below Bloor and an express line stopping only at Eglinton and Finch north of Bloor.

The TTC should surely be a global icon, but the trains are out of date and the platforms are from another era. Those in charge should look at Seoul or Warsaw or even Budapest, which have impressive transport networks and very different population sizes to serve. Toronto isn’t a new city, there is no excuse.

A better solution to fare-free TTC

A better solution to free transit (NOW, March 5-11) is to give everyone whose income is under $2,000 per month a $50 Presto card. We should also be providing a subsidy for each bus and subway rider and for Wheel-Trans riders.

We also need to plan new subdivisions with transit in mind.

New El Mo a slap in the face to the arts

Sure the new El Mocambo might sell out at $1,000 a ticket for some high-profile touring band (NOW, March 16-22), but that’s not the point. This is a corporate slap in the face for a music community struggling to survive.

Shame on the city of Toronto for trying to evict Toronto Media Arts Centre (NOW Online, March 9) from it’s building. What are these financial targets that the city council is claiming TMAC must meet?

Regarding your Hidden Toronto on William Mellis Christie (NOW Online, March 7). I heard that Christie had left it in his will that Catholics were not to have his house. St. Michael’s College was right next door so the nuns bought the house through a third party. It’s probably an urban myth.