Toronto Island was originally a peninsula, jutting out into Lake Ontario from Torontos eastern end. In 1858, a violent storm. 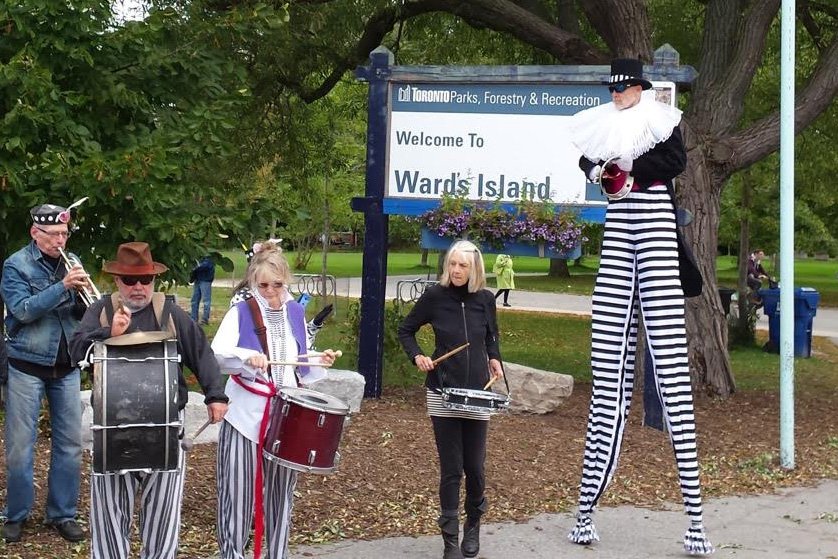 This ferry welcoming party is not guaranteed as part of the new Toronto Island tour.

Toronto Island was originally a peninsula, jutting out into Lake Ontario from Torontos eastern end. In 1858, a violent storm caused waves to cut through it, separating it from the mainland and transforming it into the collection of islands it is today. Prior to European colonization, the land was a sacred place for Indigenous peoples, including the Mississaugas of the New Credit First Nation, who used the island for hunting, fishing and as a healing ground for the sick.

These are the kinds of things youll learn on a brand new tour of Toronto Islands, launched by longtime friends and island residents Linda Rosenbaum and Susan Roy. Its a way to share the beauty and history of the area with non-Islanders, but also to advocate for the issues that matter to those lucky enough to win its housing lottery (no really, theres a lottery system in place for snagging housing on the Island).

Toronto Islands history reflects the citys growth from the late 1700s. We share this 150 year-old history with visitors, and our tour highlights historical buildings and landmarks that the community has been fortunate to preserve, including our lovely blue wooden clubhouse that dates back to 1913, says Rosenbaum. Susan and I have collected wonderful archival photos dating back to the early 1900s that we share with the visitors.

The tour begins with a walk through Wards Island, named after William Ward, a fisherman and the first settler to move to the island in 1838. Guests will learn about the origins of Ward’s Island, which began as a tent community in the late 1800s. Over time, residents transformed their tents into small cottages which would eventually turn into year-round homes. Attendees can view the homes that are built on the original tent sites, along with gardens and communal spaces like the Wards Island Clubhouse, built in 1913.

The tour continues to the Island Cafe, past breathtakingly beautiful flower and vegetable gardens, before walking along the boardwalk overlooking Lake Ontario. This enables guests to see the beach before visiting The Rectory Cafe and Art Gallery on their way to Algonquin Island.

Linda and Susan share personal stories along the way, using the opportunity to discuss issues facing their community like the lack of a doctor on the island or the current flooding, all the while encouraging attendees to ask questions.

Rosenbaum says a big inspiration behind this tour was to make it a tribute to the people who gave them support during Save Island Homes, a campaign the community began in the 1970s when the government proposed tearing the homes down in this area. Its their way of showing what was preserved the culture that exists outside of the urban city.

Rosenbaum says that visitors are intrigued to discover that the island is much more than a cottage country for vacationers: its a community of people living their day-to-day lives in a place they call home.

The tour was supposed to launch on June 1, but heavy rains and flooding have meant it will be postponed until a later date. Parks & Recreation and the Conservation Authority say they expect waters to recede again by July 1.

Were disappointed, naturally, Rosenbaum says. Spring is so beautiful here, but it will be just as beautiful in July.

The tour is $20/person and it’s expected to be held every Tuesday, Thursday and Saturday through to September, weather permitting. Youll be able to buy ferry tickets online before meeting Linda and Susan at the Wards Island ferry docks. The boat leaves for Wards Island from the Jack Layton Ferry Terminal located at Bay and Queens Quay.