NOW MagazineNewsLooking back on Unite The Right violence in Charlottesville

Looking back on Unite The Right violence in Charlottesville 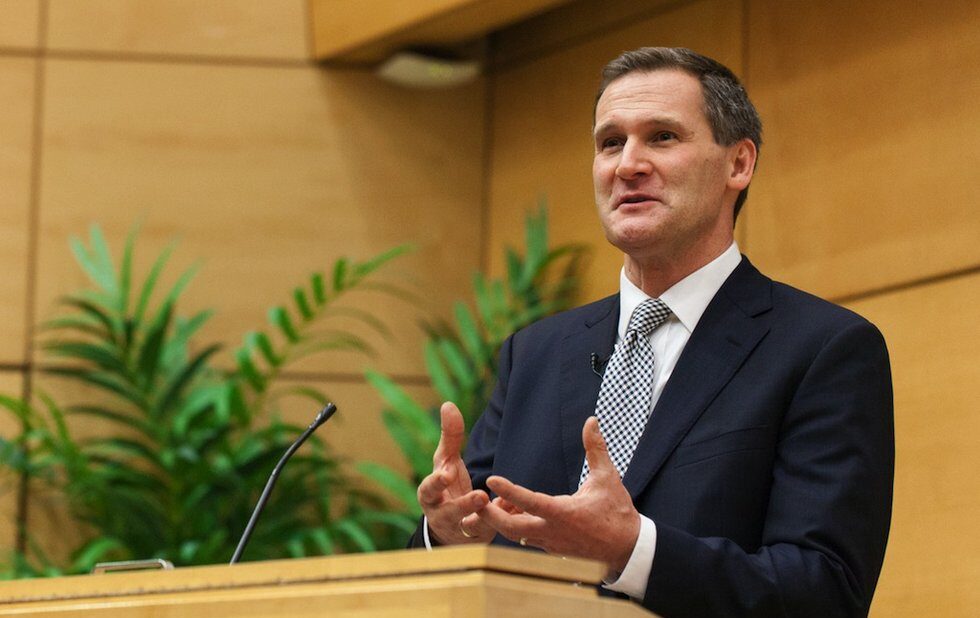 Months after Charlottesville, Virginia, became the scene of a deadly Unite The Right rally, residents are still dealing with the trauma.

“There’s no easy way out,” says Mayor Michael Signer. “The recovery is going to continue for years. It’s not just the physical violence that people were subjected to. It’s also the visual violence, the actual terror that occurred.”

Last week, more than 700 people in the community attended a workshop on healing, says Signer, who was in Toronto on November 29 to deliver a lecture at Ryerson University entitled Democracy In The Age Of Trump: Trials, Tribulations And Resilience, as part of the student-led International Issues Discussion series on contemporary issues.

The election of Donald Trump, says Signer, set a precedent for contemporary demagoguery that’s being copied by Marine Le Pen in France, Kellie Leitch here in Canada and far-right populist figures in Germany, Austria and the Czech Republic.

Despite this troubling trend, Signer says people have responded, including in the U.S., where Democrats recently won elections for governor in both Virginia and New Jersey.

Signer sat down with NOW before his lecture to discuss why he thinks there’s reason for political optimism – and what we can all learn from Charlottesville.

You published Demagogue: The Fight To Save Democracy From Its Worst Enemies, in 2009. How does the political climate today compare to when you wrote the book?

The book, all of a sudden, became relevant in a whole different way, which I didn’t expect. In 2009, you had Hugo Chávez in Venezuela, Mahmoud Ahmadinejad in Iran and Muqtada al-Sadr in Iraq, people who were preying on democracy from within by exploiting prejudices. What has happened in America is you’ve seen Donald Trump use those same tools and you’ve seen it visit a lot of threat on our democracy.

You outline four criteria for demagogues. Do you believe Trump meets all four?

I was asked by the New Republic [magazine] several years ago to write an article about whether he was and I said no. He didn’t seem to want to be a mirror of the masses. Everything he did was this elite lifestyle.

But in the late summer of 2015, you saw him take a turn. That’s when he started talking about the “silent majority.” That was intentional.

When you started to see the violence he invited at his rallies or his questioning of the courts, all of those were an invitation [to his base] to undermine governance. He clearly was doing all of it for political benefit.

What does that mean for you as a mayor in America?

It’s interesting. A lot of people don’t know that the mayorship in Virginia is a part-time job. I see the work that I’ve done on this, including a lot of writing and speaking, as not so much having to do with my part-time work as an elected official but as work I’ve been doing for many years. When the Muslim travel ban was announced, I thought it was my duty to lead and to stand up for our embattled Muslim population in Charlottesville. We have an office of the International Rescue Committee, so we bring hundreds of political refugees in ever year.

You write about checks and balances in American politics that have prevented demagogues from taking power. What has changed to let Trump in?

The most important check and balance is people themselves. It’s not so much the formal institutions but the civic culture – the fabric, the norms and values that we live by – that has historically stopped demagogues in the United States. To me, the election of Trump is a stress test of the system: how do we as a nation deal with this? I have a measured optimism.

How does the rhetoric between left and right fit into your perception of civil society?

Most Americans want a government that produces results and achieves progress on issues that matter to people and their kids, whether it’s equity, justice, health care or economic progress. We just saw this in Virginia where voters elected, by a very wide margin, a candidate for governor who rejects divisiveness. They’d criticized him as boring. [But] as it turns out, people prefer that to hailstorms of tweets, fury and outrage.

How do you think Canada is being affected by the political climate in your country?

I would say the lessons for any healthy constitutional democracy are the same. You have to be vigilant about the values that got you here. Deliberation, tolerance, pluralism, facts, listening. That’s how a democracy works. [But] what we’re seeing now is a battle between the politics of intimidation and the politics of deliberation, and deliberation has to win. It just has to.