Lowering the bar on Michael Bryant 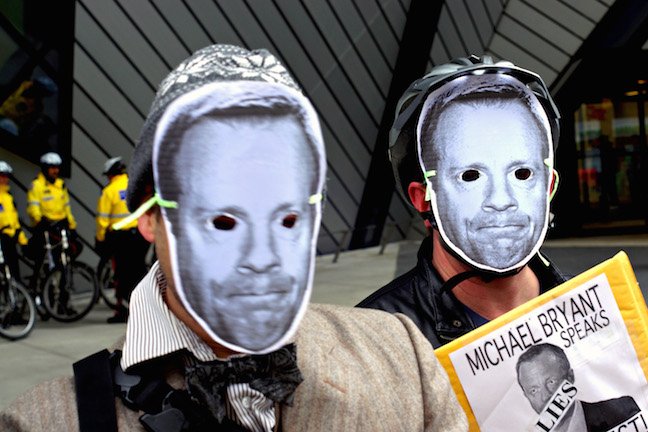 Mark Sandler is this year’s recipient of the G. Arthur Martin Criminal Justice Medal for “outstanding contributions to criminal justice.”

The award will be presented on the final day of the Ontario Criminal Lawyers’ Association (OCLA) convention, which runs Friday and Saturday (October 30 and 31) at the Toronto Marriott Downtown Eaton Centre Hotel.

OCLA presents the medal annually. Past recipients include famed defence attorneys John Robinette and Eddie Greenspan, former Supreme Court justices Louise Arbour and Antonio Lamer, and James Lockyer, a co-founder of the Association in Defence of the Wrongly Convicted.

Martin, after whom the award is named, is considered “Canada’s greatest criminal advocate.” He never lost a murder case of the 60 he litigated as a defence lawyer.

Richard Peck was last year’s recipient. That’s noteworthy because Sandler and Peck are most famous as the defence attorneys chosen to act as independent prosecutors in the Michael Bryant case. Did Peck and Sandler receive the medal in part for their work on this case?

The former Ontario attorney general was charged with criminal negligence causing death after the infamous 2009 altercation between his Saab and cyclist Darcy Allan Sheppard.

The charges against Bryant were eventually dropped. Peck cited no likelihood of a conviction after Bryant’s lawyer, Marie Henein, brought in statements from other motorists who’d claimed to have had confrontations with Sheppard.

In his book on the case, 28 Seconds, Bryant wrote about what his legal travails had taught him about the closeness of the Toronto criminal defence bar.

“They stick together and work together to help each other, even if they’re not retained on the case. This doesn’t apply to every lawyer, but amongst those who reciprocate, there is a small group of colleagues who advance the interests of the accused, at large.”

“Advance the interests of the accused, at large” is a phrase that could best describe the OCLA. The association was founded in 1971 by 10 leading criminal lawyers in Ontario. One of them, Hugh Locke, said the group was started so criminal defence lawyers would get some “respect.”

This is the same group that Henein could be referring to in her own essay on the Bryant case, Split Seconds Matter.

She wrote: “The truth is that Michael Bryant was well-loved by the legal community. Many identified with him, many knew him personally, and many were utterly grief-stricken over his situation. The pressure to get the right result was, to be honest, overwhelming at times. Nothing in law school gets one ready for this amount of scrutiny. One’s failure will be as notorious as one’s success, and the legal community, just like the public, loves both stories equally voraciously.”

It’s not known whether Peck and Sandler faced similar pressure “to get the result right” on the Bryant case, but what is known is that both Peck and Sandler are prominent members of the criminal defence bar.

Peck has a long history. He has successfully defended some very notable clients, most famously the accused in the Air India bombing. Peck is the fifth non-Ontarian to receive the award in its 27-year history. Virtually all his defence work has been done in British Columbia. His only work in Ontario seems to be as a special prosecutor. In addition to the Bryant case, he’s chosen to drop charges against the accused in two other cases.

Sandler worked as Peck’s assistant but has no famous defendants. He often represents police departments. His main claim to fame is the Bryant case.

In his remarks to the court after charges against Bryant were withdrawn, Justice Paul Bentley said, “One thing that has surprised me, perhaps, but now has given me such great respect for all counsel that are before the court today, is how everybody worked as best they could to produce the situation that brings us here today.”

It seems both teams of lawyers worked together to get what Henein described as “the right decision” for Bryant and the criminal defence bar.

Joe Hendry is a cycling advocate who runs the Bryant Watch blog.