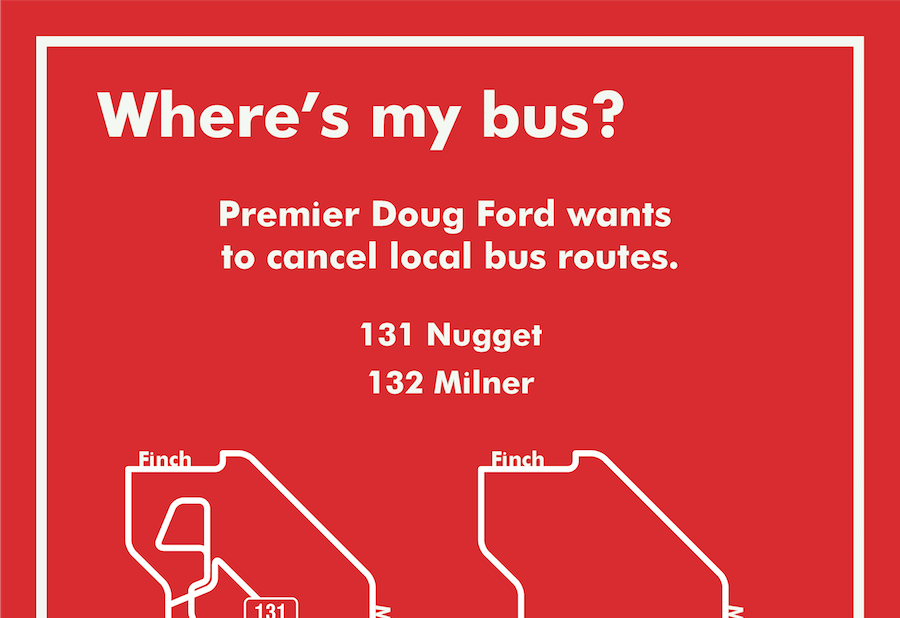 The transit advocacy group has released maps to illustrate what future service cuts on bus routes will look like.

That comes as the Ford government moves ahead with plans to attach strings to emergency federal funding for COVID recovery. The province has pledged some $404 million to Toronto. But TTCRiders points out that the TTC’s shortfall in 2020 is projected to be $700 million.

In addition, the government has placed conditions on the funding. Minister of Transportation Caroline Mulroney wrote to Mayor John Tory on August 12 to outline a few.

There’s a requirement that municipalities “review the lowest-performing bus routes and consider whether they may be better serviced by microtransit.”

Mulroney’s letter also spells out the need to discuss “fare integration” and “new possible governance structures” for transit in Ontario.

The letter goes on to discuss the need for municipalities to participate in future discussions with the province “to optimize transit.”

TTCRiders says that will mean service cuts and higher fares. And the privatization of transit service in suburban and low-income areas of the city that can least afford it.

The group selected 24 bus routes where ridership was below 4,000 passengers daily in 2018 to illustrate the effects of possible cuts. (They’re reproduced below.) 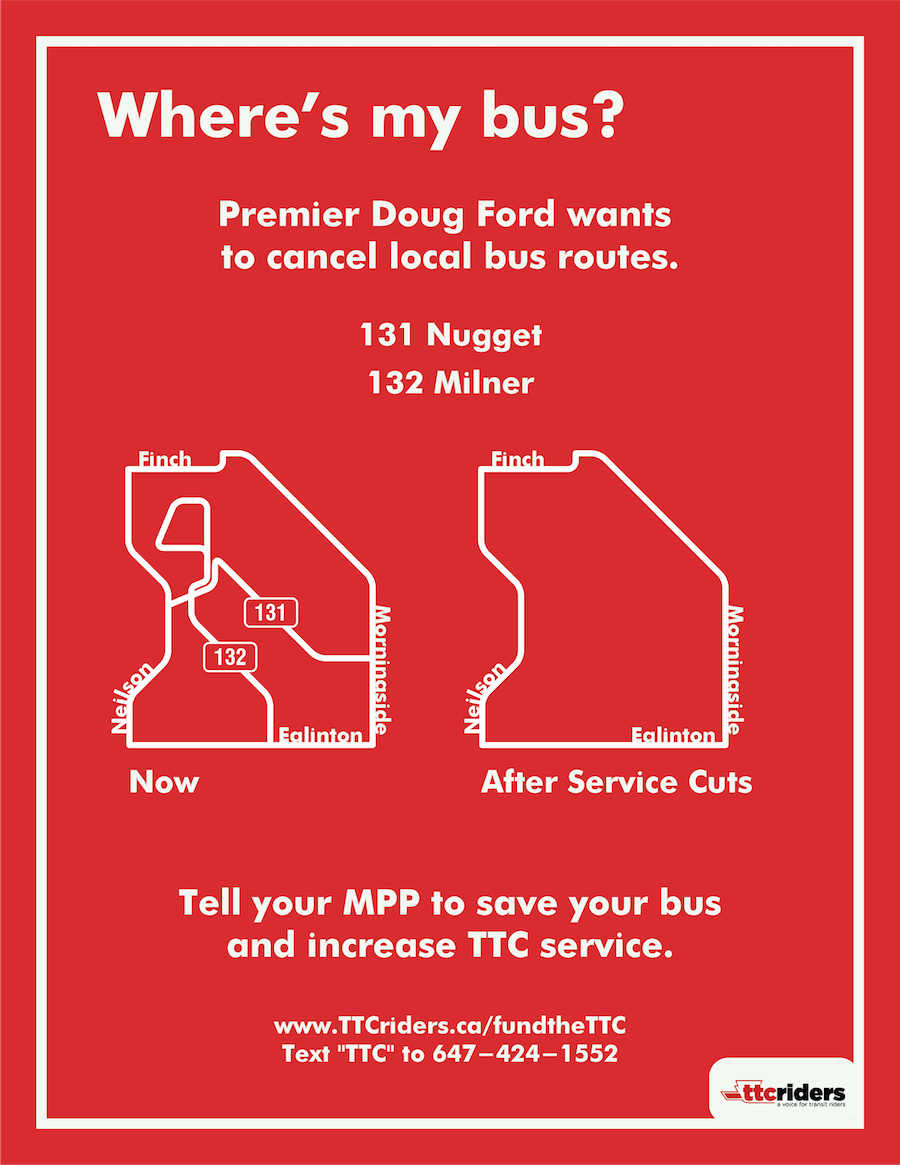 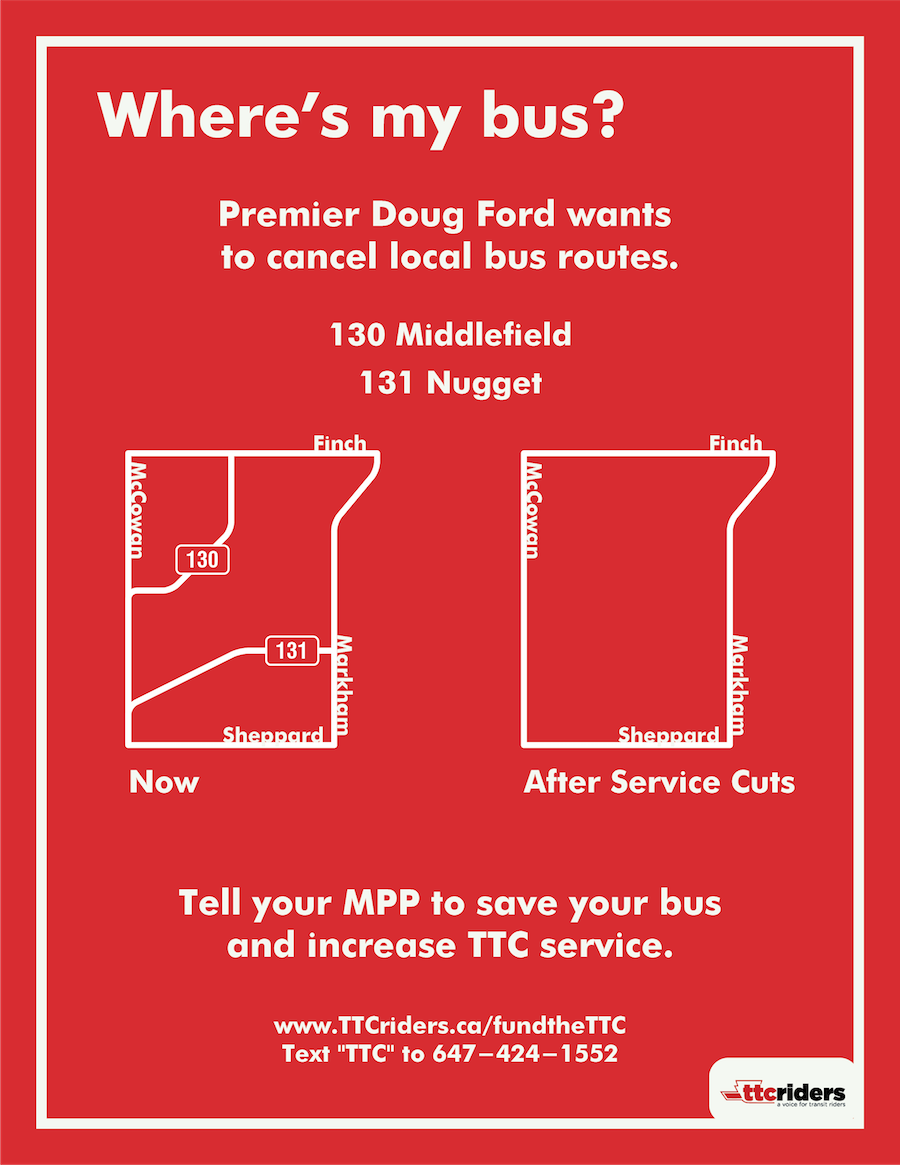 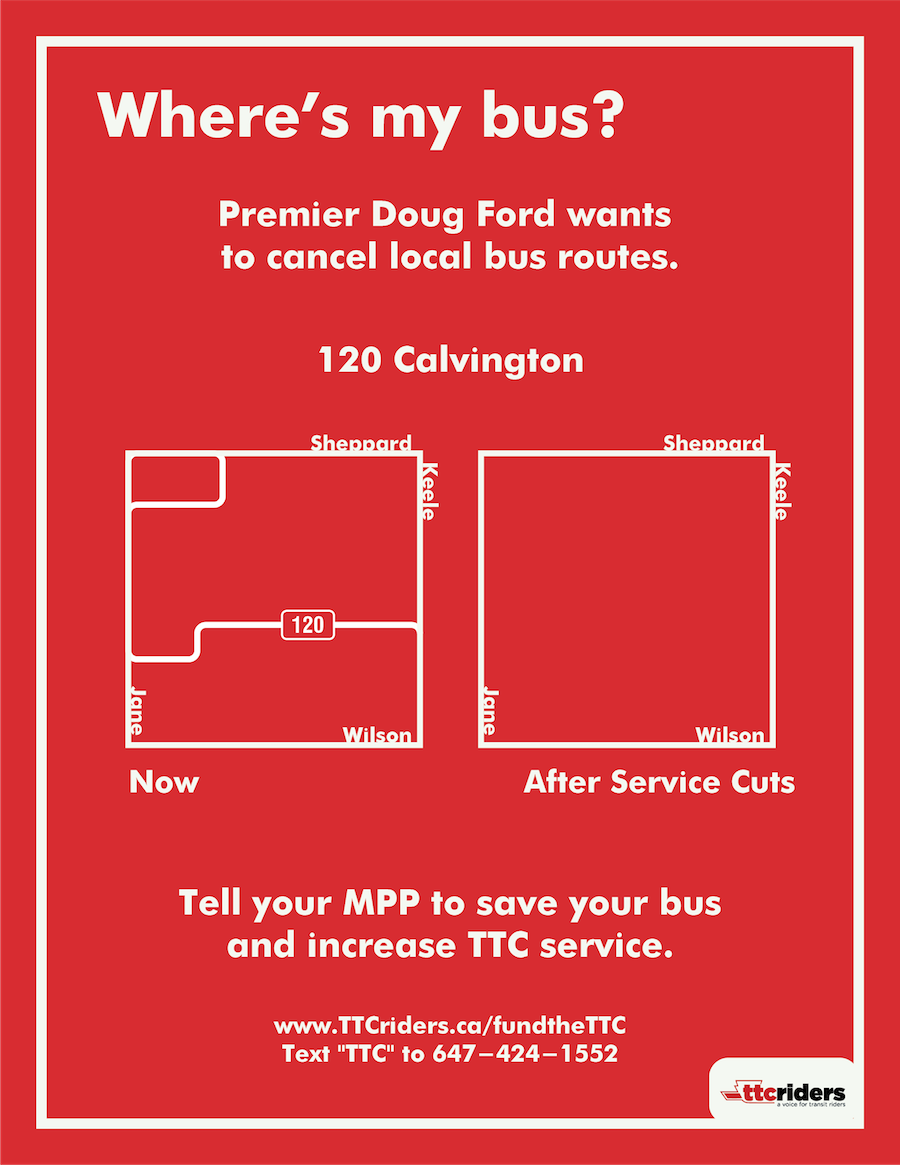 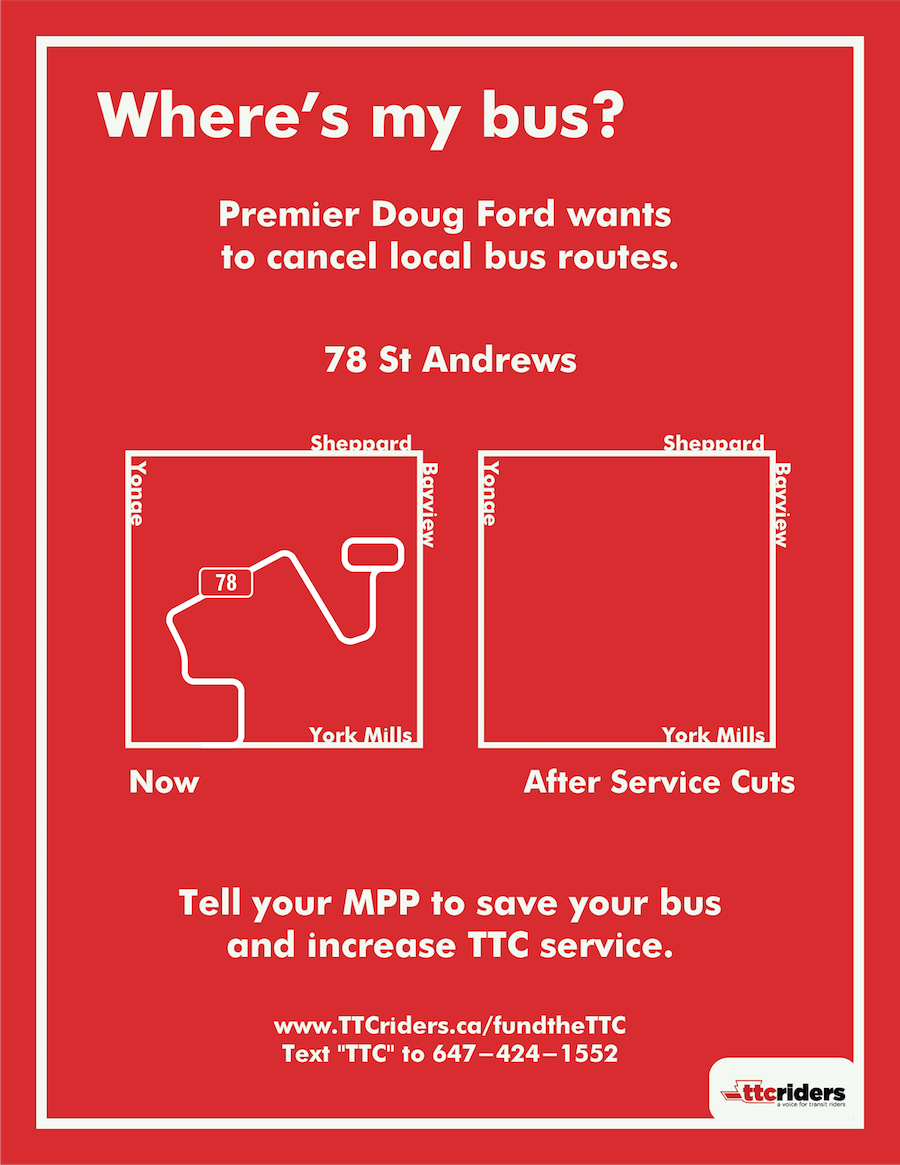 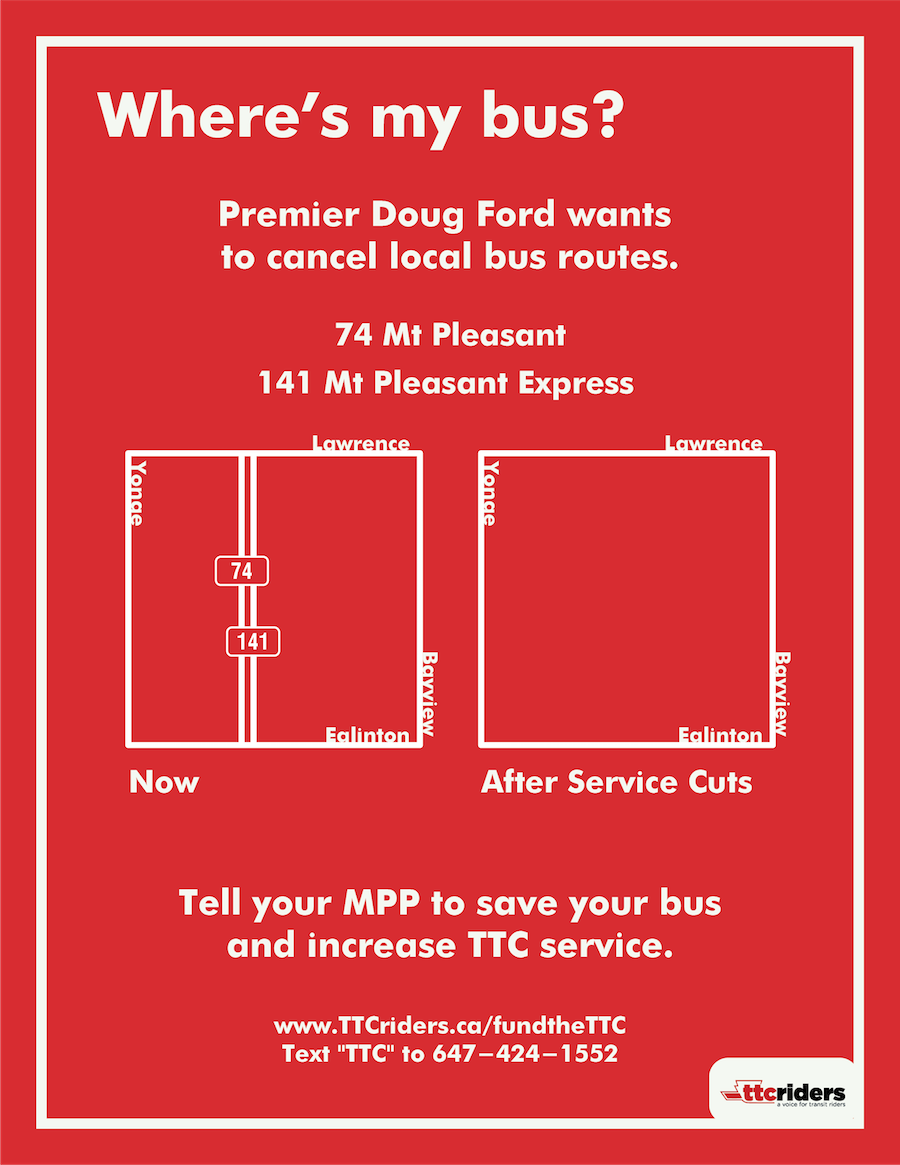 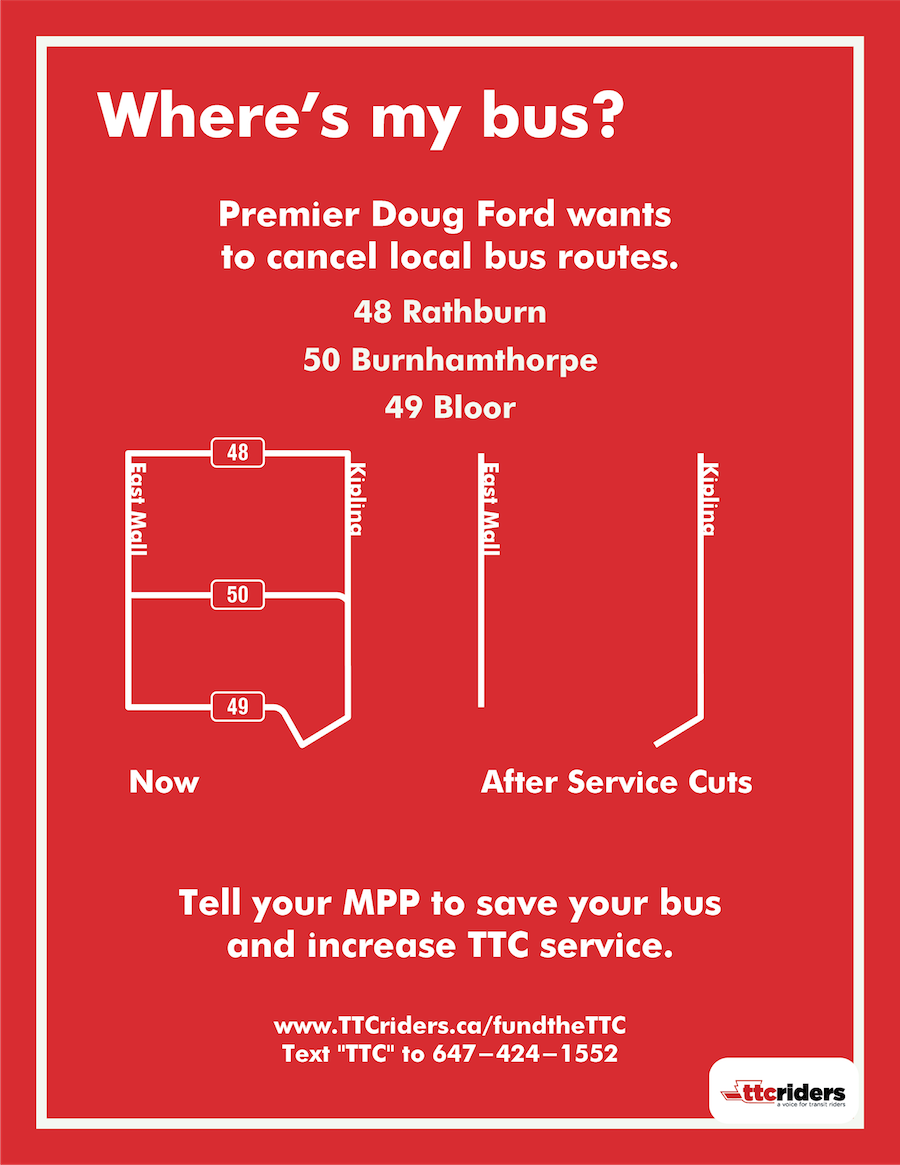 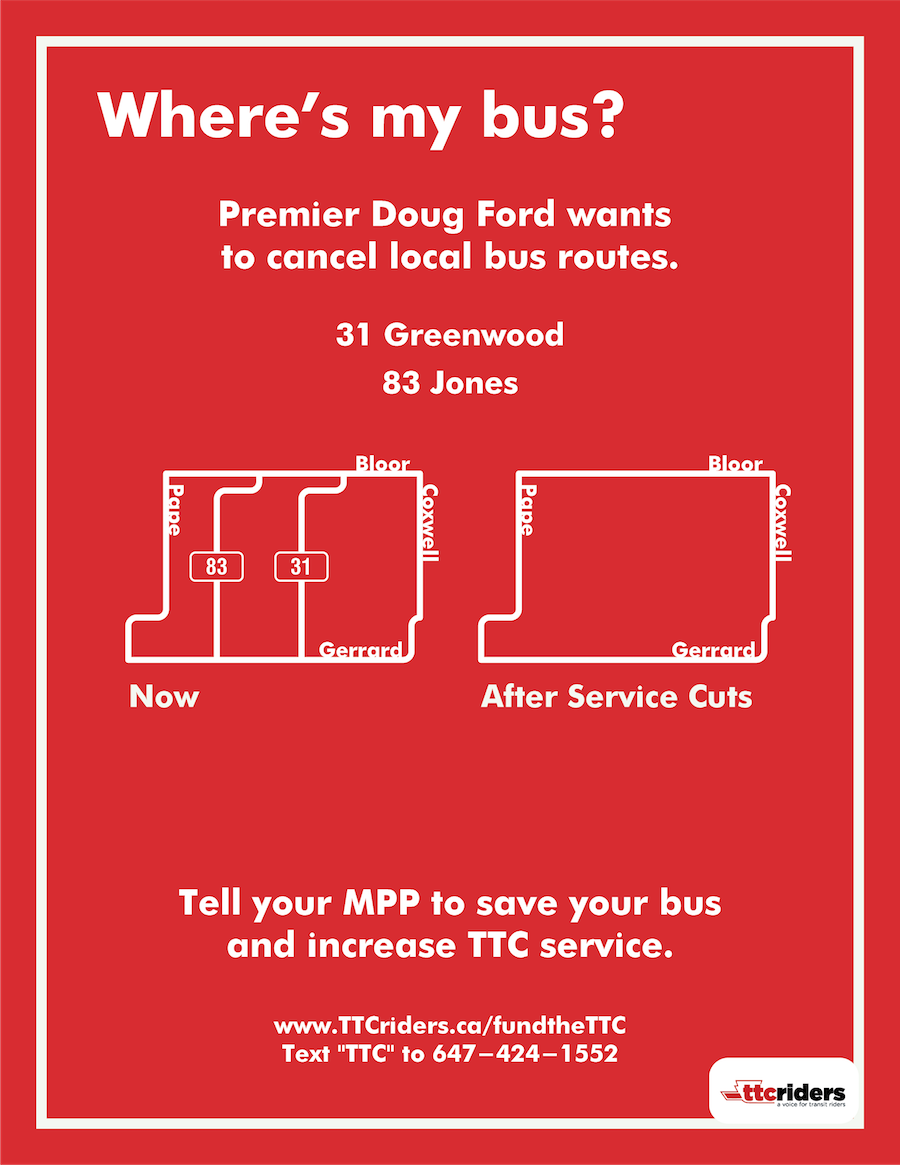 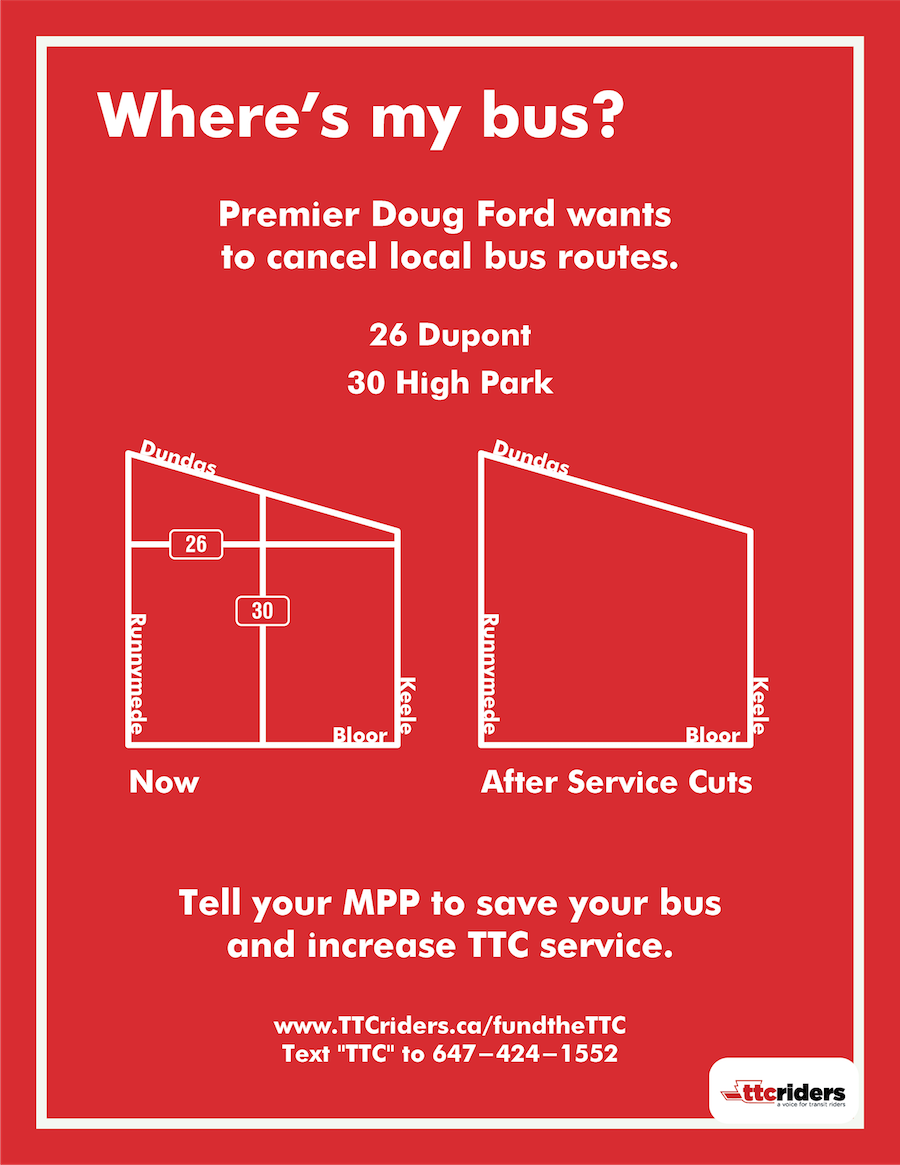 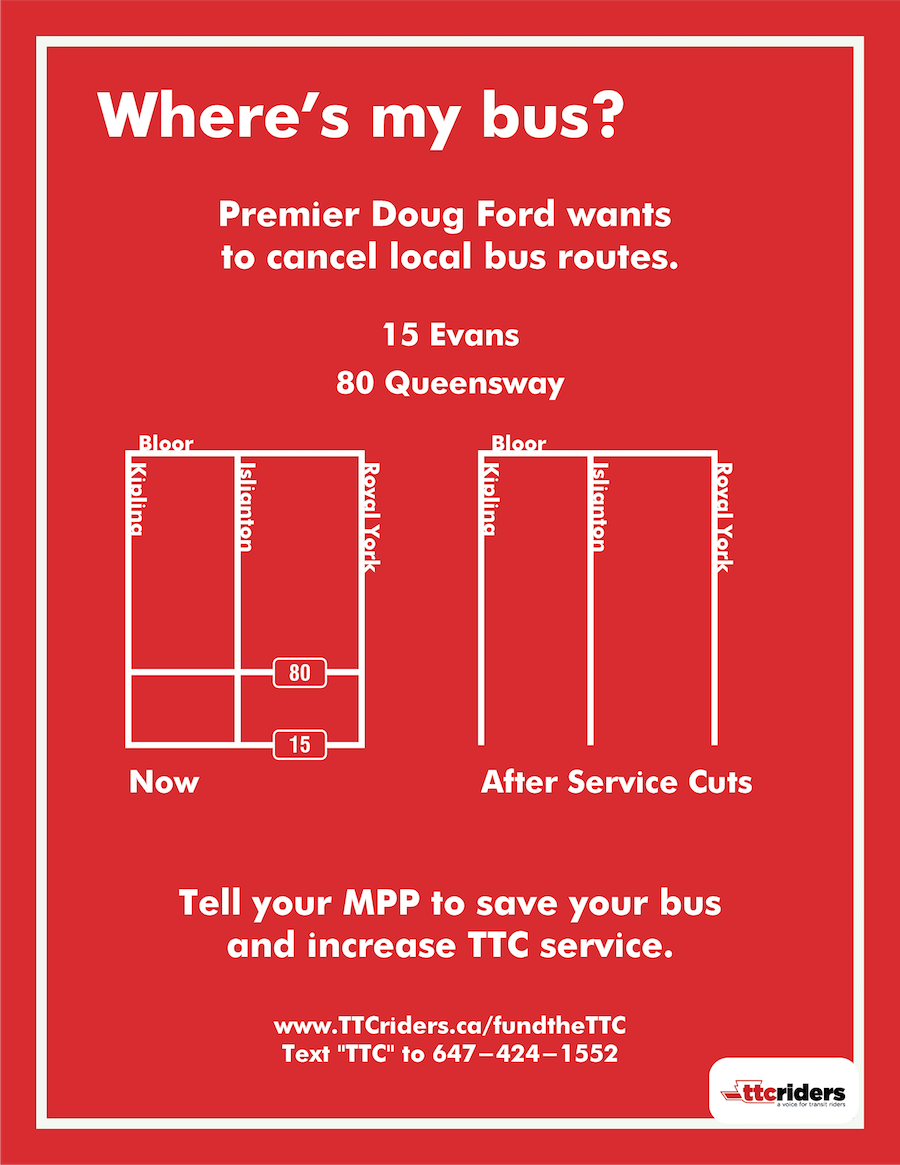 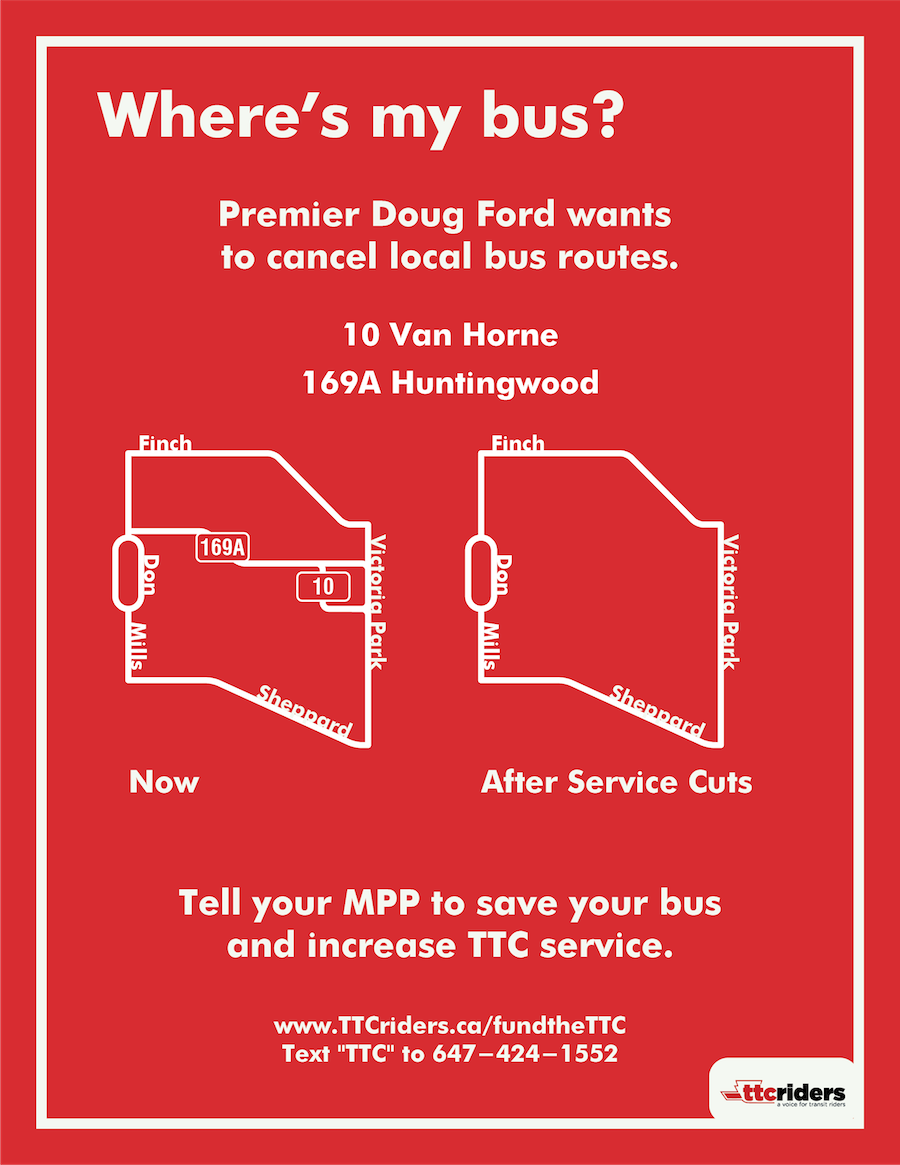 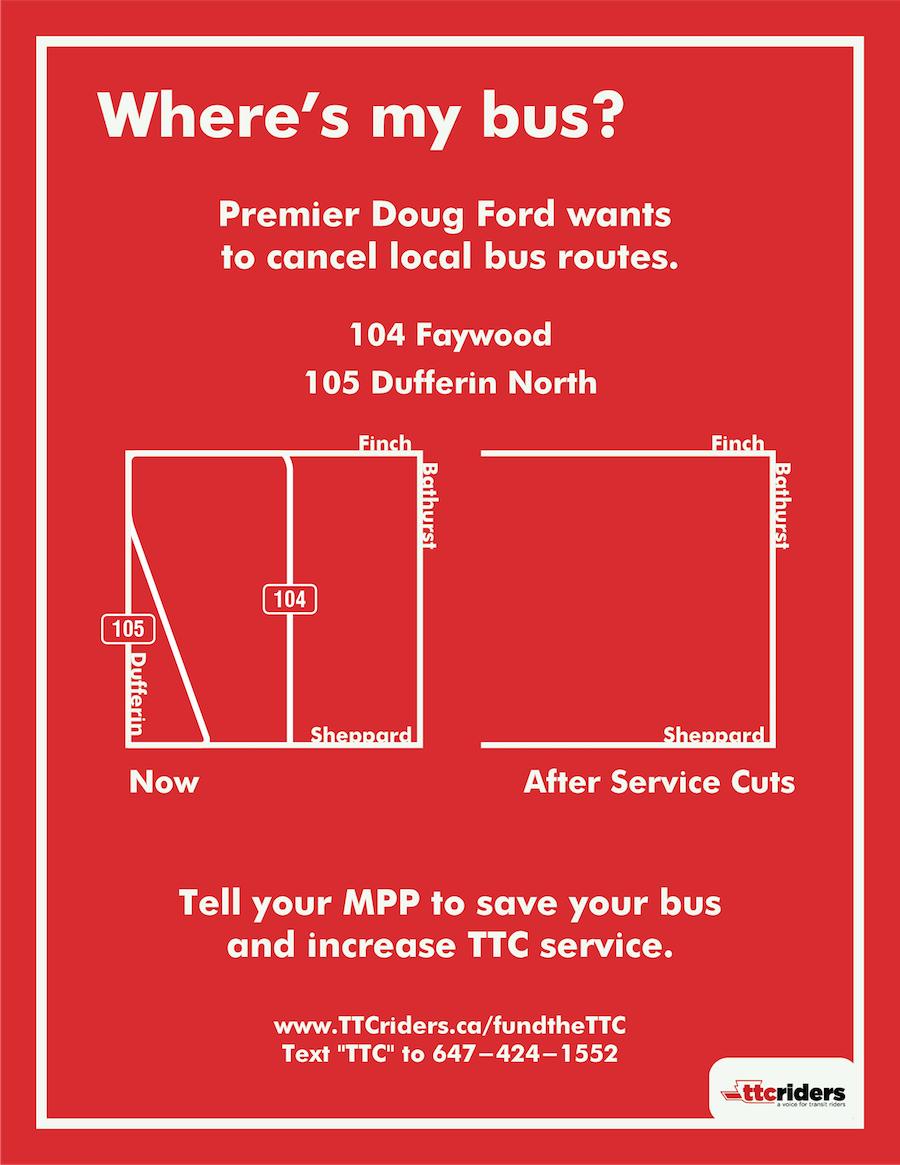 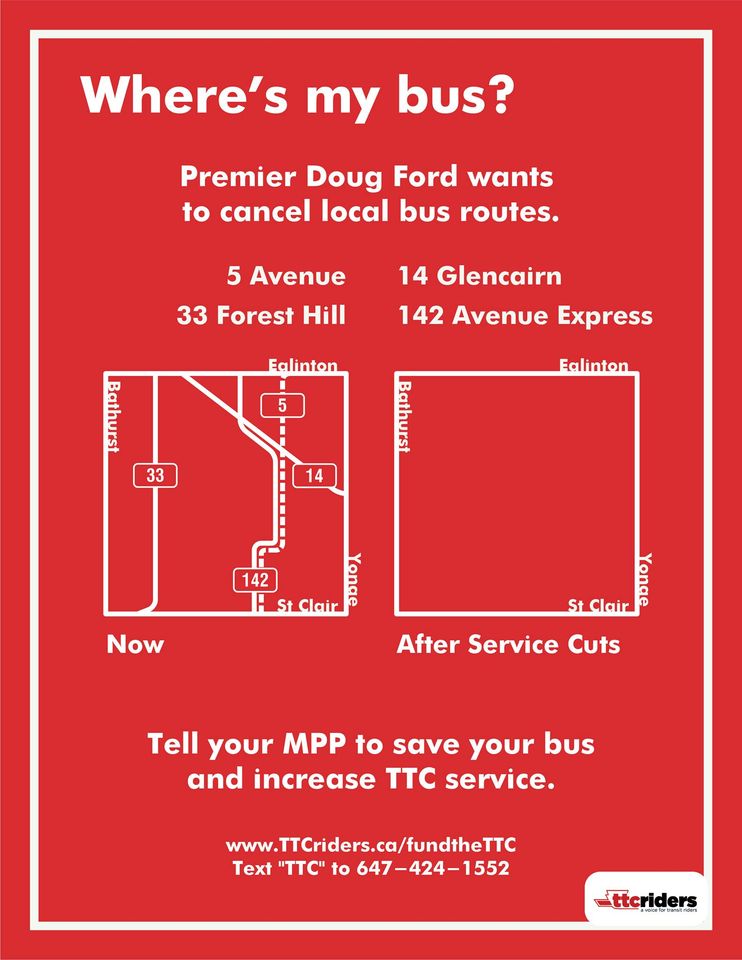 “Things are only going to get worse once schools reopen,” Pizey-Allen says.

The TTC responded to the coronavirus with historic service cuts. That was followed by the laying off of about 1,000 drivers in April.