As young activists we admired him, but many in the cannabis community had long heard whispers of the other stories about Marc Emery's predatory behaviour toward much younger women 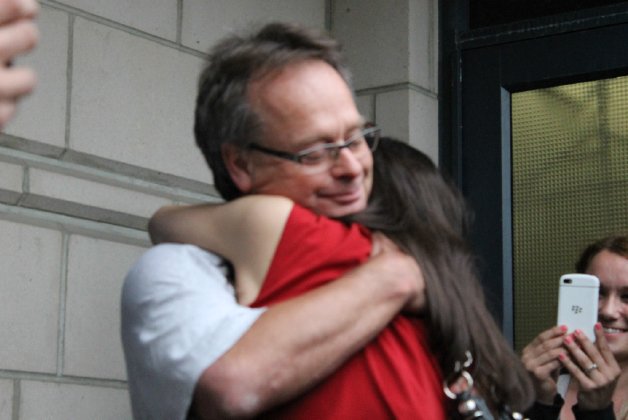 Cannabis Culture's Marc Emery is facing sexual misconduct allegations from a number of women, some of them formerly in his employ.

Growing up in Toronto, I always looked up to Cannabis Culture, the Vancouver-based cannabis brand made famous by Marc Emery.

As a budding drug policy activist I attended all the Freedom Festivals and pro-pot rallies featuring Emery to show my support for legalization. Back then, Emery was a hero to all of us.

Yet the more I got involved with the movement, the more I realized that not everyone who calls themselves a cannabis activist is a political ally. I remember attending a march as a volunteer once and being shocked as one speaker started ranting about Barack Obama being a Muslim and another speaker referenced the Protocols of the Elders of Zion during her spiel on prohibition.

But instead of turning me off cannabis activism, I used the experiences to motivate me to help professionalize the cannabis movement.

I joined the international drug policy network Youth RISE and eventually became outreach director for Canadian Students for Sensible Drug Policy, where I got to take part in discussions on progressive drug policy at the United Nations, thanks to the support of George Soros’ Open Society Foundations.

But despite the cannabis craziness I witnessed at some of those early marches, Emery continued to be lauded as a martyr for the cause, the “Prince of Pot” who would go on to serve four years in a US prison for the fight for legalization.

As young activists we admired him, but privately many in the cannabis community had long heard whispers of the other stories about Emery and his predatory behaviour toward much younger women.

In a fit of rage and grief after watching Surviving R. Kelly, the documentary about young women uniting to tell their stories of sexual assault against singer R. Kelly, Olsen, who identifies as they/them, shared on social media how Emery had Olsen sit on his lap and take a hit from a bong propped between his legs when Olsen showed up at Cannabis Culture in Vancouver to apply for a job in 2008. Olsen was 17 at the time.

Olsen shared Facebook messages of interactions with Emery – one of which included a reference to his “flaming balls” – and the stories of other women’s encounters with Emery. Olsen describes how Emery lorded over his young female employees, often boasting about his sexual prowess and telling graphic stories about having anal sex with much younger women. In one post shared by Olsen from Cannabis Culture’s discussion forums, Emery details how to anally rape a woman. He writes: “Don’t let her wails deter you. Every woman wails and howls and cries or some kind of psychic resistance but this will be conquered… once you continue thrusting. Her body is defeated.” Emery has responded to the allegations in a Facebook post. Olsen wrote the following story for Leafly.com, which was published Tuesday.

The stories were like many those of us close to Emery collected anonymously.

Years after attending those early rallies, another opportunity presented itself to me to be a co-host on Pot TV, the internet channel created by Emery in 2000.

I was reluctant at first. While Pot TV boasted tens of thousands of online viewers, it had a decidedly perv vibe, describing the podcast as a show featuring “buds, boobs, bongs and dicks.”

Seeing it as an opportunity to create change, I took it as a challenge to revamp the show to talk about drug policy seriously and highlight the work of women in the cannabis movement.

Regrettably, my efforts were met with disrespect from my producer. I got trolled hard online by anonymous stalkers. I eventually left Pot TV (along with two other hosts) when allegations against Emery first surfaced in 2016 to take a stand against sexual assault in the cannabis community.

It was during the sexual assault trials of Jian Ghomeshi in 2016, that Emery openly tweeted support for the former CBC Radio host.

That led numerous former Cannabis Culture employees to come out online about their experiences working for Emery both before and after his imprisonment. Around the same time, naked photos of employees of Vapor Central in Toronto, were reportedly discovered on the computer of a Pot TV producer.

A number of media outlets started investigating the allegations, but with none of the subjects willing to go on the record, the story collected dust.

It was shortly after that, around the time Project Claudia, Toronto police’s highly publicized crackdown on marijuana dispensaries, that Emery took his Cannabis Culture chain of stores national, opening dispensaries in Toronto, Ottawa and Montreal.

At a protest I helped organize at Toronto police headquarters in response to Project Claudia, Emery monopolized the spotlight. The media were all too happy to oblige.

Many in the mainstream media continued to see him as the main face of the cannabis industry – despite the fact that rumours about his behaviour were growing louder.

Now at the age of 60 and after losing numerous court cases, Emery can no longer associate with Cannabis Culture, which has been forced to close its dispensaries, including a majority of its operations in Vancouver by the end of the month.