Jodie Emery calls social media storm a "witch hunt," but for those in cannabis circles fighting for a more socially conscious and equitable industry, Prince of Pot's recent Facebook blast is another blow to a movement fighting for legitimacy 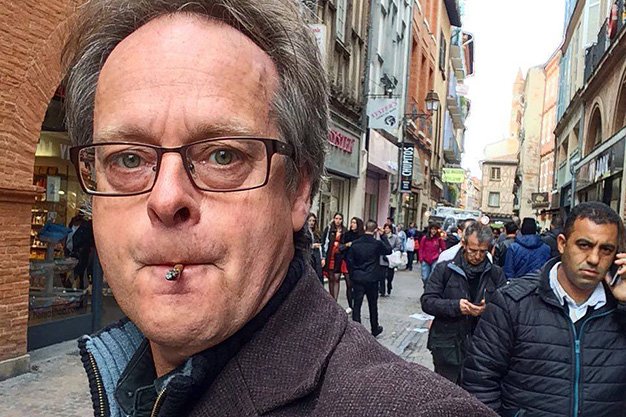 Marc Emery, the most recognizable face in Canada’s marijuana movement, has gone viral again – this time over a crack about trans people – and Jodie Emery, who’s been stickhandling the blowback on social media all weekend, has grown exasperated defending her husband’s record on LGBTQ issues.

“Let’s not kid ourselves. Everybody in the pot industry loves to shit on Marc Emery,” she says.

For Jodie Emery, the controversy amounts to a “witch hunt.”

For those in cannabis circles fighting for a more socially conscious and equitable industry, it’s another disheartening blow to a craft business fighting for legitimacy.

For the rest of us on the outside, it looks more like a pitched battle for the leadership of a cannabis movement exploding into the mainstream.

“[Emery’s comments are] a little obscene to me,” says Jen Green, who owns Weedibles bakery.

It was Green who shared a Vice News article about women’s-only spa Body Blitz denying entry to a trans woman that ignited the fire. Emery commented on his Facebook page, “If you’ve got a dick, you’re not a woman. Period.”

Green, whose daughter is trans, says she felt personally targeted by Emery’s comment.

When his initial post was heavily criticized, Emery doubled down.

In a since-deleted Facebook message, he wrote, “My advice is don’t go where you are not welcome – you’re looking for trouble and causing trouble. Start an all trans spa & club – I’ll donate to that.”

In a subsequent comment, he wrote, “Some people are so self-centred they don’t see what their bullying insistence on being regarded as female is doing to other women who may have worked all their life to compete, only to be routed by a vastly larger/masculine-framed newly minted ‘woman.’”

“Your understanding of what occurs in a male-to-female transition is woefully inaccurate and lacking,” wrote one commenter in response to Emery.

By Saturday, Emery had publicly apologized.

“Thinking about what I’ve written, I realize I was insensitive and kind of a jerk for making anyone who identifies as female feel bad.”

In a text message to this reporter on Monday, June 19, Emery highlighted his contributions to LGBTQ causes and his views on tolerance.

“I don’t have in my world view the assertion that a person is a man or woman because they think they are.”

That the Emerys have been leaders in cannabis activism in this country is not up for debate. Neither is the fact their activism – and Marc’s libertarian politics – have at times courted the kind of media attention that can leave you wondering.

“Marc Emery is the Donald Trump of cannabis,” offers Lisa Campbell, co-founder of the Green Market. “He thrives on being contrarian.”

To be sure, Marc Emery has characterized the war on drugs as more unjust than the homo- and transphobia faced by LGBTQ minorities.

“Nobody’s saying that you can’t be gay in Canada. Nobody. Is there any official edict? No,” Emery told NOW in January. “At least they’re not arrested and put in jail like we are for being who they are.”

At the time, the Emerys’ Cannabis Culture dispensary in the Gay Village was vandalized following criticism his customers outside the store were harassing queer passersby and that staff at the store were fostering an uncomfortable environment for LGBTQ clients.

Emery promised to provide diversity training for his staff. But the shop, along with five others in Cannabis Culture’s chain in Toronto and Hamilton, have since been forced to shut down after repeated police crackdowns, putting the future of their business in doubt, as the Emerys now face a string of charges, including trafficking and possession of the proceeds of crime.

Jodie Emery, who has been more in the forefront of the duo’s political efforts lately, and has shown herself willing to go to bat in her husband’s defense, says “actions speak louder than words, and our actions show that we have no intolerance or hatred for others.”

It’s also no secret that there are those who think the Emerys are poor spokespeople for the movement. “It’s seems very two-faced, that he lives in the Village, says he supports the Village, and then says those things,” says Green.

At the heart of the war of words seems to be the shifting nature of cannabis activism. To be successful in the long run (given that activists will need to continue to agitate even after legalization), the cannabis community will need to call out racism, homophobia, and sexism when it happens, just as any other political movement should.

Meanwhile, Body Blitz, the business that sparked the initial social media frenzy, has announced it will not change its policy. In a terse public comment, the spa states, “We support the LGBTQ community and recognize that this is a sensitive issue. However, because Body Blitz Spa is a single-sex facility with full nudity, we are not like other facilities.”