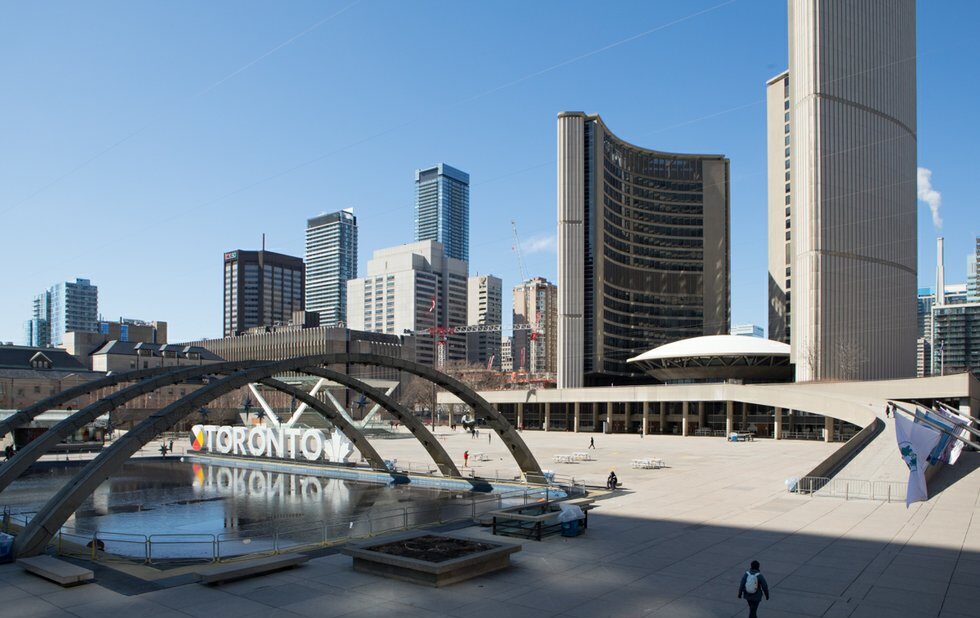 In the wake of the theatre chain’s shutdown due to COVID-19, Cineplex has announced a variety of measures meant to avoid job losses, including an 80 per cent pay cut to top executives, according to the Hollywood Reporter.

Part-time workers who are temporarily laid off are being offered a lump sum payment equal to two-and-a-half weeks pay if they don’t qualify for EI (most reportedly don’t), while full-time employees will take steep pay cuts to keep their jobs.

Toronto’s medical officer of health Eileen de Villa confirmed there are no 239 confirmed cases of COVID-19 in the city. Public health officials expect to see more cases, with and without travel, she added.

Earlier in the day, Ontario reported 78 new cases of COVID-19, bringing the provincial total to 503.

Following the advice of Toronto’s medical officer of health Eileen de Villa, Mayor John Tory has declared a state of emergency for Toronto.

Declaring a state of emergency gives the mayor power to make decisions or undertake bylaws without council votes.

“This declaration gives the strongest possible message that I can as the mayor to our residents to stay home and to please change their behaviour,” said Tory in an afternoon press update from his downtown condo, where he is self-isolating after travelling to London, England.

Tory also iterated that he supports Ford’s mandatory closure of all non-essential businesses by Tuesday, March 24 at 11:59 pm.

2:26 pm Ford confirms that schools will not reopen on April 6

Premier Doug Ford confirmed today that schools will not reopen on April 6 as originally scheduled and could not provide a potential timeline for a reopening date.

In an open letter to parents yesterday, the province’s education minister Stephen Lecce said the province will expand existing online learning tools to “ensure that students will be continue their coursework and credit accumulation, even when we aren’t able to be in a classroom setting.”

During the afternoon press briefing, Ford also announced the mandatory closing of non-essential workplaces and added there will be penalties for businesses that do not close prior to the March 24 deadline.

The province is ordering the mandatory closure of all non-essential workplaces effective Tuesday, March 24 at 11:59 pm for 14 days. Tomorrow, Premier Doug Ford will release a list of businesses that will be allowed to stay open.

“It means food will remain on the shelves. It means Ontarians will still have access to medications and essential products,” Ford said during his afternoon press conference. “The power will still say on and telecommunications will continue to run.

“If you can, please stay home. Only leave if necessary,” he said.

Ford added that he may extend the closures beyond the 14 day period depending on circumstances.

During his daily press briefing, Prime Minister Justin Trudeau announced $192 million in new funding for a coronavirus vaccine. Companies that will be receiving these funds include Vancouver-based biotech company AbCellera and the Quebec City-based plant-based vaccine producer Medicago.

Using his most forceful language so far during the COVID-19 outbreak, Trudeau warned that “enough is enough” and Canadians must stay home.

Trudeau added that if Canadians across the country do not comply with the advice to self-isolate – which means staying at least two meters away from other people, avoiding large groups and staying home as much as possible – then the government would have to consider other enforcement measures.

When asked about whether the federal government would provide any support for tenants and small businesses concerned about making rent, Trudeau said recalling parliament tomorrow will allow the money to go into “the pockets of Canadians,” referencing the $82 billion aid package announced last week.

However, the aid package does not explicitly set aside funding rent relief.

Public health officials in Ontario have reported 78 new cases of COVID-19, bringing the provincial total to 503. It’s the biggest single-day jump in cases since the outbreak began. Six people have died and eight of those cases have been resolved. Six of the new cases are listed as being in hospital.

There are 8,417 cases under investigation and 19,586 have tested negative.

10:01 am Conference Board of Canada adjusts economic outlook

The Conference Board of Canada has issued an “alternate Canadian outlook” for the economy in light of social distancing and travel bans in effect to deal with the coronavirus.

The Board predicts the measures in both Canada and the United States will continue until the end of August and cause “a much deeper and longer-lasting hit to Canadian economic activity.”

The Board says that Gross Domestic Product (GDP), which was originally forecast to grow by 0.3 per cent in 2020, will fall by 1.1 per cent.

According to the Board’s analysis, Canada may shed as many as 330,000 jobs as a result of the shutdowns implemented to contain COVID-19, boosting unemployment to 7.7 per cent.

The tourism, household services and resource sector will be hardest hit, with many companies, the Board says, suffering double-digit declines in productivity.

As a result of an expected recession in the United States, Canada’s largest trading partner, “Canada’s real exports of goods and services are forecast to decline by 2.1 per cent in 2020,” according to the Board.

The analysis also predicts that oil prices will remain low, and that federal government efforts to stave off household and business bankruptcies “will keep Canada’s financial institutions in relatively good shape.” But while the real estate market “will cool significantly,” new home construction is expected to “hold up through the downturn.”

9:33 am New study calls for immediate financial help for renters

Close to half of working renters in Canada don’t have enough savings to pay their bills for more than a month if they lose their jobs, according to an analysis by the Canadian Centre for Policy Alternatives (CCPA). One-third of renters have two weeks or less in saving, says CCPA.

“Hundreds of thousands of families could soon be forced to choose between buying groceries and paying the rent,” says Ricardo Tranjan, a political economist and senior researcher with the CCPA. “It’s good that the Government of Canada has announced plans to support lower-income Canadians, but many families can’t wait for support by April or May – they need it now.”

CCPA analyzed Statistics Canada data from 2016 to arrive at the findings. That data shows that some 3.4 million Canadian households are renters. Of this group, 46 per cent, or 1.6 million households, only have enough money saved to pay their bills for a month or less, the CCPA analysis shows. Twenty-four per cent, or 830,000 households, don’t have enough income to get through a single week without pay.

“When we say people are living paycheque to paycheque, it’s not just an expression, it’s reality,” Tranjan says.

CCPA’s analysis found that Canada’s four Atlantic provinces have the highest number of renters per capita with a month or less of savings. Ontario had 521,000 households “in the same boat.”

Tranjan called for “fast and bold action” to support renters. He says that while higher-income renters may just need a deferral of their rent, lower-income renters can’t afford to take on debt that they won’t be able to repay later.

Air Transat has temporarily laid off about “70 per cent” of its workforce. The airline said in a press release the layoff will impact 3,600 workers. Some layoffs are effective immediately, while others will take effect following advance notice of up to one month.

The jobs impacted include flight crew personnel. Executives who are not being laid off have accepted voluntary pay cuts, as have members of the company’s board of directors.

Air Transat has temporarily grounded its planes until April 30 in response to the COVID-19 pandemic but continues to send flights abroad to bring Canadians back home.

“None of our customers are stuck far from home, and we are in the process of bringing them back. We expect to have finished doing this by April 1, and we will then totally halt our flights,” CEO Jean-Marc Eustache said in a statement. “At the same time, in order to safeguard the company, we have unfortunately had to proceed with layoffs that affect a significant portion of our employees. We are doing this with great sadness and we hope that everyone will be able to return to work as quickly as possible.”