"The language of science knows no race, no gender, no religion," says American-Iranian astronaut Anousheh Ansari 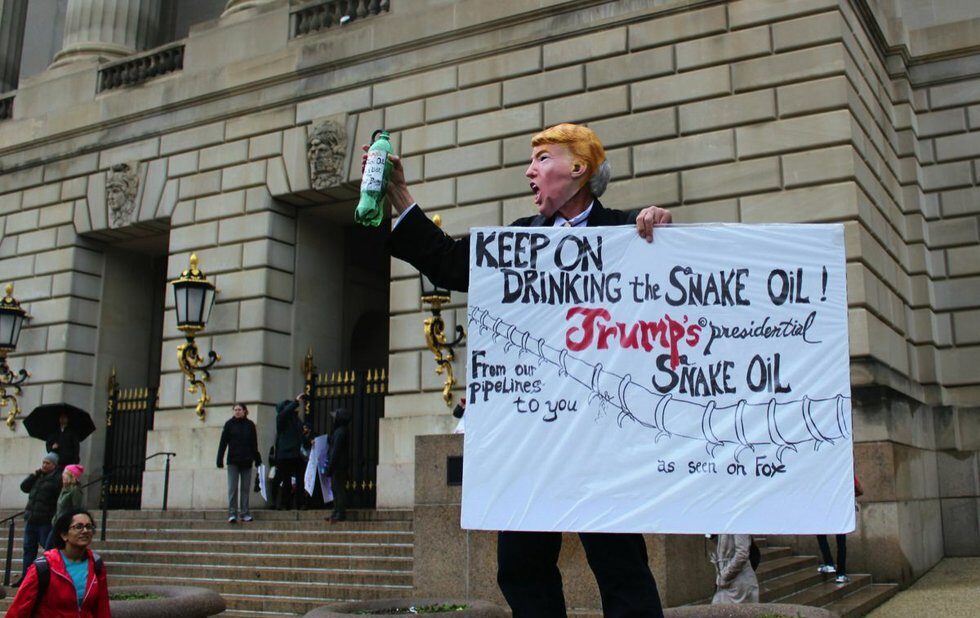 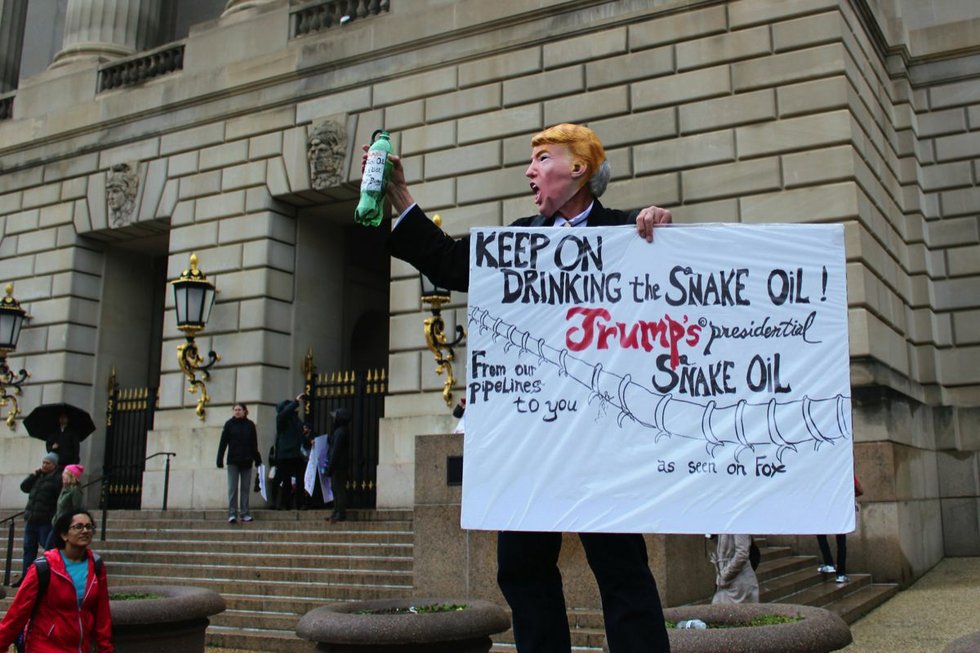 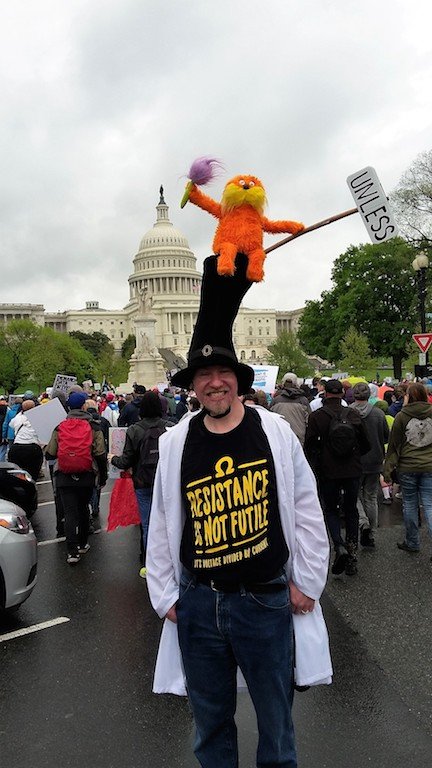 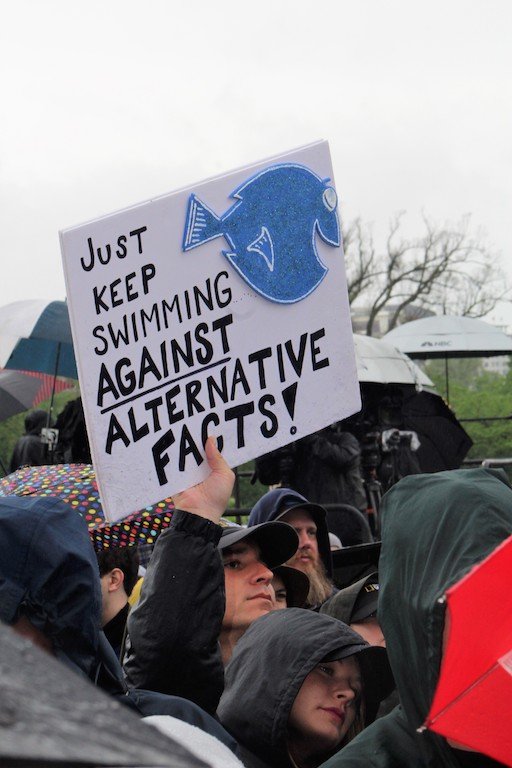 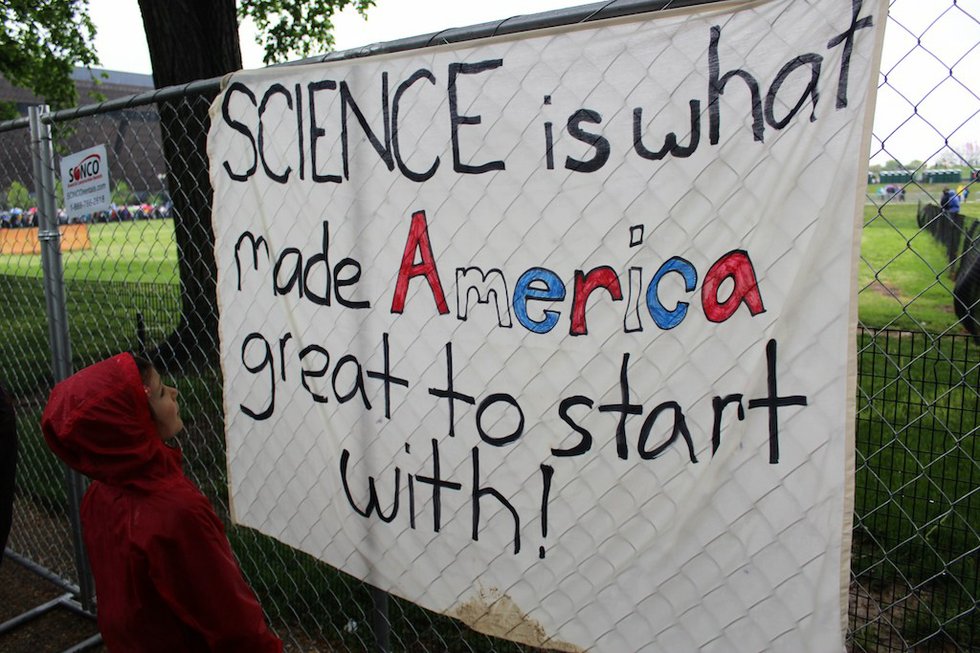 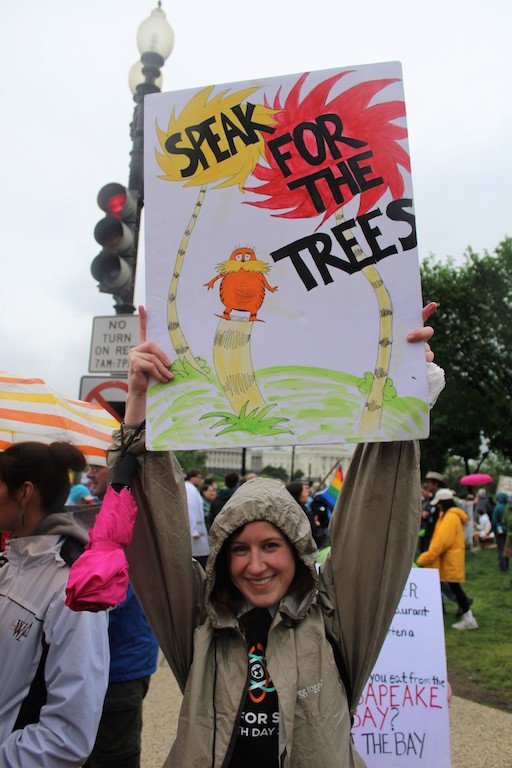 WASHINGTON, DC – On Saturday, April 22, hundreds of thousands of people in some 600 cities marked Earth Day by taking to the streets to let the Trump Administration know that science matters.

In Washington, DC, a crowd of scientists, environmentalists, teachers and journalists are taking part in the March for Science. They all have one thing in common: an appreciation of objective reality.

At teach-in tents adjacent to the mainstage near the Washington Monument, Alexis Valauri-Orton, program associate at the DC-based Ocean Foundation, is talking about her research on the devastating impact of ocean acidification on marine ecosystems. It’s one of a number of workshops held in the morning before the main march.

Valauri-Orton says it’s not just rising temps we have to worry about. Rising CO2 levels are changing the fundamental chemistry of the seas “in really scary ways,” including affecting the growth of shellfish, which form the basis of our food system, and the coral reefs they rely on for their food supply.

All water eventually flows to the oceans. By poisoning the atmosphere with greenhouse gases, and polluting inland waterways with plastics and chemicals, we are destroying the earth’s capacity to sustain life, Valauri-Orton says.

Skipping the last workshop of the morning, I weave through the crowd to a waist-high steel barricade in front of the mainstage, where musician and political activist Questlove of the Roots, one of the MCs of the pre-march event, is speaking.

“We are here to talk about what science is at its heart: the willingness to set aside outdated beliefs when new information appears,” he says. “That guy over there,” he adds, pointing to the White House in the distance and referring to Donald Trump, “seems to be forgetting that fact.”

Trump’s budget, released in March, will slash billions to science-based agencies like the Environmental Protection Agency (EPA), the National Institutes of Health (NIH), the National Oceanic and Atmospheric Administration (NOAA) and NASA.

The EPA will see the biggest reduction, losing almost a third of its budget ($5.7 billion), eliminating Obama’s Clean Power Plan. The NIH, which focuses primarily on disease research, is next in line, losing 18 per cent ($25.9 billion). NOAA’s budget was axed by $250 million, undercutting its ability to continue several coastal and ocean research studies. NASA is slated to lose $102 million from its earth sciences program.

American-Iranian astronaut and engineer Anousheh Ansari delivers the day’s most powerful speech, providing a cosmic perspective on the role of science not only in sustaining our future but in breaking down barriers, too. Growing up in Iran, Ansari says she would dream about becoming a science officer on the Starship Enterprise.

“The language of science knows no race, no gender, no religion,” she says.

“It doesn’t discriminate based on where you live or whether you’re poor or wealthy: the apple falls from the tree under the same laws and accelerates the same way whether it’s in the U.S. or Iran. That is why I love science.”

After observing the Earth from the International Space Station, Ansari says she came to see our home planet in a new light, “to truly see and believe that there are no borders and that we have one home – a very fragile home.”

Nye says lawmakers must understand that science is universal and serves everybody.

“Today we have a great many lawmakers – not just here but around the world – deliberately ignoring and actively suppressing science,” says Nye. “Their inclination is misguided and in no one’s best interest. Our lives are in every way improved by having clean water, reliable electricity and access to electronic global information.

“Science brings out the best in us,” he continues. “With an informed, optimistic view of the future, together we can – dare I say it – save the world.”

By the time the rubber hits the road and the 40,000-strong crowd packed elbow to elbow begins moving down Constitution Avenue toward Capitol Hill, rain has drenched us to the bone, but the chanting continues amidst an abundance of witty signs: Stop destroying the earth! It’s where I get my tacos Grab ’em by the hypotheses It’s time for the pitchforks and torches The oceans are rising, and so are we.

The march wraps up at the Capitol Building, where 1,000 or so demonstrators take over the street, beating drums, singing and dancing after the main crowd had dispersed. The party is short-lived, however, thanks to a dozen or so cops driving around in circles to push the marchers onto the sidewalk.

Limping back to the hostel on blistered feet, I think about how we as Canadians can relate to the current social climate in the U.S. after surviving 10 years of the Harper regime’s attack on science. We are no strangers to the sickness of spirit that comes with a government opposed to facts.

Although, the federal Conservatives were ousted from office in 2015, Prime Minister Justin Trudeau continues to disregard the compelling argument for immediate, significant action on climate change in favour of appeasing the fossil fuel industry and voters in western Canada.

As infuriating as Trudeau’s contradictions have been, when the president of the United States calls climate change a hoax concocted by the Chinese and refuses to accept the scientific community’s evidence that human activity is creating the climate crisis, a dangerous message is sent to other world leaders.