NOW MagazineNewsFeds hint at amnesty on marijuana charges, but not until after legalization

Feds hint at amnesty on marijuana charges, but not until after legalization

Meanwhile, a campaign launched to address the racial bias in Canada’s prosecution of marijuana laws is pushing a bigger plan – to help racialized people succeed in the fast growing legal weed business 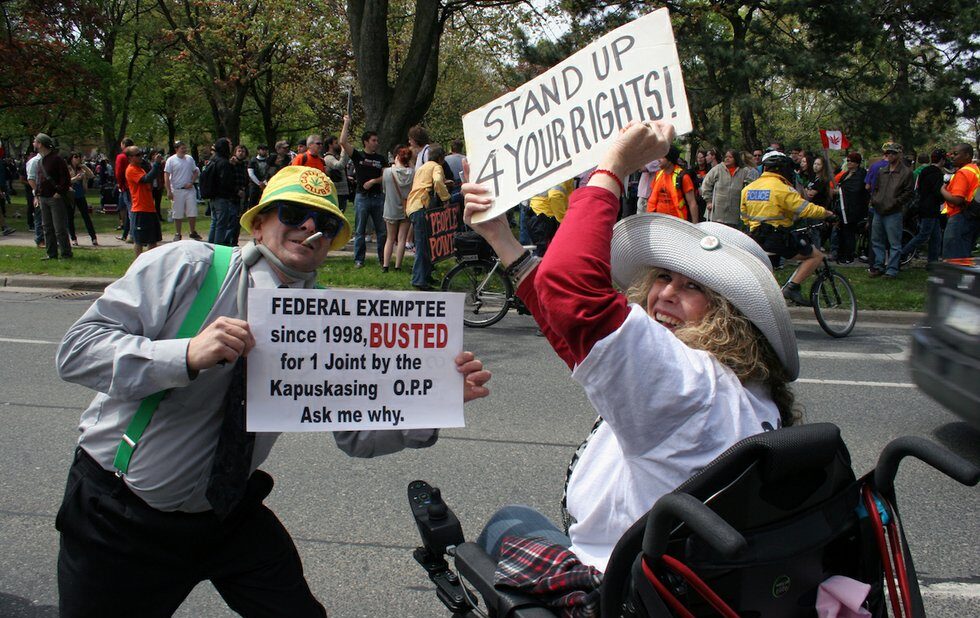 There’s an uncomfortable truth to reckon with when it comes to cannabis legalization in Canada – for people of colour the damage of prohibition has already been done.

In Toronto, for example, Black men are three times more likely to be charged with simple possession of marijuana than white men. What’s needed now, say lawyers and academics who’ve recently launched the Campaign for Cannabis Amnesty, is an amendment to Bill C-45 that will grant pardons to those who have been arrested for simple possession.

“The criminalization of cannabis has done an enormous amount of harm, and the government is not attempting to rectify that harm,” says Annamaria Enenajor, a lawyer with the firm Ruby, Shiller & Enenajor in Toronto.

Enenajor says there are approximately 600,000 Canadians who have a conviction for simple cannabis possession.

But the campaign is not just about pushing for policy to address racial bias in Canada’s prosecution of marijuana laws. Enenajor says the ultimate goal is to help racialized people succeed in the burgeoning legal weed industry that they are currently prohibited from participating in because of their weed records.

“It’s really disheartening to see how people who have had their lives torn apart [are] completely left out of the conversation,” says Enenajor.

And cops are still arresting people for possession at wildly uneven rates. A recent VICE News investigation found that Indigenous people in Regina were nine times more likely to be arrested on possession charges than white people. Similar statistics exist across the country.

“We need to recognize that Canada has been conducting its own war on drugs for several decades,” says Akwasi Owusu-Bempah, a U of T sociology professor who is involved with the campaign.

Recently, the Grits’ pot czar, Scarborough MP Bill Blair, hinted that the government might be open to the idea of an amnesty, acknowledging that the legal consequences for those charged were “out of proportion with the offence that we were trying to control.”

In January, Prime Minister Justin Trudeau said that he would “reflect on the fairness” of convictions already on the books. The plan, however, has been to do so after pot is legalized. There are no plans to do that via Bill C-45. A spokesperson for Justice Canada tells NOW that the government “will examine how to make things fairer for Canadians who have been previously convicted for minor possession offences… once Bill C-45 is enacted.”

But Enenajor says there’s no reason that can’t happen sooner. To that end, she says the campaign is trying to get a Senator to sponsor an amendment to the bill.

“Possession of marijuana shouldn’t involve a life sentence,” she says.

The Liberals specifically chose not to include amnesty in Bill C-45, despite explicit language outlining amnesty as a goal when the Liberal Party first adopted cannabis legalization as a policy at its 2012 convention in Ottawa.

The resolution moved by the party’s youth wing reads, in part, “that a new Liberal government will extend amnesty to all Canadians previously convicted of simple and minimal marijuana possession, and ensure the elimination of all criminal records related thereto.”

Currently, Canadians can get crimes expunged from their records, but the process involves plenty of paperwork, wait times and a hefty $631 application fee.

Cannabis possession is a small part of a larger problem: the restrictions, both formal and informal on people who have done the crime and also the time. Other jurisdictions have gone further in their attempts to rectify this problem. In Oakland, California, where cannabis was recently legalized, half of the permits to operate medical marijuana facilities are set aside for people with prior convictions for pot possession or people who live in a neighbourhood that had been targeted by police for drug enforcement.

No such programs exist or have been proposed in Canada, and strict regulations on the medical industry have meant that most people with possession convictions won’t be able to work in the industry.

The regs don’t only amplify racial prejudices of prohibition.

Ottawa-based lawyer Trina Fraser says those regulations keep many women, who have been leaders in the cannabis grey market, out of the notoriously male-dominated legal market.