Are marijuana stocks about to go up in smoke?

Canada’s weed stocks seem like a sure bet, but some investors are beginning to warn of a hazy market that shows signs of entering “deep bubble territory.” 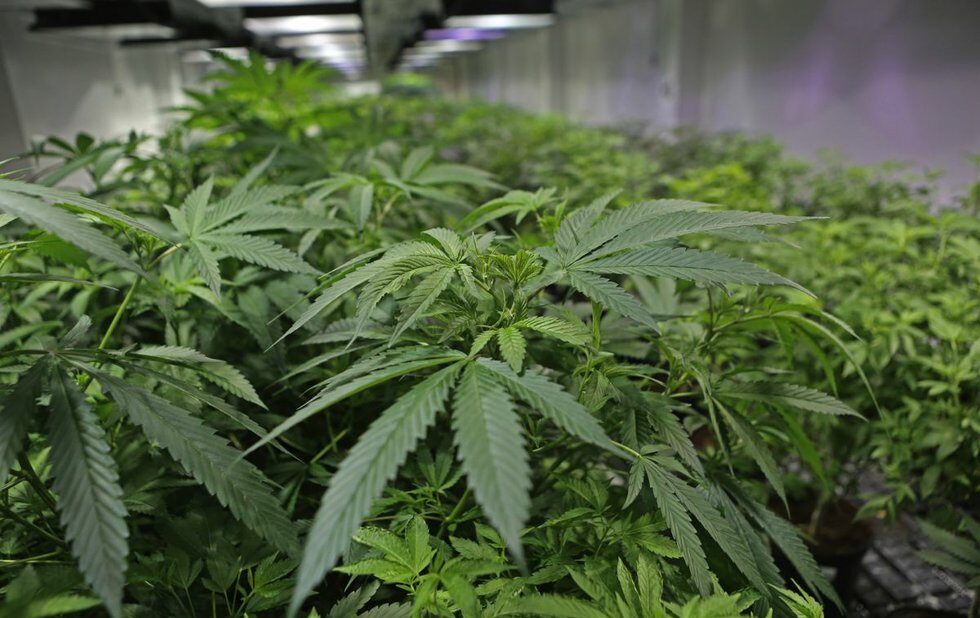 Pot prices have shown steady decline since legalization in Colorado and Washington.

There is no shortage of enthusiasm for marijuana in the stock market, at least among people who are invested in it. The trope of the everyman investor striking gold in weed stocks is becoming commonplace.

The idea of making cash for grass is now leaving behind its associations with the illicit market and putting on a suit and tie. The past year has seen an explosion in the value of some of Canada’s biggest cannabis companies.

Take, for instance, Canopy Growth, the country’s largest licensed producer (LP). In September, its stock was trading at around $10 a share. By the middle of January, that shot up to more than $40 a share. The company’s market cap, the value of all its shares, is now over $5 billion.

Much of that growth is the result of massive interest from smaller, independent investors. But how sustainable is it?

In contrast to the widely held belief that the market is taking off ahead of legal sales, investors are quietly beginning to warn of a market that is showing signs of entering what one analyst calls “deep bubble territory.” Beyond 2019, there is so much that, at the moment, we can’t predict.

“It’s definitely kind of a risky investment vehicle at this point,” says Scott Willis, who heads investment research at Grizzle. The financial research and forecasting company recently published the report Up In Smoke: The Overvalued Haze Of Marijuana Stocks. The report suggests that the overvaluation of marijuana “is as bad as some of the biggest asset bubbles in history.”

What it comes down to, Willis says, is the potential for oversupply, which could wreak havoc on prices. Legalization, he says, will lead to lower prices, perhaps as low as half the current $8 to $9 per gram producers are estimating. On top of that, legal producers are going to have to compete with the established black market for customers, as well as individuals who can legally grow their own at home.

“There’s going to be a lot of supply coming on. We’re just worried from a price perspective that there will be more in Canada than we need.”

There’s some precedent for this: in both Washington and Colorado, prices showed steady declines within two to four months of legalization as companies flooded the market with product.

Other investors are more bullish, but most agree that uncertainty will continue until the market starts to show some returns.

“[Producers] just have to walk the walk after legislation and show us that not only are they making a shitload of money,” says Thomas Williamson, a private investor, “but that they’re increasing that amount of money every quarter.”

Williamson says he is willing to accept that the market will be unstable for a while, and is realistic about the prospect that the value of Canadian cannabis companies could change drastically as legalization comes into force.

The question on the minds of most is how many companies can the market sustain, and how much weed do Canadians want to smoke.

Currently, there are more than 80 LPs in Canada looking for a slice of the market, with companies investing heavily in increasing production capacity. High-end estimates of demand in Canada suggest that the country will need one million kilograms per year. Willis’s calculations suggest that the top 15 producers have already planned production of almost twice that, around 1.8 million kilograms.

“It’s looking pretty concerning, because these guys are raising money like crazy. It seems like all this capacity, it’s coming no matter what,” says Willis. “It’s kind of too late now. With the number of companies operating now, we’re going to get to the oversupply scenario [quickly].”

As producers are still investing in expansion, and because cannabis takes time to grow, it’s unlikely that we’ll be oversupplied in the first year or so of legalization. But beyond that, it’s a good bet that the amount of cannabis overgrowing the market and resulting squeeze on prices will spell trouble for companies that have higher production costs.

“Price compression will happen. It happened in Washington and Colorado,” says one investor, who spoke to NOW on condition of anonymity. This source has been working in commercial lending and finance for more than 30 years and, along with a few other investors, helps run The Cannalysts, a forum that has become a meeting place for those investing in the cannabis market. “If you are not getting your all-in costs well under $2 per gram, you’ll likely not last 14 months.”

This investor predicts that “four or five” of the largest LPs will corner 80 per cent of the market, leaving the rest to fight for the remaining 20 per cent. “That’s a lot of LPs relegated to a small share of market. They will either merge, be bought out or fail.”

The head of at least one of those smaller LPs isn’t too worried.

Niel Marotta, the CEO of Indiva, a London, Ontario-based producer, has a more measured take on the volatility of the current market.

On one hand, he says, the types of valuations that some companies are seeing relative to their actual sales numbers are unsustainable. “These stocks definitely got ahead of themselves. That said, the returns are good.”

Marotta says Indiva and companies like it will only succeed by creating products that go beyond dried flower, oils and simple edibles rather than trying to compete directly with larger LPs.

The reality, counters Willis, is that volatility will continue as investors continue to eye the market, in some cases, as a get-rich-quick scheme.

“These [stocks] could surge past all-time highs, or this whole market could crash,” adds Williamson.