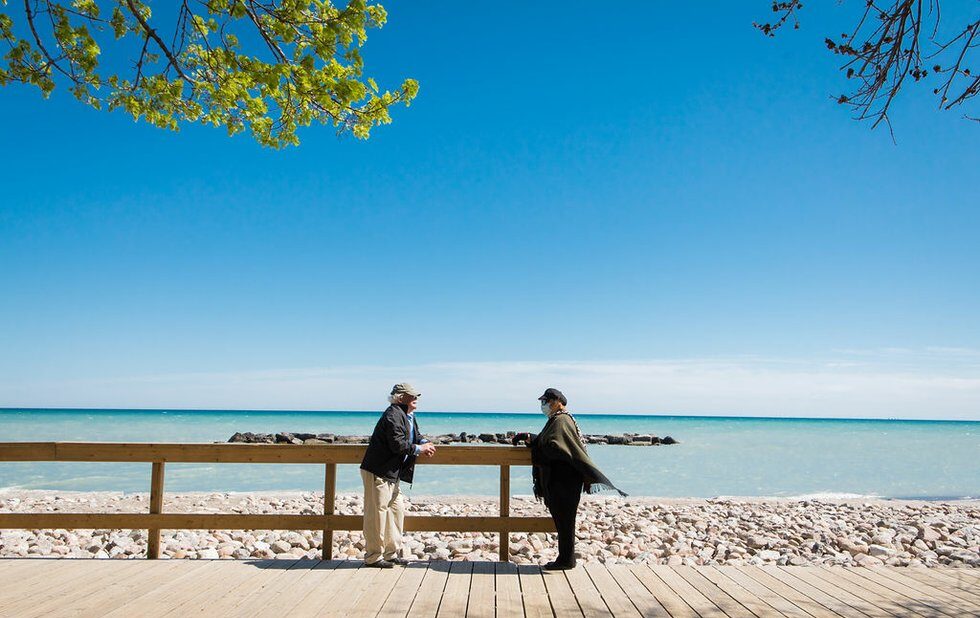 Another city official has pleaded with Torontonians to keep up physical distancing after photos of people gathering in Trinity Bellwoods Park circulated on social media Saturday.

Toronto’s medical officer of health Eileen de Villa warned that “selfish and dangerous behaviour” could set the city back in efforts to curb spread of COVID-19.

“I understand that the photos of people in Trinity Bellwoods were disappointing today,” she tweeted. “It was a beautiful day & we all want to enjoy our city together, but this could be selfish & dangerous behaviour that could set us back.”

Toronto reported 228 new cases of COVID-19 on Saturday – more than half of the 412 new cases reported by Ontario public health officials. A day earlier, de Villa said the gradual increase in new cases in the city was possibly due to people gathering on Mother’s Day.

Rumours of GarfieldEATS’ demise were greatly exaggerated. Toronto’s premier (and only) quick-service restaurant dedicated entirely to Garfield is back after briefly closing due to a landlord dispute Friday morning.

Owner Nathen Mazri, who figures as prominently in the restaurant’s branding as Garfield himself does, announced the closure in a press release sent to media entitled “a Canadian landlord destroys young entrepreneurship.”

After receiving calls from media as well as the restaurant’s supporters, Mazri said on Instagram, their landlord finally agreed to work with them.

The restaurant is now back open and serving Garfield-shaped pizzas with orange sauce, “Garficcino” beverages, and straight-from-the-uncanny-valley Garfield face masks.

5:13 pm Board of Health chair reacts to crowds at Trinity Bellwoods Park

Photos and videos of crowds hanging out at Trinity Bellwoods Park circulated on social media on Saturday afternoon, causing the park to trend on Twitter and prompting a stern response from Toronto Board of Health chair Joe Cressy.

“Toronto, this will not end well if we don’t all do our part and respect physical distancing,” Cressy tweeted, alongside a video of the scene on Saturday. “Going outside is good for physical and mental health, but at a distance. We’re by no means out of the woods yet. Anything but. Please, we are all in this together.”

Both Toronto and Ontario have seen new COVID-19 cases steadily increase over the past four days. The province began easing lockdown measures on May 19, allowing some retailers to reopen. The city also began reopening park amenities such as skate parks and tennis courts this weekend.

Toronto Public Health (TPH) has reported 228 new COVID-19 infections, bringing the city’s total cases to 9,835. That number is more than half of the the 412  new cases Ontario has reported since yesterday.

On Friday, Toronto’s medical officer of health Eileen de Villa says TPH officials suspect the steady increase in new cases over the past four days is due to people gathering on Mother’s Day and for other events.

There are now 391 patients in hospital in the city, with 94 in intensive care. In total, 7,202 people have recovered from COVID-19, an increase of 204 cases since yesterday. Another 18 people have died. In all, 750 people have died in the city since the outbreak began.

2:52 pm Police crack down on street racers in Mississauga

Police Mississauga cracked down on street racers and gatherings in parking lots on Friday night.

The action was happening around the Heartland shopping area in Mississauga.

“Gathering in groups is not okay, meeting to go out racing is not safe for anyone,” police said in a tweet on Saturday night.

Canada’s largest airline will fly to less than half of last year’s destinations this summer. After announcing mandatory temperature checks for passengers and other safety measures, Air Canada has unveiled its summer schedule of 100 domestic, U.S. and international destinations.

Aircraft are currently flying to New York-LaGuardia, Washington-Dulles, Los Angeles, San Francisco, Boston, and Chicago. The company is considering expanding U.S. air service on June 22 if demand increases and if it can obtain regulatory changes.

The number of new COVID-19 cases in the province have increased above 400 for the fourth straight day. Public health officials reported 412 new cases since the previous day, bringing Ontario’s total cases to 25,040.

The gradual increase in cases as comes as Ontario begins stage one of reopening, which saw retail stores reopen. Yesterday, Toronto’s medical officer of health said city health officials believe this week’s continuous increases in new cases are due to gatherings on Mother’s Day.

Premier Doug Ford’s government is under pressure to increase testing capacity, which again fell short of his stated target of 16,000 tests per day. Since yesterday, 11,028 tests were completed in Ontario and another 5,871 cases are under investigation.

Ford said this week he would roll back the reopening plans if Ontario’s metrics did not improve. He also plans to expand testing criteria to asymptomatic people, but has not announced details of that plan yet.

Another 27 people have died from COVID-19, bringing the provincial death toll to 2,048. Of those deaths, 1,282 were residents of long-term care homes.

The number of resolved cases continues to hold steady just over the 76 per cent mark, with 19,146 people now classified as recovered.