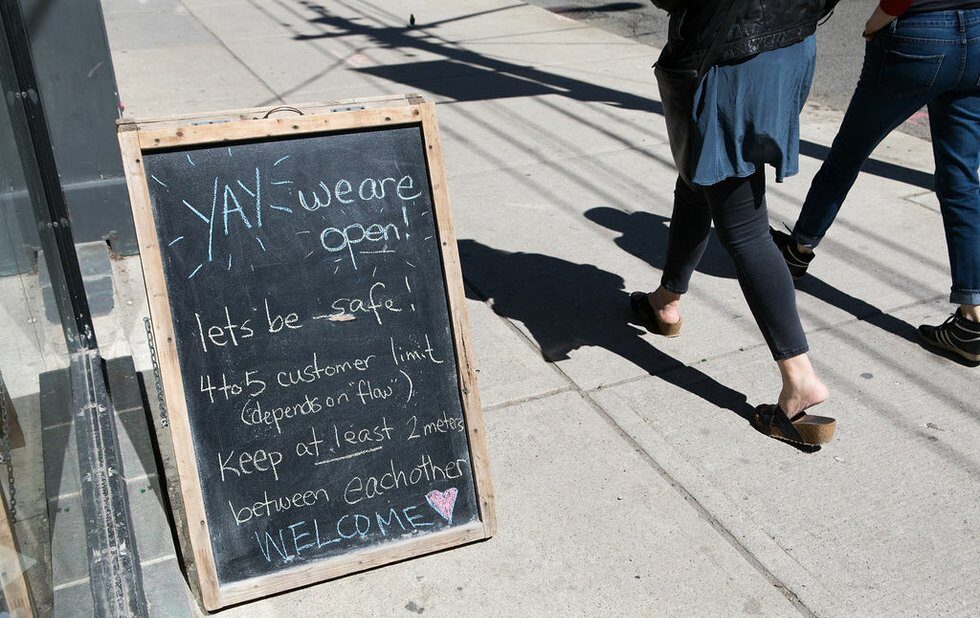 Toronto Public Health has reported 161 new cases of COVID-19, bringing the city’s total of cases to 10,373. Another 118 people have recovered. The total number of recovered of resolved cases is now 7,627. Another seven people have died since yesterday’s report. In all, 758 people have died from COVID-19 in Toronto.

The second phase also includes the construction of 470 to 495 ownership units.

The housing will be on six proposed city-owned sites within mixed-income, mixed-use neighbourhoods near to public transit: 158 Borough, 2444 Eglinton East, 1627 and 1675 Danforth, 1631 Queen East, 405 Sherbourne and 150 Queens Wharf.

The city’s goal is to build 40,000 affordable rental homes, including 18,000 supportive homes over the next 10 years. Tory wants to accelerate the plan in light of the COVID-19 crisis, as providing housing for people experiencing homelessness and physical distancing makes the need more urgent.

City council approved the plan last year. It will cost $23.4 billion, with the city picking up $8.5 billion. Tory is looking for the province and the federal government to contribute nearly $15 billion.

Premier Doug Ford has promised a full investigation into “heart-breaking” and “horrific” reports of neglect in Ontario’s long-term care homes.

“Reading those reports is the hardest thing I’ve done as premier,” Ford said at today’s Queen’s Park press conference. “But what I am feeling – what we all our feeling – is little in comparison to the hardship that these residents and their families have had to endure.”

The premier said the reports, which were made by Canadian Armed Forces members called into support five care homes during the COVID-19 crisis, will be made public.

Details listed by reporters during today’s news conference include patients with bed sores, force feeding causing choking, cockroaches, staff not wearing appropriate PPE, patients left in soiled diapers or on the floor after falling out of bed, and patients not being cleaned.

Ontario is asking the army to extend their mission in the homes for another 30 days. A full investigation is being launched, including one by the province’s chief coroner. Results will be shared with police if criminal charges need to be laid, Ford added.

One death has been referred to coroner for investigation and the Ministry of Long-Term Care inspections branch will immediately investigate specific critical incidents referred to in the reports.

Ford has previously announced an independent commission into what he has repeatedly referred to as the “broken” long-term care system, but now says he is not ruling out a public inquiry.

“Everything’s on the table,” Ford replied when asked if he would launch an inquiry. “I’m not ruling out anything after reading this. My immediate reaction is to make sure we stabilize these homes and any other homes.”

Out of 626 long-term care homes in Ontario, 150 are experiencing COVID-19 outbreaks.

Trudeau said he’s spoken with Ontario Premier Doug Ford, who will share the report at his 1:30 pm press conference at Queen’s Park.

The prime minister said that he was “shocked,” “sad,” “disappointed” and “angry” after reading the report, which he shared with Ford on the weekend.

“There are things in there that are extremely troubling and we need to take action,” Trudeau said. “I spoke with the premier this morning to assure him that of course the federal government would be there to support them as them as they deal with this situation. We need to do a better job of taking care of our elders in long-term care facilities.”

Porter Airlines is extending the suspension of flights until July 29, a month later than previously scheduled.

In a statement, the airline said uncertainty created by government travel restrictions “is impacting our ability to operate flights. We are closely watching developments and know that Porter will be an important part of providing people with travel options as the economy recovers.”

The airline plans to introduce enhanced health and safety measures when service resumes. Detail will be announced at a later date. Porter is also waiving change and cancellation fees on fares booked between today and July 29.

11:35 am Ottawa signs contract with GM to produce 10 million masks

“For the autoworkers in Oshawa, this contract will support good, well-paying jobs in an industry that’s faced tough times,” the prime minister said.

Trudeau said Ottawa has signed a contract to produce 10,000 ventilators that will be made through a partnership with manufacturer Vexos and Canadian astrophysicist Art McDonald.

The number of tests is still well below the province’s target of 16,000 per day. There were 9,875 tests completed since yesterday. Another 6,961 cases are under investigation.

“To assist residents with physical distancing, the City is exploring the use of circles painted on the grass, as has been successful in other jurisdictions,” the city said in a news release on Monday. “This will be piloted in Trinity Bellwoods Park, and staff will evaluate the effectiveness of this measure and may expand it to other destinations and high-traffic parks.”

At a press conference on Monday, Mayor John Tory also confirmed the city is considering painting large white circles on grass similar to the ones seen in San Francisco’s Dolores Park and Brooklyn’s Domino Park.

Tory said city staff are preparing a report on a number of considerations, including enforcement, to ensure people are physical distancing in public spaces such as parks. He’s asked for the report to be completed before the weekend so any recommendations can be implemented immediately. Read more here.