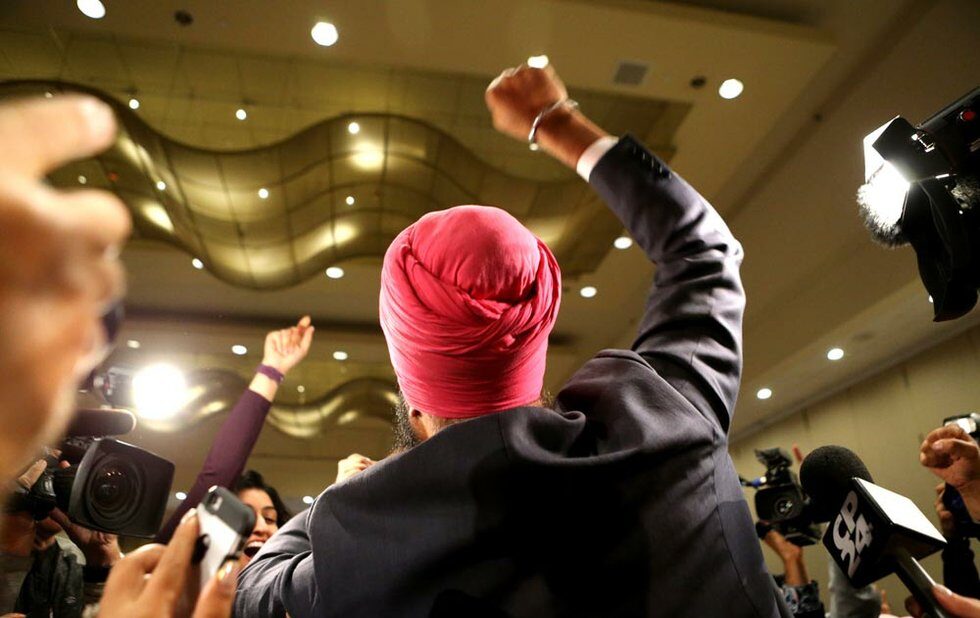 Those of us from racialized communities have been bracing ourselves for the train wreck. It’s been five short months since Jagmeet Singh was elected the first person of colour and visibly religious leader of a federal Canadian political party. Last week, we saw Canadian news media’s inability to engage with Singh on complex political and human rights issues, go from bad to worse.

In case you missed it, Singh has been pressured to justify his attendance at memorial events for the victims of the Indian government’s attack on the holiest Sikh temple and the genocide that followed in the 1980s. He is not being asked about anything he said at these events, or even about the pain of the Sikh community with respect to this issue.

Instead, what’s being reported on is that Singh appeared at these events at the same time as “extremists” who have expressed support for armed struggle as a form of resistance. This is a tricky issue, and members of the media who operate in a country founded on a history that includes genocide against Indigenous peoples and armed conflict against Mohawk resistance during the Oka crisis, should know that.

Is the frenzy motivated by Singh’s identity rather than any legitimate concern about his foreign policy positions or any potential actions he might take in future? The implication behind the media demands that Singh state unequivocally that he opposes Sikh extremism seems clear: Singh, who is brown and wears a turban, is being asked to prove to the Canadian public that he is not an offensive stereotype.

I’ve never accepted the myth that Canada is a multicultural utopia. But surely even those who buy into that version of Canada can understand how offensive this is.

For Singh, there is no prototype for what may come next. The stakes are bound to get higher – and the attacks worse – when the 2019 federal election news cycle begins.

The implications of the blueprint being created by media could be severe. It could lead to a vetting process in which the mere attendance at a memorial is too risky for a racialized candidate. Or it could discourage people of colour from getting involved in politics at all.

I sincerely hope the media decides to create a different blueprint in time for the federal election. On that count I have some words of advice.

For Singh: Hang in there. I know what it’s like to be attacked by our not so diverse media for issues they don’t understand. If I were you, I wouldn’t justify each attack with a response. Some inquiries deserve to be met with a refusal to engage.

For the New Democratic Party: Get ready. The 2019 election could be a racial quagmire. The media is not ready to contend with Singh’s identity with integrity, so it will be up to you to develop a plan to meet the vitriol. Where he refuses to respond to offensive rhetoric, it will be up to you to step in and say why he shouldn’t have to.

To the media: Do better. Hire more talented racialized producers, researchers and writers. Racialized people shouldn’t only be considered for on-camera positions so you can convince the public that you are diverse. I guarantee your content and viewership will improve.

Sandy Hudson is an anti-racist activist, academic and founder of Black Lives Matter–Toronto.