Steroids are one thing. A man who's already paid his debt to society is another. 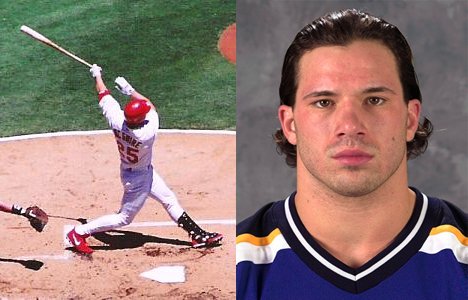 Mark Maguire is in fantasy land. Does he really think that admitting to steroid use should give him a free ticket into Baseball Hall Of Fame? I’ve been trying to grasp his logic but it’s eluding me. Before I was silent, he’s seems to be saying. Now I’m admitting I’m not only a cheater, I’m a liar, too.

How does he expect to get elected to the hall when all-time hits leader Pete Rose still can’t get in? Rose has admitted to betting on sports, though never on games he played – or baseball for that matter – and, ever since, has been persona non grata in the hallowed hall. This decision stands, even though Rose’s so-called offence played no role in his quest to set the record for hits.

Now along comes Maguire saying he deserves a shot at legend status when his being juiced up was plainly was a factor in bloating his home run numbers.

Controversy Canadian-style looks much different. Here, we don’t have cheaters whining for mercy and a second chance at getting into the hall. We get an ex-con and pro athlete wanting a chance to play university hockey. Mike Danton’s enrolled in sociology courses at St. Mary’s in Halifax and would, let’s face it, easily make the college hockey team.

Some people think he shouldn’t. Mount Allison University athletic director Jack Drover says, university sports rosters should reflect the makeup of the university. Others are concerned that a younger player will be bumped from the team and those younger players on other teams would be outmatched by the ex-NHLer.

Puh-lease. First of all, it can never hurt an athlete to play with or against someone who raises the bar as far as skills are concerned. As for that one student who won’t make the team if Danton does, I feel for him.

But I feel way more for Danton. This is plainly a traumatized man – convicted for trying to set up the murder of creepy hockey agent and coach David Frost – who’s done his jail time and deserves a chance to get his life back.

Good luck to him. As for Maguire, I have no problem with his new job as hitting coach with the St. Louis Cardinals. But the Hall? Hell, no. [rssbreak]