How to fight fascism and Donald Trump with design and technology

I often wake up thinking, How did I get here? My career, my relationships, my body feeling sore and tired.. 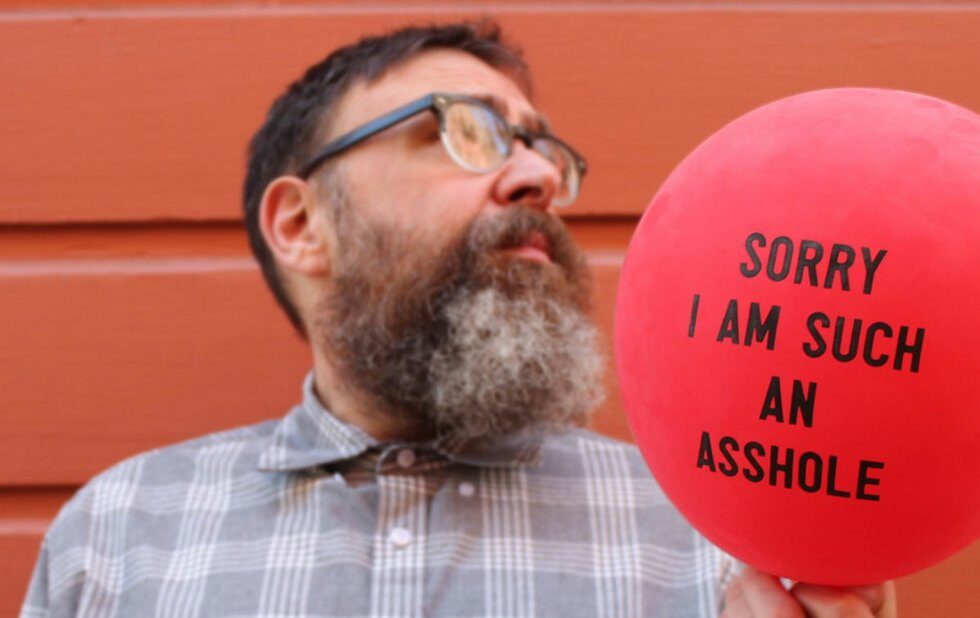 I often wake up thinking, How did I get here? My career, my relationships, my body feeling sore and tired. I think about the U.S. election and the Canadian one. I wonder how were still dealing with racism and misogyny, gun culture and war. I question how the Kardashians got famous, why theres 13 seasons of their reality TV show and who watches them. I think about how weve destroyed the planet and when the zombie apocalypse will come.

How did we get here?

The answer is design.

We designed our way into this mess, and we can design our way out, says Mike Monteiro, a designer and co-founder of Mule Design in California. He is on a personal mission to fight fascism through design.

On May 25 a day after Donald Trump met with the Pope and a day before he was to appear at the G7 summit Monteiro spoke at an event in Toronto held at software development company TWG (full disclosure: my brother-in-law works there).

Design is always political. Every choice we make is political including who we work for, what we work on and who those decisions benefit and hurt, Monteiro says to a large crowd including tech geeks, government workers and of course, designers. We need to design the future differently than how weve designed the past.

Monteiro reminds me a bit of Michael Moore, another American who has made it his mission to oust Trump from power. As soon as Trump was elected president, Moore strategized his impeachment by launching a 10-step action plan to stop Trump from succeeding. He started the Resistance Calendar, tracking every anti-Trump event in the country. Hes also pretty much put his film career on hold for a one-man show called Terms of My Surrender, which runs on Broadway for 12 weeks starting late July.

Monteiro isnt appearing on Broadway anytime soon (at least, I dont think he is), but hes taken his talk, How To Fight Fascism, around the world. In April, he spoke in Sweden. And after his Toronto talk, he told me about the contrast of audiences in Portland (They were on their feet, excited about everything) and Seattle (They sat there, politely clapped and I thought they hated me). In Toronto, his first time ranting about Trump in Canada, there were a few polite cheers (this is Canada, after all), and a lively Q and A afterwards.

So why does Monteiro think its up to designers to get us out of Trumps death grip? Because designers got us into it. He provides North Carolinas 12th congressional district as an example. Within the borders of this squiggly, almost nonsensical patch of geography are three major cities with mainly Black populations. Why was this congressional district designed this way? To suppress Black votes, which tend to sway Democrat. And what was the result of that design decision? A racist orange Cheeto elected to the highest level of office in America.

But maybe youre not designing congressional districts. Maybe you work at a company like Uber, at a seemingly uneventful design job where youre helping to build something that in turn, makes money and generally, seems to help people.

Design must have an ethical core, Monteiro says as he brings up a photo of disgraced Uber CEO Travis Kalanick onto a projection screen. What does Kalanick rhyme with? Prick.

In late 2016, Kalanick joined Trumps economic advisory board, and Uber faced widespread criticism when he said he would continue despite his executive order banning refugees. After New York taxi drivers imposed a work stoppage at JFK Airport in protest of Trumps Muslim ban, Uber ignored the strike and offered their services, thus prompting the hashtag #DeleteUber.

Monteiro believes Ubers actions would have been different if they had more diversity on their management team, but large tech companies like Google, Facebook and Apple have struggled for years to increase the number of employees from marginalized groups, especially in technical and leadership roles. In 2014, only 2 per cent of Google employees identified as Black. Lantinx representation fared only slightly better at 3 per cent. Women, meanwhile, made up less than a third of Silicon Valleys workforce in general.

We need to be hiring people who look like the people were designing for, says Monteiro. We need to start measuring impact and not just form.

Its no coincidence that the rise of fascism in America has come at a time when were also seeing large income disparity. Income inequality was a major factor in the 2016 election results, along with racism and authoritarianism. While many initially believed that Trump supporters were mainly working class and poor folks, stats showed that he was largely supported by rich white people.

In many ways, Silicon Valley is benefiting from the same income model. Think of how many companies currently build and sell products that rely on income disparity who would want to drive for Uber if they didnt need the money, after all? As a result, these businesses further marginalize women and racialized folks.

So whats the solution? I ask Monteiro if were all supposed to quit our jobs and work for non-profits. He says no, but we can start by questioning the status quo and taking a stand when we know whats happening is wrong.

He cites Susan Fowler, a former Uber employee who called out the companys sexism in dealing with workplace sexual harassment earlier this year, as an example. Fowlers bravery has forced Uber to investigate its toxic workplace culture and, hopefully, change some of its policies so that its a better place for women to work.

Another example comes from Apple, who refused to design encryption software to aid the U.S. governments investigation into the San Bernadino shooter. In 2016, the FBI wanted Apple to create new software that would enable them to unlock the iPhone of one of the attackers. The iPhone was designed to lock with a four-digit password and would eliminate all data after 10 failed password attempts.

Tim Cook, Apples CEO, stated that designing the encryption software would be equivalent to designing a master key able to open millions of locks.

Monteiro ended his talk with a number of positive examples, where designers are currently building products and communities to help fight fascism.

Those at the Center for Civic Design’s see democracy is a design problem and its goal is to increase public accessibility to government and civic organizations. People there are working on how to design voter information, ballots, poll worker materials, election forms and voting systems to make them usable for all Americans.

Another group making a difference is 5calls.org, which lists the most pressing issues of the day since Trump was elected and which representatives to call about it. Turn your passive participation into active resistance, the website reads. While posting your dissatisfaction on Facebook and Twitter doesn’t always create meaningful change, calling the government can.

Finally, MyTransHealth, a website created by Kade Clark and Robyn Kanner, helps fight for the healthcare rights of trans folks by connecting them with qualified, competent local providers. Trans and non-binary folks are disproportionately discriminated against when it comes to accessing healthcare, and this small but mighty website is trying to change that.

Closer to home, change is happening slowly. We might not be fighting fascism, but theres work to be done to strengthen equality for all in Toronto and Canada. In March, a group of organizers put together the first LGBTQ tech conference geared at helping queer individuals feel safer and more welcome in the workplace.

TWG, which hosted Monteiros talk, has also been on a mission to improve equity and diversity at the software company. In 2015, they joined forces with TechGirls Canada to examine operational strategies for increasing underrepresented groups in the office. This year, they published the Change Together report, which also acts as a guidebook for companies in the tech industry.

During the Q&A portion of the talk, an audience member suggested attending Civic Tech Toronto, a weekly meet-up of developers, designers and other creative people to help create solutions to civic challenges. Their next meeting on May 30 will look at ways to track Toronto homeless shelter usage.

Theres ways to get started and if you dont see something youre passionate about joining, start your own project. Change happens when a single voice raises an issue, and if we designed the way our world currently dysfunctions, we can hopefully design our way out.