Getting the shaft on mining abuses

After more than a decade of campaigning for oversight of Canadian mining corporations abroad, the feds appear to be backpedaling on gains won by human rights advocates 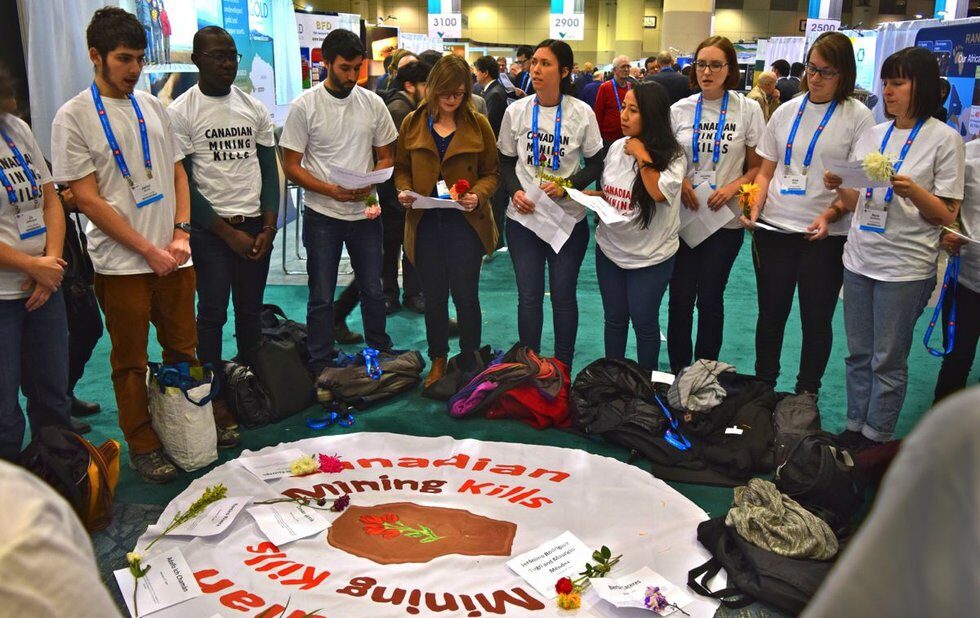 After more than a decade of campaigning for oversight of Canadian mining corporations abroad, gains won by human rights and community advocates are at risk.

The federal government appears to be backpedaling on its commitment to create an office of an independent ombudsperson that would be able to investigate allegations of abuse at Canadian mine sites and get redress for communities harmed by Canadian mining operations.

Instead, the Liberals have announced the establishment of an advisory post that may or may not have the power to investigate corporations, or even compel documents or testimony. This person will not be independent, but rather report to the Minister of International Trade Diversification. A final decision on the ombudsperson’s powers is slated to be made in a month’s time.

There’s a long, well-established history of horrific and systemic human rights abuses at Canadian mine sites across the globe. Reports by respected organizations like Amnesty International, Mining Watch Canada, Human Rights Watch, Oxfam, the United Nations and countless others have detailed environmental and human rights abuses. Those include targeted assassinations, gang rape, violence against unarmed protesters, and the use of slave labour. Yet there are rarely any consequences for companies where they are headquartered and allowed to raise most of their money – namely, in Canada.

Successive Canadian governments have recognized there’s a problem but have responded with policies and oversight bodies that are powerless by design.

For example, the establishment of a Corporate Social Responsibility Counsellor, a post that existed from 2009 until 2018, failed to hold a single company to account. That’s no surprise given the fact that the office was unable to investigate a company without that company’s permission, and a company could withdraw from an investigation at any time.

You might expect more from the current Liberal government, but any reference to the new ombudsperson’s ability to “investigate” companies has been removed from the Frequently Asked Questions section of the government’s website.

Another troubling change suggests that this new post could be worse than nothing at all. For example, a previous description of the ombudsperson’s role stated that the office would not “affect the right of any party to bring a legal action in a court in any jurisdiction in Canada regarding allegations of harms committed by a Canadian company abroad.”

This section has been completely erased, leaving advocates to wonder if establishment of the ombudsperson’s office is an attempt by the government to undermine future legal cases like the lawsuits against Hudbay Minerals, Tahoe Resources, and Nevsun that are currently making their way through Canadian courts.

We cannot accept another powerless office to feign action on this important issue.

Sakura Saunders is editor of protestbarrick.org and a member of the Mining Injustice Solidarity Network. The group will hold a rally and march starting at Christie Pits Park at 11 am on Saturday (May 4).