Canada’s denial of race-based genocide has allowed systemic violence against Indigenous women and girls in particular to continue in plain sight. The only question now should be what is Canada going to do about it? 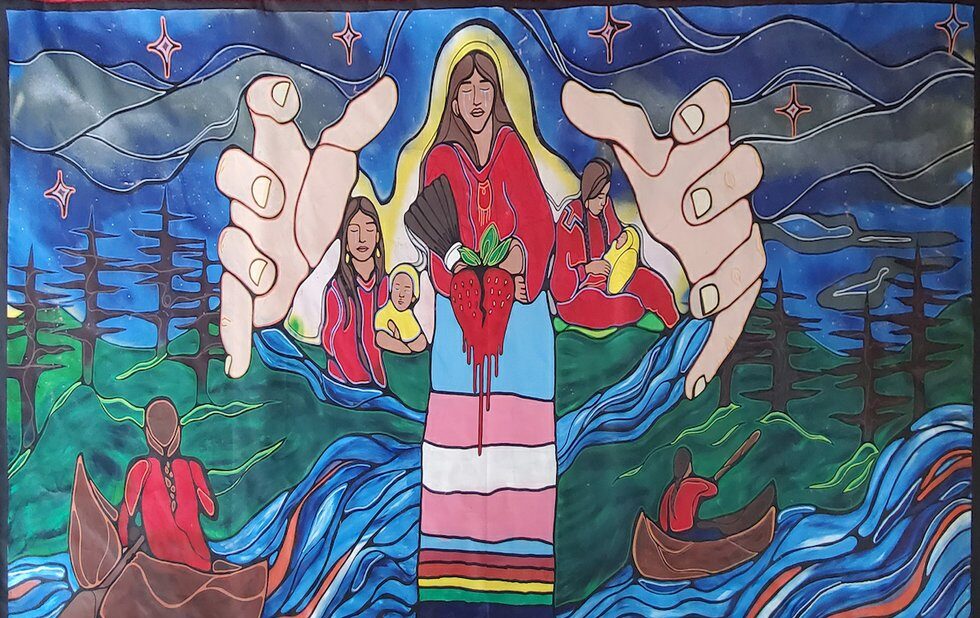 It’s no longer up for debate. Canada is guilty of genocide.

The National Inquiry into Missing and Murdered Indigenous Women and Girls has found that Canada has and continues to engage in “race-based genocide.”

The inquiry called to investigate the circumstances surrounding the murder and disappearance of an estimated 1,200 Indigenous women and girls came to its conclusion after hearing from their family members, survivors of violence and expert witnesses, as well as conducting its own independent research.

This was not an academic exercise nor a political tactic, as some pundits in the mainstream press have suggested. The finding that Canada is guilty of genocide is based firmly on the evidence and law.

Canadians should not be shocked.

This is not the first time an inquiry or commission has come to this conclusion. The Truth and Reconciliation Commission into Indian residential schools also found Canada guilty of genocide – cultural, physical and biological.

Canada is at a crossroads. Yes, an admission of genocide will have political and legal consequences, but that is a small price to pay.

False comparisons to the Holocaust

Canada’s political leaders have long professed a commitment to human rights and Indigenous rights at home and on the international stage. Yet the national inquiry found that it is Canada’s very breach of those rights that have led to genocide.

Various prime ministers have called out grave human rights violations and genocides committed by other states – and rightly so.

Unfortunately, the response of many politicians, journalists and armchair critics to the inquiry’s findings has amounted to denial – and that is precisely how genocide is allowed to continue in plain sight.

Much of the debate among media commentators has focused on false comparisons to the Holocaust. In their minds, if millions did not die within a short time, then it simply cannot be called a genocide.

But in law, the Holocaust is not the standard of what constitutes a genocide.

The Holocaust is one of the worst examples of genocide, but not the only way in a which a systemic, state-sponsored genocide can occur.

Both international law and the United Nations Convention on the Prevention and Punishment of the Crime of Genocide define genocide as a crime that can occur in a variety of forms, and which may or may not involve the mass killing of a targeted group.

The definition of genocide in Article II of the Convention includes killing members of a national, racial or ethnic group – like Indigenous peoples. The definition also covers other acts: causing serious bodily or mental harm creating the conditions of life to bring about the destruction of a group preventing births in a group and the forced transfer of children from the group.

A state need only commit one of these acts to be guilty of genocide. Sadly, Canada is guilty on all these fronts when it comes to its treatment of Indigenous peoples.

Canada’s genocidal past and present

Pre- and post-Confederation governments have engaged in the targeted elimination, dispossession, oppression and violence against Indigenous peoples.

Canadian governments used premeditated acts like the mass distribution of smallpox-infested blankets and placing bounties on scalps to kill off Indigenous peoples. They engaged in policies aimed at starving Indigenous peoples to death to clear the prairies for settlement.

These acts represent both Canada’s genocidal past and present.

But the unique way in which racism, sexism and misogyny combined with Canada’s Euro-centric white supremacy and colonization objectives targeted Indigenous women and girls in particular.

Many of the priests and nuns in residential schools raped, tortured, abused, starved and medically experimented on Indigenous boys and girls. Thousands died as a result under Canada’s “final solution” Indian policy, as Duncan Campbell Scott, the deputy superintendent of Indian Affairs from 1913 to 1932, referred to it.

The Indian Act was also designed to create a legal definition of Indian that would result in the legislative extinction of Indians over time, by targeting Indian women and children for expulsion from their First Nations.

Fast forward to today, where Canada’s legal, political and social systems continue to be infected with racism against Indigenous women and girls.

Human Rights Watch, for example, has documented numerous reports of RCMP officers raping and beating Indigenous women and girls with impunity. Police officers in Quebec have been investigated for driving Indigenous women out of town and sexually assaulting them. Doctors are still being accused of forced and coerced sterilizations of Indigenous women while social workers steal thousands of babies from Indigenous mothers and put them in foster care.

Incredibly, after 140 years, the Indian Act still targets Indigenous women and their descendants from exclusion from Indian status, membership in their communities, participating in the leadership and governance of their First Nations and from accessing critical human services like food, water and housing.

The only question now should be what will Canada do next?

Prime Minister Justin Trudeau has an opportunity to set the example for the rest of the world by stepping up, accepting responsibility and taking urgent action to address this national crisis.

For this genocide, Canada doesn’t need to send troops to a developing country, or work with allies to defend against a dangerous dictator. It needs to turn its resources inward and work on a national action plan in partnership with Indigenous governments and led by Indigenous women.

That is the response required of Canada right now. Anything less will render Canada an outlaw state deserving of international intervention.

Pamela Palmater is a Mi’kmaw citizen member of Eel River Bar First Nation. She has been practising Indigenous law for 19 years and is currently an associate professor and the Chair in Indigenous Governance at Ryerson University.

Missing and murdered: a timeline of Genocide

Symposium is held in Prince George to raise awareness of the cases of women who have gone missing or been murdered along a stretch of Highway 16 in BC known as the Highway of Tears.

The Ontario Native Women’s Association and the Ontario Federation of Indian Friendship Centres releases A Strategic Framework To End Violence Against Aboriginal Women. It notes that Indigenous women and girls are three times more likely to experience violence than their non-Indigenous counterparts.

The Assembly of First Nations issues an urgent call to action noting the high rates of Indigenous children in foster care – as well as high rates of incarceration – and the fact Indigenous women and girls are five times more likely to die from violence.

The United Nations Report of the Special Rapporteur on the rights of indigenous peoples concludes that “Canada faces a crisis when it comes to the situation of Indigenous peoples of the country.”

The RCMP releases its Missing And Murdered Aboriginal Women: A National Operational Review, which identifies a total of 1,181 cases of missing and murdered Indigenous women and girls in Canada between 1980 and 2012.

National Roundtable on Missing and Murdered Aboriginal Women and Girls meets in Ottawa, but the Stephen Harper government remains opposed to a national inquiry. Only a handful of some 700 recommendations made on violence against Indigenous women over the last 20 years have been fully implemented.

Responding to a recommendation of the Truth and Reconciliation Commission on residential schools, the newly elected government of Justin Trudeau announces the launch of a national inquiry.

The terms of reference for the inquiry are criticized by a coalition of more than a dozen groups, including the BC Assembly of First Nations, who say the framework sets up “a weak national inquiry that lacks clear authority to delve into some of the most crucial factors in this human rights crisis,” in particular the role of police.

An open letter to Justin Trudeau from family members, survivors and supporters of the missing and murdered women calls for a reset of the inquiry and a “community-driven” process.

An interim report of the inquiry identifies “procedural challenges… significantly hurting the national inquiry’s ability to do its work.” Soon after, a series of community hearings begins in Thunder Bay and criss-crosses the country, including a hearing in Toronto on racism, ending in June 2018.

The national inquiry releases its final report concluding that the treatment of missing and murdered Indigenous women and girls amounts to genocide. But most mainstream media disagrees with the conclusion.