NOW MagazineNewsMore than 2,400 birds killed in collisions with buildings were recovered in the GTA last year

More than 2,400 birds killed in collisions with buildings were recovered in the GTA last year 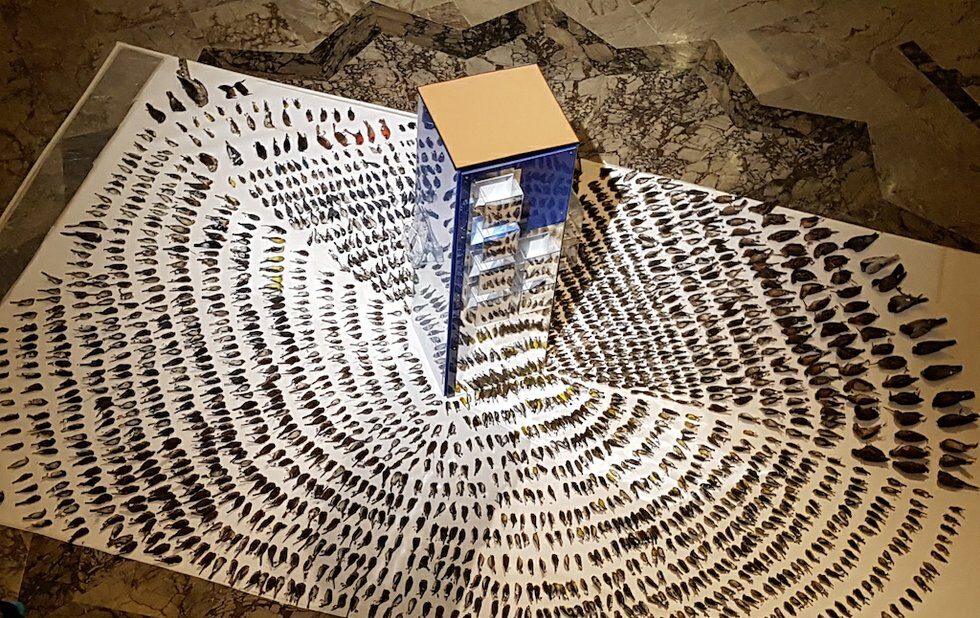 Ruby-throated Hummingbirds, Canada Warblers, Indigo Buntings and Whip-poor-wills are among the species collected by Fatal Light Awareness Program (FLAP) volunteers and citizen scientists during patrols to rescue birds that collided with buildings around the GTA last year.

FLAP estimates that more than one million birds collide with buildings in the GTA every year, many of them at-risk species. The organization has been encouraging building owners and managers to reduce risks to migratory birds through a host of measures. The number collected by FLAP along Toronto’s skyline and beyond keep rising, surpassing 2,400 in 2016, compared to 1,800 in 2015.

Environment Canada ranks window collisions as the second highest direct human cause of bird deaths in Canada, with an estimated 16 million to 42 million birds dying annually in Canada.

To illustrate the threat posed to migratory birds by glass-clad buildings, FLAP’s display of  casualties this year at the ROM April 21 featured something a little different – a glass structure. Birds do not see windows during the day. Lights left on in tall buildings at night present a danger to birds migrating at night.