Black Futures Month: The acclaimed theatre creator is expanding the Black stories that are told on stage and screen 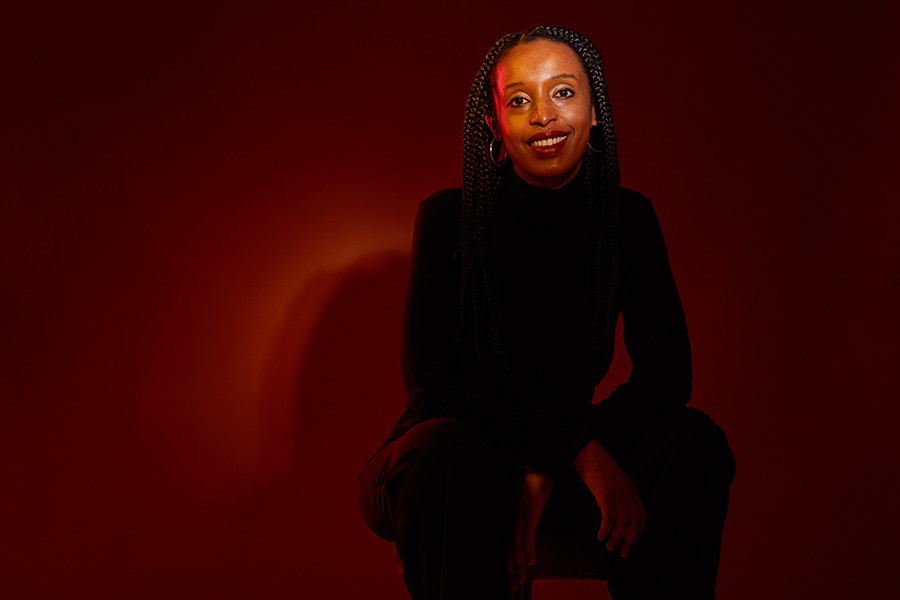 Mumbi Tindyebwa Otu became the artistic director of Obsidian Theatre, Canada’s premier Black theatre company, at a tumultuous time: it was the thick of the pandemic, in the midst of worldwide protests against anti-Black racism and theatres were shut down.

Obsidian’s first major project with Otu at the helm, 21 Black Futures, responds to the question: What is the future of Blackness? It’s an anthology of 21 filmed monodramas, written by 21 Black playwrights, performed by 21 Black actors and directed by 21 Black directors from across Canada. It airs weekly on Fridays on CBC Gem from February 12-26.

“The question of the future came out of the uncertainty of the moment we are in, the loss, the pain, the grieving, the heightened gaze from the outside world. I wanted to offer something that was centred on the Black gaze. Last summer, when there was no end to the pandemic in sight and I went further into self-isolation and mourning all the murders of our people at the hands of police. I had no access to community and felt in need of connection.

The artists we approached were at varying levels of creation: some suddenly had a lot of work and others had no opportunities coming their way. I felt we could offer the opportunity to bring their whole selves to the table, to imbue the work with their entire identities.

Sixty-three of us came together and created something communal, something unapologetically Black, something radical that explores new stories about imagined Black futures, countering the messaging that is everywhere, about us, but not from us.

There’s not one single Black story – we have such rich backgrounds and contexts that we bring to the work. Sixty-three is just a sliver of our voices and attempts to show the breadth of stories within the community. The monodramas are short pieces that still speak volumes about these artists’ talent; it’s like we’re planting a forest and saying go forth and prosper.

We’re a tiny company with a big vision of amplifying Black creators. If we put out a call next year, we hope that even more Black artists across the country will know that they have a place where they can engage. We’re also providing a catalogue of the talent here, a list of actors, directors and playwrights at various points in their careers. Nurture their work and invite them into your spaces.

I just want more opportunities for people who look like me, for people of colour, for Indigenous people. Post-pandemic, I want to see that it’s not just a seasonal thing, that it goes beyond tokenism – a real desire to engage continuously in the richness of who we are, even after it stops being convenient.