World Water Day was marked on March 22. This years theme, Leaving no one behind, is adopted from a central. 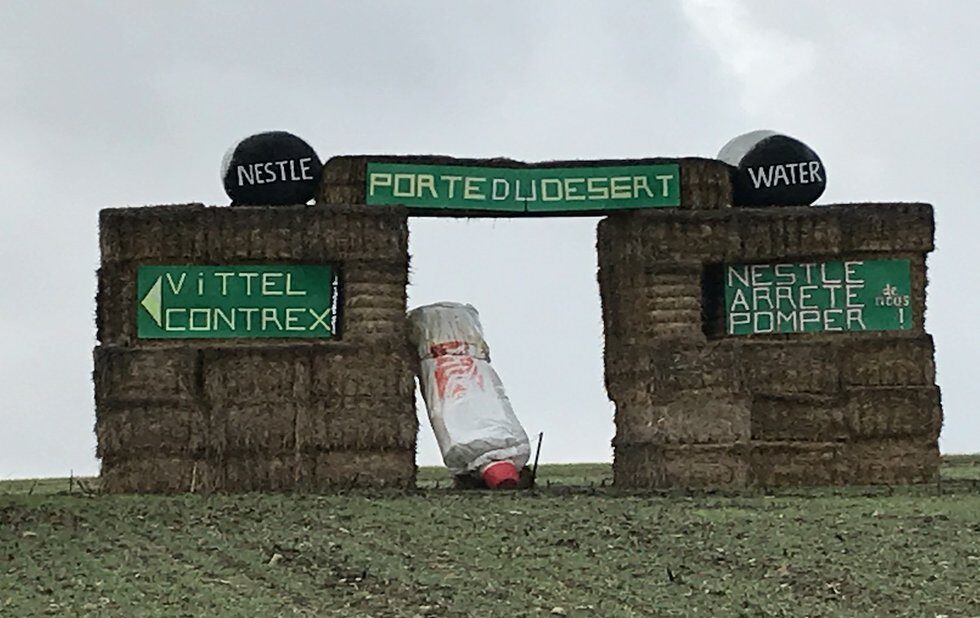 The French government is proposing to address the water shortages caused by Nestle water bottling operations in Vittel by building a pipeline from a neighbouring town.

World Water Day was marked on March 22. This years theme, Leaving no one behind, is adopted from a central promise of the UNs 2030 Agenda for Sustainable Development, which states that as sustainable development progresses, everyone must benefit.

Its a message that should resonate with Ontarians after Premier Doug Fords closed-door meeting with representatives of a China-owned company last fall over plans to extract 1.6 million litres a day from an aquifer in Guelph/Eramosa Township for its glass operations. That was after the municipal government had already rejected the plans on environmental grounds.

Its also where non-profit Wellington Water Watchers (WWW) has been staving off attempts by bottled water giant Nestle to tap into local aquifers for its water-bottling operations in Aberfoyle.

The former Liberal government placed a moratorium on all future takings in 2016. The Ford government extended that for one year in 2018 “to further advance the ministry’s understanding of the water resources in the province, with a particular focus on groundwater takings by water bottling facilities.” But that ban runs out in January 2020, when applications for existing permits can proceed again.

In February, WWW board members Susan Glasauer and Karen Rathwell and campaign director Mike Balkwill were invited to Vittel in the Alsace region of France, to talk about the group’s experience fighting Nestle in Wellington County. Vittel, which is famous for its mineral water, has its own brand of Nestle bottled water. It’s also where Nestle has been extracting water for bottling since 1990, reducing water levels in underground aquifers in the region by 30 centimetres per year.

Nestle extracts approximately 740 million litres per year at two bottling plants in Vittel and Contrexeville. Nestle acquires the water for free. And experts agree that there is a risk of salinization of the groundwater from excessive extraction.

The company has recently purchased land surrounding their wells from area farmers. Nestle leases the land back to farmers in some instances, but under the condition they relinquish access to water. Instead, farmers are expected to truck in water to feed their animals and irrigate their crops.

Local residents, meanwhile, pay 3 Euros for each 9 litres of water they use. The French government is proposing to address the water shortage by building a pipeline from another town to Vittel. Nestle will continue to extract and bottle Vittel water for export if the pipeline is approved.

Experts predict that the effect of transferring this water by pipeline will be to deplete surface waters, dry up wetlands and reduce water levels in local rivers in communities from where the water is piped.

The effects of climate change are already being felt in the region. Vittel is also known for its cherry trees, but theyve failed to bloom for five straight years due to a lack of water. Even rainwater is not absorbed by the soil because of the lack of moisture in both the soil and the atmosphere.

Glasauer, whose work focuses on wetlands, talked to farmers in Vittel who said that the soil in the region has become drier and the atmosphere has become less humid since Nestle ramped up operations there, shipping bottled water by the train load, mostly to Germany, but other neighbouring countries, as well.

Glasauer says one sheep farmer she spoke to in Vittel makes four trips a day to haul enough water to keep his flock alive.

Nestle does not bottle water in Switzerland, where its head office is located. But the fallout from some of the companys operations in Sao Lourenco, Brazil has caught the attention of Brazils Catholic Church. Frederick arrived in Switzerland several years ago as part of an assignment by the Catholic church in Sao Paulo to secure the support of Catholic and Protestant churches in Switzerland in a campaign against Nestle water-bottling operations back home.

Fredericks work has uncovered co-operation between Nestle and the Swiss government against non-profits opposed to Nestles operations. In 2008, fo example, it was revealed that Nestle employed Securitas, a well-known security company in Switzerland, to infiltrate the grassroots group ATTAC, which was critical of Nestle operations, including in Colombia and Brazil.

Franklin also shares that Nestle has contracts for catering food and water for U.S. military bases around the world. When combined with $9.5 billion in water sales per year, this gives Nestle access to virtually all global markets.

Nestles two plants in Vittel are substantially larger than the bottling facility in Aberfoyle. But where Nestle has set its sites on rural communities, around the world, the potential for jobs is the incentive for communities to turn a blind eye to the environmental consequences.

If Nestle is prepared to keep extracting water until the aquifer is depleted in Vittel, how can its claims that its water-taking in Ontario is sustainable be believed?

With files from Mike Balkwill.