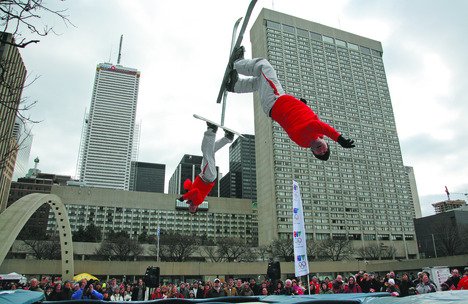 In our cellular world, unused telephone booths have found a new lease on life – as ad space. We spotted this electric sign affixed to the side of a booth conveniently positioned next to the city’s hydro supply at Davisville and Mt. Pleasant. We rang, but so far no answer from Ma Bell on how many booths will be fitted with the contraptions.

What’s eating David Caplan? The Liberal Don Valley East MPP and scion of famous party elder Elinor weighs in on the grating TTC debate with a going-nowhere private member’s bill to have the public transit system declared an essential service. Talk about a head-scratcher. Is Caplan still bitter about that cabinet demotion over eHealth? From where we sit, this smells like just more anti-TTC piling on by the province as it starts laying the groundwork to place the TTC under the control of provincial transit agency Metrolinx. If you think service is bad now…. 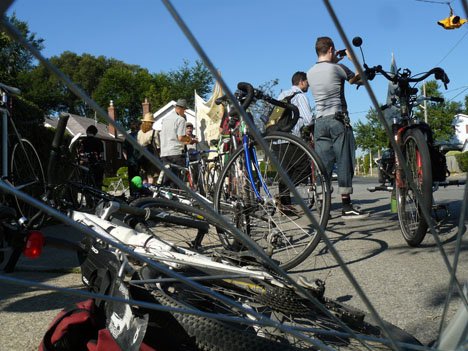 The days of the ghost bike commemorating courier Darcy Allan Sheppard may be numbered. Last week workers contracted by the city moved the bike shrine from its original spot, ring post and all, to a sign post further west along Bloor. Michael Bryant, the former attorney general charged with criminal negligence in Sheppard’s death, is scheduled to go back to court March 5. Photo: Martin Reis

PepsiCo, the choice of a new generation, has buffed its anti-gay cred with the American Family Association. The AFA has suspended its boycott of the cola giant after Pepsi reportedly pulled its support of two lesbian and gay orgs stateside. An AFA ruse? Maybe. Industry watchers say the AFA’s boycott may actually have increased Pepsi sales. 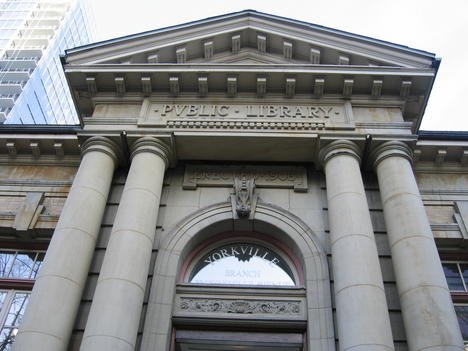 The cherry popped for Cherry Street a long time ago. But before it became a highway to the local dump, it was a centre of commerce in the port lands, where the rail lines (still there) met high finance and industry. This former Bank of Montreal building at Villiers, built in 1920, is one of a handful of turn-of-the-20th-century heritage properties lining the strip. [rssbreak]