No need for speed 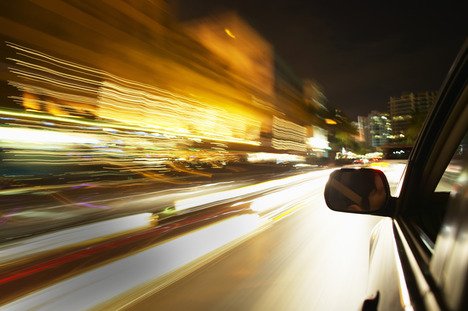 We can’t be hasty enough about putting the issue of speed limits at the top of the transportation agenda. There are at least 14 reasons why: 14 city residents who died on our streets last month while engaged in the simple activity of walking.[rssbreak]

Experts will determine the specifics of each of these tragedies, but giving road users a fighting chance when someone makes a mistake means rethinking the issue of speed. On a well-designed road system, the penalty for inattention is not death.

At 50 km/h, according to the U.S. department of transportation, cars will kill almost half of pedestrians struck. At 30 km/h or less, 19 in 20 will survive. A recent study in the journal Medical Decision Making (MDM) found that lowering speed by an average of 3 km/h would reduce U.S. deaths by 9,000 annually.

A comprehensive World Health Organization report examines how the global death toll on roads – 1.2 million people annually – can be reduced. The authors conclude that at speeds under 30 km/h, cars can coexist relatively safely with pedestrians. For example, they point to the town of Baden, Austria, where most streets now have such a limit.

Changing traffic laws is a good start: reducing the top-speed capacity of the vehicles on our roads is a logical and related step. Since the auto industry is in a period of transition, receiving a fair bit of taxpayer support, it’s an opportune time to ask whether their products are best for our community – or just good for their business. The industry has a bad, often lethal, habit of pitching power and acceleration in their ads, a fact that glorifies and promotes speed and boosts sales of a SUVs and pickups.

When we imagine cities where traffic is calmed, a world of possibilities and new products opens up. Cars like the Zenn (Zero Emissions, No Noise) developed by a Toronto-based company could also be part of the solution, provided our governments get over their timidity about approving them as safe for our roads.

Eventually, with better mass transit, more people could use their low-speed car (or e-bike, bicycle or feet) to get to a suburban transit node and then to their destination by bus, train or light rail. Since the average Canadian makes 2,000 car trips under 3 km each year, there is plenty of potential for slower cars.

Speed is our society’s grand illusion. In city traffic, cyclists can generally keep up with cars, although the quick acceleration between traffic lights deludes drivers into thinking they’re making time. The MDM study found that reducing speed by 3 km/h would give drivers 3.6 hours in additional life expectancy per year from reduced crash risk.

Cities have tools to dampen road aggression beyond lowering the limits, like preferential parking fees for low-speed cars and tolls to make transit and low-speed cars an attractive option for commuters.

The speed of traffic plays a big role in the margin of error for road users. This margin is important: our family members, friends and neighbours live and – as we were reminded last month – die in that margin.

Albert Koehl is an environmental lawyer, and Wayne Scott is the co-founder of HOOF & CYCLE.