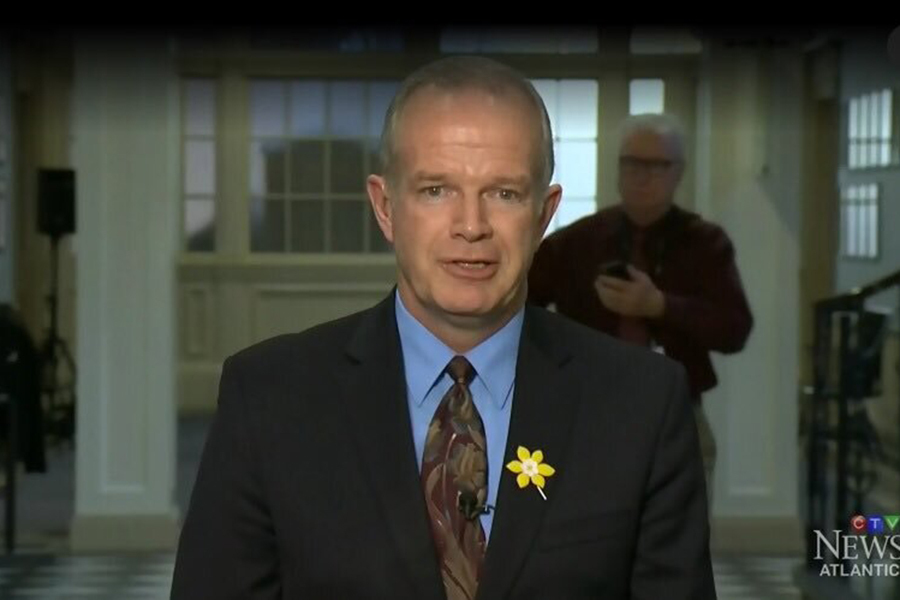 More documents related to the RCMP’s investigation into the Nova Scotia mass shooting are expected to be released on September 4.

But it won’t be until at least mid-November that the public will see all the information used by the RCMP to obtain some 23 search warrants in the case.

But that will be up to a judge. As with other documents released so far, parts deemed sensitive to the RCMP’s investigation will be redacted.

Media outlets led by the CBC have been in court since May to argue for the full release of the documents.

But provincial and federal Crown attorneys say that would compromise the RCMP’s investigation. They have also raised privacy issues related to individuals named in the documents. And the need to protect the identity of others.

The situation has unleashed a protracted legal game of cat and mouse.

That has involved a complicated three-stage process, which has included in-camera hearings and public proceedings in court over the redacted information.

RCMP Sargeant Angela Hawryluk took the stand in a Nova Scotia courtroom last Wednesday, August 12. It’s her signature that appears on affidavits sworn by the RCMP to obtain some 23 search warrants in the case.

Her testimony made for some testy back and forth with David Coles, the lawyer representing the CBC et al.

In one exchange, Coles questioned the redaction of the name of a forensic anthropologist hired by the RCMP to investigate a possible motive in the shooting. How would the release of that individual’s name compromise the RCMP’s investigation?

Hawryluk acknowledged under cross-examination that the release of the name would not compromise the RCMP’s investigation. Coles noted other discrepancies in reasons offered by the RCMP for redactions.

The legal process has led to the release of previously redacted information, including explosive details about the gunman.

Information released just prior to the government’s decision to announce an inquiry suggests Gabriel Wortman was involved in smuggling guns and opioids from the United States.

Other published reports have already raised questions about what the RCMP knew about the gunman prior to his rampage. With each new revelation, the RCMP’s handling of the case has come under increasing scrutiny.

Questions of conflict of interest

But Heather Fairbairn, a spokesperson for Furey’s office, says they have “no further information to share at this time” on the terms of reference – or conflict of interest questions raised by Nova Scotia PC party leader Tim Houston.

Houston has asked the province’s Conflicts Commissioner to investigate whether Furey should be removed from the inquiry process. Furey is a former RCMP officer. He served as a unit commander in Nova Scotia during a 32-year tenure on the force.

Houston wrote to Blair on August 12 to raise the issue.

He questions efforts by the Nova Scotia government and the feds to “dilute” the review process into the shooting. The feds and province had initially announced a simple review of the shooting. But public outcry by the families of some of the victims forced the government to call a full public inquiry.

Houston’s letter goes on to doubt the three-person panel proposed for the inquiry. The feds have appointed J. Michael MacDonald, Nova Scotia’s former Chief Justice, to chair the panel. Leanne Fitch, a former chief of police of the Fredericton police force, is a second appointee. Anne McClellan, a third choice, has bowed out.

Houston argues for a five-member panel, with at least three appointees from out of province.

“It is essential that this inquiry is conducted by an independent and impartial body, free of bias or political interference.”

The PC leader says that the inquiry should also look into “the role of confidential informants within the RCMP.”

Speculation has been rife that Wortman may have been an RCMP informant. Houston notes “his historic involvement with the RCMP… and his engagement with them during the period he was active on April 18 and 19.”

The RCMP has already publicly denied any connection to Wortman.

But the speculation persists about why the RCMP seemingly did nothing to respond to concerns expressed by neighbours that Wortman kept a stockpile of weapons.