We expect sports heroes to be superhuman and lead by example, but some of them don't think they have to play by the rules like the rest of us 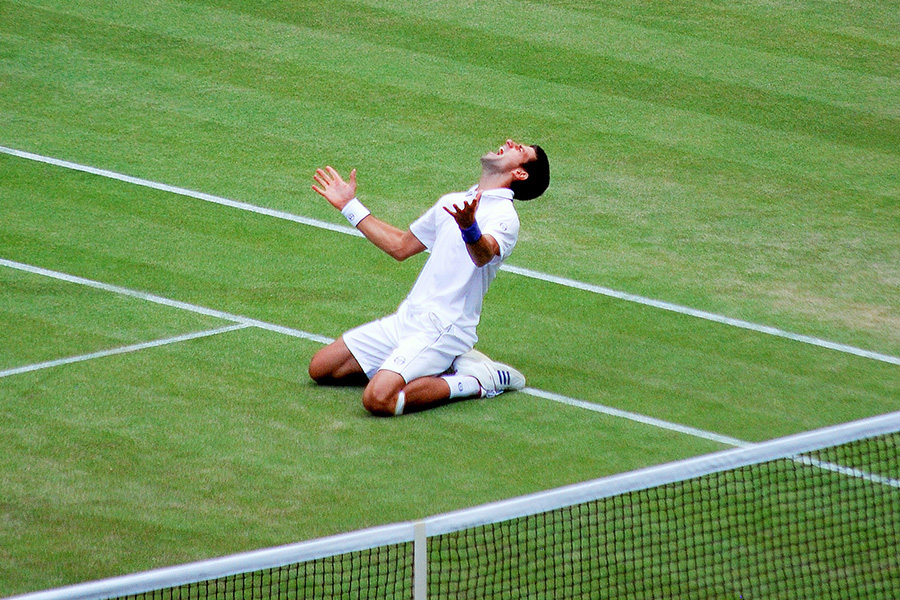 It’s like the assassination of Franz Ferdinand. That would be the little-known Austro-Hungarian royal whose killing set off an unlikely chain of events that triggered the First World War.

Only in the case of Novak Djokovic, the planet’s number one tennis player; the political fallout over his refusal to reveal his vaccination status has sparked a different kind of war. It has become a flashpoint for the global anti-vaccine movement.

It’s also placed front and centre the role a growing number of sports celebrities who think they’re immune from public health requirements are playing in pushing the anti-vaccine cause and COVID-19 misinformation at a time when Omicron is spreading like wildfire across the planet.

It was probably not Djokovic’s intention to become a poster boy for the anti-vax movement when he flew to Australia to defend his Australian Open title last week. Or maybe it was.

His anti-vaccine views are well-known in tennis circles and his native Serbia, where only half the population is vaccinated. And there was arguably something performative in Djokovic’s claim as a medical exemption to play in Australia the fact that he’s contracted COVID-19 (twice) – and therefore doesn’t have to be vaccinated because he’s unlikely to contract the disease and pose a risk to others.

Border officials initially denied his request to enter the country. But a judge overruled that decision saying that Djokovic hadn’t been given enough time to respond to the decision to disallow his entry.

That led to dancing in the streets of major metropolises across the globe and Djokovic being lauded as a “hero,” a “beacon of hope” by far-right groups pushing conspiracies.

But Djokovic’s case also created a massive public backlash Down Under, a country that has experienced some of the most severe restrictions in the world as a consequence of COVID-19.

On Sunday, Australia’s immigration minister took matters into his own hands and ordered Djokovic deported saying his participation in the tournament was not “in the public interest.” Indeed, those attending the tournament must be vaxxed and sit two metres apart. The statement also made reference to “maintaining social cohesion” as Australia tries to recover economically from COVID-induced lockdowns.

“Game, set and vax,” hollered the Daily Mirror. But the damage has been done.

While Djokovic’s case has become a rallying point for anti-vaxxers, he’s by no means the only athlete whose views have served to legitimize the anti-vaccine cause.

Aaron Rodgers of the National Football League Green Bay Packers lied about his vaccination status, and when he got caught appeared on an online show to spout popular conspiracy theories questioning vaccine safety and efficacy. He’s still not vaccinated.

Kyrie Irving of the National Basketball Association Brooklyn Nets has also refused to get vaccinated for reasons known only to himself. The ones offered via an Instagram post a few months back were as defying as his crossover dribble. But Irving was recently allowed to return to play by the NBA – at least in stadiums in U.S. cities where there are no vaccine restrictions.

In the NHL, a similar accommodation has been made for Tyler Bertuzzi, the league’s only unvaccinated player. Others have been investigated for allegedly using a fake COVID passport.

The reality is that money and status insulate them from everyday troubles the rest of us have to contend with. Fame accords them entitlement of the kind that makes them think they don’t have to live by the rules like the rest of us.

Djokovic admitted to making false statements on his travel document – namely, that he had not travelled internationally in the 14 days before his arrival in Australia. There has also been some question as to whether he took part in public events in his native Serbia after knowing he had tested positive for the virus. But he seems to have no regrets about that.

Djokovic said in a statement released last week that his decision not to disclose his vaccination status is “personal.” It’s also selfish. He could have easily avoided making himself the focus of attention by getting vaxxed (unlikely) or not playing in Australia altogether (totally doable). But he put his interests ahead of public health (typical). A win in Australia would make him the all-time leader in major tournament victories.

And so ends the latest celebrity COVID saga, at least until the next major tennis tournament in France, a country that also has a vaccine requirement. Reuters, meanwhile, reports that Djokovic received a “rapturous welcome” upon his return to Serbia.