It was 20 years ago that 14 women were killed at Montreal's Ecole Polytechnique, and violence against women is still,. 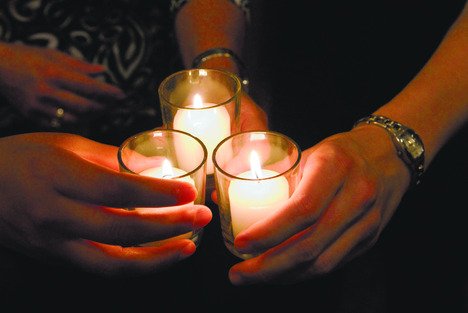 Honour victims of the Montreal Massacre on December 6.

It was 20 years ago that 14 women were killed at Montreal’s Ecole Polytechnique, and violence against women is still, unfortunately, alive and well. Last year alone in Canada, 146 women were murdered and 61,690 sought refuge in shelters. Activists remember December 6, 1989, and victims past and present, on Sunday (December 6) at 6 pm, at the Women Won’t Forget candlelight vigil, free, at Philosopher’s Walk, between Bloor and Hoskin west of Queen’s Park (behind the ROM). womenwontforget.org.

Time to ditch a nasty substance that’s unfortunately all too seductively convenient. Come out to a screening and discussion of Ian Connacher’s Addicted To Plastic, hosted by the Toronto-Danforth NDP, tonight (Thursday, December 3), at 8 pm. Free. Centre of Gravity, 1300 Gerrard East. tdndp.ca.

AQSAzine launches issue two on Friday (December 4) with a night of art and activism by young Muslim women and trans people at the Art Gallery of Ontario (317 Dundas West). Hosted in partnership with the AGO Youth Council, Profile This showcases video, readings, music and more. Free, 6 to 8 pm. aqsazine.com.