Seeking some spiritual inspiration and good vibes during the holiday season? Look to the Metropolitan Community Church, led by Brent. 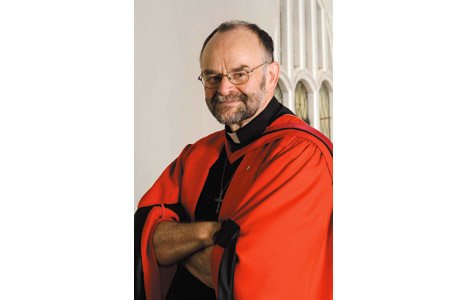 Seeking some spiritual inspiration and good vibes during the holiday season? Look to the Metropolitan Community Church, led by Brent Hawkes. This year’s Christmas Eve Service (Thursday, December 24) at Roy Thomson Hall (60 Simcoe) features the MCC choir, special performances by Jackie Richardson and others and an open and welcoming atmosphere. It’s midnight mass with a community twist. 10:30 pm. $25. 416-872-0255.

Show your concern for the residents of Gaza – take a little time during the festive season to join a rally hosted by the Canadian Arab Federation, Independent Jewish Voices and others. The event takes place in solidarity with the Gaza Freedom March, where international activists will act to break the siege. In T.O., things kick off at 1 pm Sunday (December 27). Free. Israeli Consulate (180 Bloor West). info@palestinehouse.org.

Get a whiff of the city in days past by joining an Urban Ecology Walk with the folks who like to connect the dots. On Tuesday (December 29), they explore the often hidden relationship between T.O.’s marine heritage and our railway system. No surprise, the trek starts at the clock at Union Station, Front and York. 1:30 pm. Free. 416-593-2656.