Sure, the Haitian horror is making the Tories look very busy, but don't be fooled. Their indecent prorogue has shut. 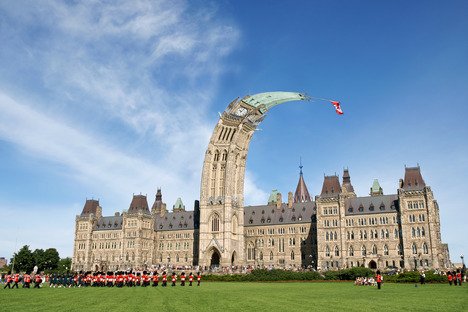 Hit the streets January 23 and tell Harper to get back to work.

Sure, the Haitian horror is making the Tories look very busy, but don’t be fooled. Their indecent prorogue has shut down any way of calling them to account. Join the rest of the country in telling Stephen Harper we want our Parliament back attend the rally, Saturday (January 23), 1 to 4 pm, at Yonge-Dundas Square. Free. noprorogue.ca.

Andrew Cash lights up his NDP candidacy for MP in the Davenport riding with a major funder slated for Friday (January 22) at 9 pm. He’s campaigning for a national housing strategy and better air quality, among other things, and true to his musical roots, promises he’ll take the arts community seriously. Artists feel the same way about him – just check out the supporting lineup at Lula Lounge (1585 Dundas West): the Skydiggers, Jason Collett, Luke Doucet and more. Tix are $100, but you get $70 back in the form of a tax receipt. cashfortoronto.ca.

Indigenous cultures far older than the West’s are the key to the mysteries of our planet’s disappearing flora and fauna. Come hear a talk, The Wayfinders: Why Ancient Wisdom Matters In The Modern World by Wade Davis, anthropologist, ethnobotanist and author of The Serpent And The Rainbow, tonight (Thursday, January 21), 7 pm. $28. ROM, 100 Queen’s Park. 416-586-5797.