NowMagazineNewsVeteran progressive councillors left out in the cold by John Tory

Veteran progressive councillors left out in the cold by John Tory

Prominent left-wing councillors are preparing for an extended freeze-out at City Hall, after council approved the rest of Mayor John. 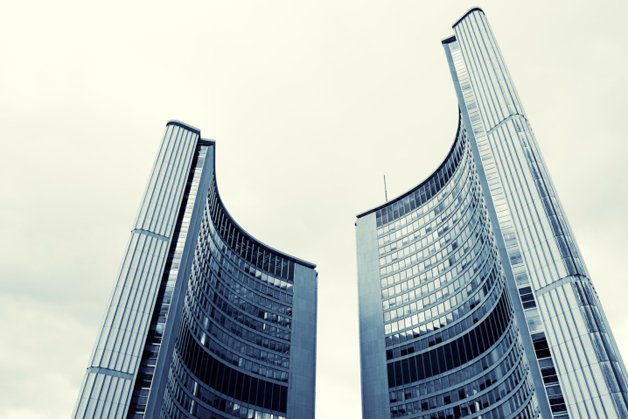 Prominent left-wing councillors are preparing for an extended freeze-out at City Hall, after council approved the rest of Mayor John Tory’s slate of council appointments on Wednesday.

At their first meeting on Tuesday, council confirmed Tory’s choice for deputy mayor and the chairs of standing committees. The deputy post went to hard-line conservative Denzil Minnan-Wong, while the chair positions went to right or centre-right council members, many of whom were part of former mayor Rob Fords administration.

On the second day of the meeting in a 38-6 vote, Frances Nunziata was elected speaker, a job she held last term under Ford. The new mayor controversially picked her to return to the role, and she survived an abortive challenge form Councillor Maria Augimeri. A progressive veteran, Augimeri said Tuesday she would try to oust Nunziata but she backed down ahead of Wednesday’s council session, citing a lack of support.

Augimeris climbdown was emblematic of a wider trend that will see several veteran members of council’s left playing only minor roles on the standing committees tasked with setting city policy.

Councillor Gord Perks, a vocal leader of the left last term, will serve on only one standing committee, the low-key Parks and Environment. Augimeri, who served as interim TTC chair last term, has also been relegated to Parks, while Janet Davis, a veteran who colleagues say knows the city budget inside and out, will toil on the Government Management Committee. While most councillors will also have additional spots on more minor committees, Anthony Perruzza’s sole role will be to sit on Public Works.

Councillor Paula Fletcher said that councillors traditionally affiliated with the NDP had been “set out on an orange ice floe in the middle of Grenadier Pond” by the Tory administration.

Fletcher, who will serve on the Community Development and Recreation and Civic Appointments Committees, said that the left will have to adapt their strategy in order to influence council’s agenda.

“We’ll be going issue by issue,” she said, predicting progressives could play a leadership role on causes around which there is consensus across council, like poverty reduction. Tory has identified that issue as one of his priorities.

Perks, who was denied his first choice of returning to the Public Works Committee, said he simply plans to show up to a lot of committee meetings regardless of whether or not he’s not a member.

“The great thing about this system is any member of council can attend any committee meeting,” he said. “They can’t freeze me out. The people of Ward 14 put me here, and I have a job to do.”

Some members affiliated with the left’s old guard will wield influence, however. Shelley Carroll nabbed the deputy speaker role, as well as seats on the TTC and police services boards, the Economic Development Committee, and the powerful Budget Committee. Pam McConnell got a symbolic deputy mayor position and two committee posts.

Joe Mihevc, another old school progressive, will sit on the TTC board, the Community Development Committee, and the Board of Health. But in a speech to council he admonished Tory for falling short of his promise to cooperate with councillors of all political stripes. He urged the new mayor to recognize that “there are partners here from across all the different spectrums of the city of Toronto, and we want to work together.”

Deputy Mayor Denzil Minnan-Wong defended the administration’s appointments, claiming that 90 per cent of councillors’ first or second choices were satisfied.

“Ninety per cent is a good number,” he said. “You can’t always get what you want.”

While some councillors complained about not having enough influence, there were concerns about other members having too much. Giorgio Mammoliti was selected to 12 positions, including the Exhibition Place Board of Governors, Zoo Board, and Civic Appointments Committee, despite being mired in controversy for much of the past four years.

In June, Mammoliti launched a legal challenge after council docked him 90 days pay for an improper $80,000 fundraiser that prompted a police probe, and he has also been charged with election spending offences stemming from the 2010 campaign. Both issues are making their way through the courts.

On Wednesday Councillor Mike Layton tried to have Mammoliti kicked off the Exhibition Place Board of Governors and replaced with Perks, but was defeated in a 26-19 vote. Councillor Filion tried to remove him from another committee, but withdrew after a colleague proposed adding two more councillors to the body in order to dilute Mammolitis influence.

In a speech to council Mammoliti shot back at his critics by reminding them that despite the scandals that dog him, he was easily re-elected in October.

Im here for the 60,000 people in my own ward, he said, warning his colleagues there would be war if they tried to take away his appointments. I want to start fresh with a new term.

After the meeting, Tory was asked whether he was concerned about Mammoliti holding positions of power at City Hall.

Im not going to prejudge any of these kinds of things that are in front of tribunals or courts, he replied. When they rule, or when they issue their reports, then well take those as they come and act accordingly.